You are here: Home  /  ALL DEALS  /  Amazon’s Jeff Bezos has the best hand in India’s e-commerce game
ALL DEALS 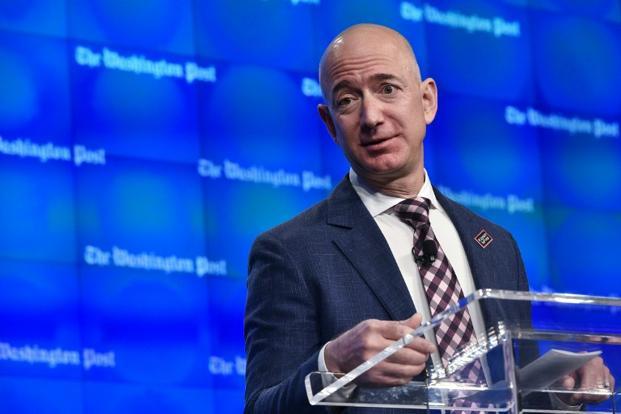 A file photo of Jeff Bezos. Bezos is piling up his chips while counting aloud, so his opponents can watch and hear clearly. Photo: AFP

There are four rounds of betting in poker—pocket, flop, turn and river. In my bookThe Golden Tap— The inside story of hyper-funded Indian startups, I write about the Indian e-commerce wars as a game of poker between Amazon.com’s Jeff Bezos, Tiger Global Management’s Lee Fixel and SoftBank’s Masayoshi Son.

The first round of betting on pocket hands happened in the summer of 2013, when Bezos launched Amazon India, Fixel brought $300 million into Flipkart to counter, and Son entered Snapdeal by equalling eBay’s investment.

The second round of betting on the flop happened in the summer of 2014—when Fixel invested a billion dollars into Flipkart on the back of JD’s initial public offering (IPO) on Nasdaq, Bezos raised the bet by writing a two billion dollar cheque with much fanfare and Son made a decisive investment in Snapdeal on the back of Alibaba’s IPO on the Nasdaq.

The third round of betting on the turn happened in the summer of 2015, when Flipkart’s roadshow on Wall Street made an IPO look distant, Bezos stacked up his chips as Amazon’s market cap grew handsomely, and Son brought in investments from Alibaba and Foxconn into Snapdeal to strengthen his hand.

We are now in 2016. The last round of betting on the river is about to begin. There is much anticipation of the ensuing drama. If the last six months since the Chinese market meltdown are anything to go by, Fixel is not going to make the first move. Tiger has taken a back seat in its Indian investments and hedged its bets by investing in Amazon. It is unlikely that Son will make the first move either, what with Alibaba’s hedge between Snapdeal and Paytm. In hindsight, Fixel and Son’s bets come across as calculated bluffs to make Bezos fold while waiting to hit a big card.

If I were a betting man, which I clearly am by the tone of this write-up, this is how it plays out.

The quantum of the bet will be too large for Fixel or Son to bet their funds on and they will have to look for support. The supporting funds who were drinking the Kool-Aid of valuation hyper-growth in 2014 and 2015—India is the next China, there is a small window of opportunity, it is a winner-take-all network-effects market, be the last man standing and the profits will come, etc.—now know better. Alibaba is probably the only company in the world that could stand up in support to call the bet. What will Alibaba do?

Alibaba could continue minding its own business in China and the rest of the world that wants to buy Chinese products. Alibaba could continue experimenting with strategic interests in India through its subsidiary Paytm that seems to be fully indoctrinated in the Alibaba playbook by now. Alibaba could quietly continue selling Chinese products to Indian consumers directly through AliExpress and indirectly through Snapdeal and Paytm. Alibaba could do all of this without losing anything. With the volatile global markets and slowing consumption in China, it would make sense to be capital efficient now and grow to new territories later.

On the other hand, Alibaba could take Amazon head-on in India. This is a war of the West versus the East, consumption versus production, developed versus emerging, US versus China. The prize is to be the largest e-commerce company of the world at the end of this decade. Will Alibaba call?