You are here: Home  /  COUPONS  /  American Express to offer coupons via Facebook
COUPONS 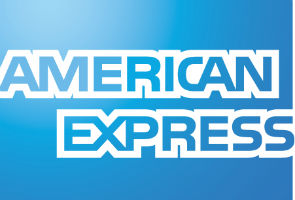 The card issuer on Monday night will launch a Facebook application that offers personalized coupons based on a cardholder’s likes, interests and other profile information. The announcement marks a significant entrant into the daily deals market, which has exploded in the past year.

For those familiar with Groupon and LivingSocial – by far the two largest daily deal sites – a key advantage of the Amex application is that there’s no need to spend money up front to get a deal.

Instead, cardholders simply click to add the deals they like to their Amex accounts. For example, if cardholders click on a deal to get $5 back for spending $20 at Whole Foods, they automatically get $5 credited to their Amex statement the next time they charge $20 at the market. Amex says credits should appear within three to five days after purchases are made, but may take up to two billing cycles.

In the Whole Foods example, cardholders would also earn Amex rewards points on the $15 that is ultimately charged to the card. There’s no penalty if deals are never used.

With Groupon and LivingSocial, by contrast, consumers have to pay for deals up front. And there’s no refund if the vouchers aren’t redeemed before they expire. That’s not an unusual problem; an estimated 20 percent of daily deals go unused, according to Yipit.com, which tracks the industry.

It’s not clear how personalized the Amex deals will be in the beginning, since the Facebook application is launching with offers from only about 100 national retailers. Amex says it plans to quickly start adding deals from local merchants in coming weeks.

The Amex application offers key perks for merchants, too.

Since all deals are redeemed on Amex cards, retailers can easily track how effectively specific offers drive up sales. For example, a store owner could see the total sales that resulted from a particular coupon, including the number of coupons that were redeemed and the average amount shoppers spent with the deal.

“They can see what deals work for them and which don’t,” said Luke Gebb, vice president of global marketing at Amex.

And unlike Groupon and LivingSocial, merchants don’t have to hand over a cut of their sales to American Express. The card issuer says it may start charging merchants in the future as the application gains a bigger following. For now the company will make money only from the interchange fees Amex collects from merchants whenever customers swipe their cards.

American Express also points out that the application removes the hassle of an actual coupon, meaning less confusion at the register for the retailer and shopper.

Notably, Amex isn’t the only major company looking to tap into the growing demand for online deals.

Meanwhile, Groupon, which was launched less than three years ago, now boasts 35 million subscribers in the U.S. The Chicago-based site last year rejected a $6 billion takeover offer from Google. Last month the site filed for an initial public offering with the Securities and Exchange Commission saying it hopes to raise at least $750 million.