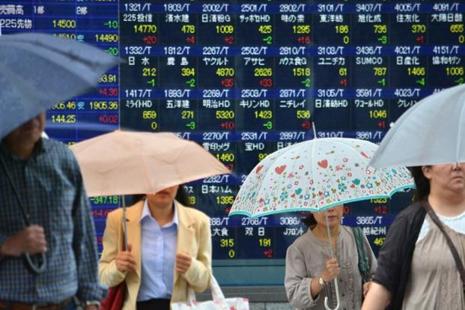 Apoorva Patni, son of Patni Computers co-founder Ashok Patni, plans to deploy nearly Rs.100 crore in the healthcare sector through his fund Currae Healthtech Fund. Patni, who has invested about Rs.10 crore in seven healthcare technology start-ups since 2015, plans to expand the fund’s portfolios to 20 companies with an expected investment of about Rs.100 crore.

“We realized healthcare was one area where there is a need for services. By 2015, the healthcare industry was $100 billion, by 2017 it will be $160 billion business. Hence, there is phenomenal growth in healthcare sector,” Apoorva Patni, director, Patni Healthcare Ltd said.

The firm has invested in healthcare start-ups such as BabyChakra, Allishealth, Mapmygenome, Wrig Nanosystems among others.

Mapmygenome is in the molecular diagnostics business which provides customers with health insights based on their genetic data.

Another portfolio company, BabyChakra is a Bengaluru-based website that helps young parents find playschools, paediatricians and gynaecologists. The two-year old start-up, which is backed by Mumbai Angels and Singapore Angel Network, claims to have connected more than 250,000 parents to 5,500 local services providers so far.

“Angel Investors invest in companies with ‘need to have’ propositions rather than ‘nice to have’ and healthcare is critical need,” said Padmaja Ruparel, an angel investor and president of the Indian Angel Network.

“Technology enablement allows companies to not only scale but also reduce costs for the ultimate consumer and therefore these ventures attract angel investors,” said Ruparel.

The Indian healthcare sector is expected to grow at a compound annual growth rate of 16% till 2020, according to an August 2015 FICCI-KPMG report.

“While the government has taken significant measures to improve access to quality care, this sector has also seen emergence of private players due to the growing healthcare needs of the population, with an inflow of both domestic and foreign investments. Recently, the private sector has seen emergence of innovative delivery models, helping improve access to healthcare not only in metros, but also in smaller towns in the country,” said the report titledHealthcare: The Neglected GDP Driver.

The Patni family, owners of Patni Computer Systems Ltd, diversified into newer areas after Patni Computers was acquired by a consortium of iGate Corp. and Apax Partners Llp in 2011.

Brothers Gajendra, Narendra and Ashok Patni sold their 45.6% stake in Patni Computers, along with the 17% held by private equity firm General Atlantic Partners, to the consortium in a deal worth $1.22 billion (Rs.5,500 crore).

After its maiden fund of $40 million, Nirvana is in process of raising second fund worth $75-100 million.