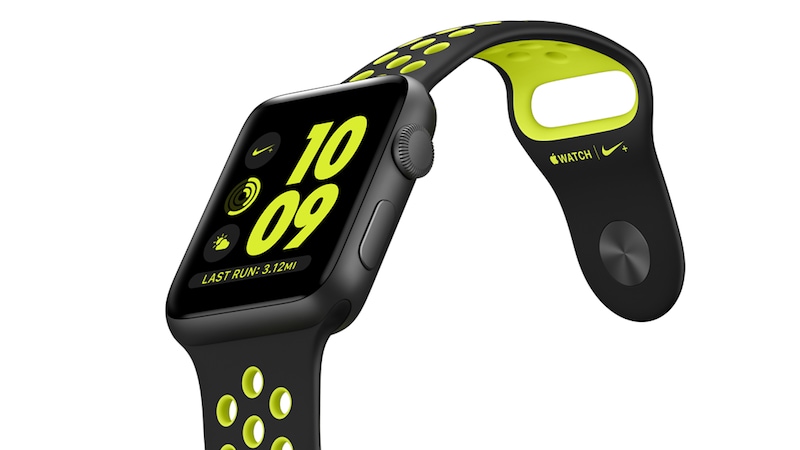 Apple Watch Nike+ Edition Price in India, Release Date Revealed
HIGHLIGHTS
The Apple Watch Nike+ edition will be available starting at Rs. 32,900
Built-in GPS can track your pace, distance and route
The smartwatch comes in four different colour combinations
After launching the Apple Watch Series 2 in India on October 7, Apple will launch the Apple Watch Nike+ edition on October 28, according to Apple’s website. The smartwatch is offered in 38mm and 42mm case size, priced at Rs. 32,900 and Rs. 34,900 respectively, It will be available via Nike’s website, Nike retail stores, Apple authorised resellers, and other select stores.

The Nike+ model, a variant of the Apple Watch Series 2, was unveiled at the event on September 2 alongside the new iPhone 7 and iPhone 7 Plus. The smartwatch is designed to feature a sporty look and feel with a lightweight, flexible fluoroelastomer, which is also used in Apple Watch Sport bands. It comes with perforated straps and fitness-centric apps including the Nike+ Run Club app.

The Apple Watch Nike+ has a built-in GPS that can track your pace, distance and route even without the iPhone. The smartwatch is water resistant up to a depth of 50 metres. The Nike+ model comes with all the features found in the Apple Watch Series 2, which includes Siri. The smartwatch come with Nike exclusive faces that feature the company’s iconic Volt colour.
The Apple Watch Nike+ edition comes in four different colour combinations. The Space Grey Aluminium case will be available with Black/Volt Nike Sports band and Black/Cool Grey Nike Sportband, while the Silver Aluminium case will be offered with Flat Silver/White Nike Sport band and Flat Silver/ Volt Nike Sport band.

The Apple Watch Series 2 launched earlier in October improves on its predecessor with a dual-core processor, a brighter 1000-nit Retina display with Force Touch and built-in GPS.