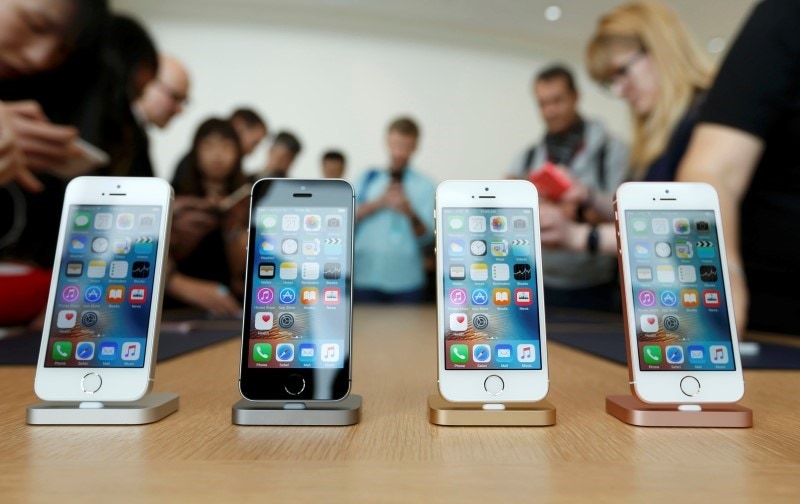 Apple’s iPhone, iPad, Mac Find a New Home in Macy’s Flagship New York Store
Customers at Macy’s flagship store in New York will be able to wander over from eyeliner to iPads.

Macy’s launched an Apple shop Friday at its Herald Square store, the first US department store with a hub devoted to the brand. The shop features a range of products including iPhones, iPads, MacBooks, and the new Nike-branded Apple watch. Staffed by Apple associates, it’s on the main floor in the heart of the busy cosmetics and fragrance area.

“This is one of the most sought-after products,” Terry Lundgren, the outgoing CEO of Macy’s, told The Associated Press. “We really cater to women better than most retail stores do. I do think that we are going to end up creating a business that is more female-friendly.”

Beyond the Apple shop, Macy’s is also moving to highlight consumer tech at 180 stores. It’s rolling out dedicated areas before the holiday season that will include Apple watches but also Fitbits and other “smart” watches. The Herald Square store will have this section as well.

The Apple partnership comes as Macy’s is collaborating with other brands to create almost a mini-mall. Macy’s and Luxottica Group have a partnership to open LensCrafters optical shops in as many as 500 stores over the next three years. That builds on its collaboration with the eyewear conglomerate’s Sunglass Hut brand that has led to Sunglass shops in nearly 700 Macy’s locations.
Macy’s, once a stellar performer, is aiming to reverse six straight quarters of declines for a key sales measure. It’s said it plans to close 100 stores next year and boost its online investments. Like many department stores, Macy’s is wrestling with shoppers’ shift in spending to home improvement and technology, and away from clothing. As more shoppers move online, it’s also trying to create more excitement in the stores.

The partnership with Apple to open a shop, Lundgren said, is “something we’ve worked on for years.”

He expects the Apple area to be the most densely staffed space. The area, near the main 34th Street entrance, has four light wood Apple tables displaying the products similar to those at standalone Apple stores and features bold graphics of the watches on the wall.