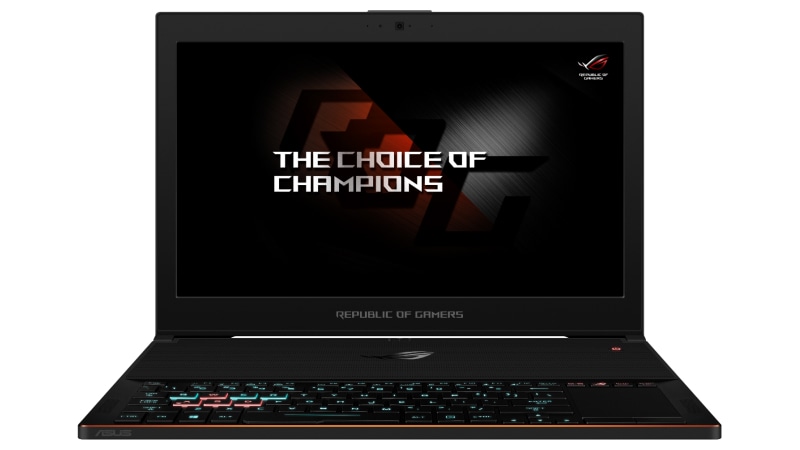 HIGHLIGHTS
Oppo F3 is priced at 19,990
It was launched earlier this month in India
The Black Edition will be launched on June 4
Apart from a host of laptops and tablets, Asus has also amped up its Republic of Gamers product lineup at Computex 2017 in Taipei. This includes the “world’s slimmest gaming laptop with a Nvidia GeForce GTX 1080”, the Asus ROG Zephyrus (GX501VI), and a new ROG Swift PG35VQ gaming monitor as well. At the ROG Computex event, Asus also unveiled a colourful Strix Fusion headset and a slick USB monitor called ZenScreen as well.

Starting with the big news, Asus’s ROG Zephyrus is a laptop built for gamers and is thinner than all the ROG laptops launched before. It boasts of high-end gaming hardware with support for Nvidia GeForce GTX 1080 graphics, seventh generation Intel Core i7-7700HQ processor, an optional 120Hz wide-view display, and it ships with the latest Windows 10 Creators Update. During intensive gaming sessions, Asus claims the ROG Zephyrus maintains its temperature with a new ‘Active Aerodynamic System’ air-flow design crammed into a 16.9 -17.9mm chassis. Asus claims that this new flexible system allows for 20 percent more airflow than before. The laptop weighs only 2.2kgs, and sports of a RGB keyboard as well.

The ROG Zephyrus’ display is at 15.6-inch (1920×1080 pixels) and supports up to 24GB of DDR4 RAM. The laptop offers 256GB, 512GB, and 1TB of M.2 PCIe NVMe SSD storage options. Ports include a Thunderbolt 3 Type-C, four USB 3.1 Type-A, HDMI 2.0 (for VR), and a 3.5mm headset opening. With respect to the keyboard design, the buttons are moved up front for better cooling management and make it feel more like a desktop system. The keyboard, as mentioned, has RGB lightning, and features anti-ghosting keys that can support up to 30 keys pressed at the same time.
Asus has launched two variants of the ROG Zephyrus, however, it does not properly specify the differences in the two, though one variant is speculated to downgrade the graphics to a GeForce GTX 1070 card. The ROG Zephyrus GX501VI variant is priced starting at $2699 (roughly Rs. 174,200) and the ROG Zephyrus GX501VS variant is priced starting at $2299 (roughly Rs. 148,400). Both the variants will be available at the end of June in the USA and Canada.

At the ROG event, Asus also launched the ROG Swift PG35VQ gaming monitor that has a quantum dot 3440×1440 pixels LCD display with HDR support. The refresh rate is pegged at an impressive 200Hz and it comes with G-sync support. There’s no word on pricing or availability. Alongside, Asus also launched the Strix Fusion headset with lights that can be configured to blink in sync with your fellow gamer. This is expected to ship sometime in the third quarter.

Lastly, it also launched a 15.6-inch 1080p USB monitor called ZenScreen. It comes with a pen to prop up the monitor, but do note that the ZenScreen does not have a touchscreen display nor does it support stylus. The ZenScreen is priced at $249 (roughly Rs. 16,000), and will launch in Taiwan first, with other markets to follow eventually.