You are here: Home  /  COMPUTERS  /  Cortana in India for Windows 10 users
COMPUTERS

Cortana in India for Windows 10 users 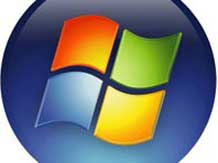 Microsoft has launched Cortana, its personal digital assistant, in India for Windows 10 users. The company said Cortana was customised to reflect the local accent, idioms and speech patterns of India, where it, for example, knows cricket and Sachin Tendulkar.
In September, Microsoft announced plans for Cortana India. And, the company had at the time said it was still working on improving voice support in the country, and would roll out the update later.
According to a report by NDTV’s Gadgets 360, Cortana now also recognises Indian festivals and customs. For instance, it knows what Diwali is. Asked what Cortana thought of the festival of lights, it said: “In the courtyard of AI imagination, I would light up a thousand diyas.”
Cortana can work with many apps. It can organise trips, search PNR status and book tickets using BookMyShow. It can track, manage and pay users’ post-paid phone by integrating with the popular payment apps in market like Paytm, but only Airtel and Vodafone in first phase.
[“source-business-standard”]
Tag Cortana in India for Windows 10 users