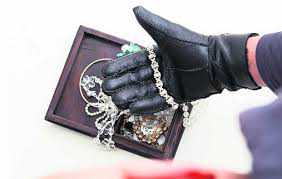 An electronics showroom, Micro IT Solutions, situated in Kochar Market, was burgled on the night of Tuesday. The thieves reportedly decamped with around 70 laptops and cash.

However, the police investigation suggested that the thieves did not steal these many laptops.

The thieves entered the showroom after prying open the main shutter. They were caught on the CCTV cameras.

Division 5 SHO Richa said two thieves entered the showroom. They had remained there for a few minutes. After stealing a few laptops, they fled the scene on their motorcycle.

The SHO said the showroom owner was yet to give a list of stolen laptops. The preliminary probe suggested that it could not be possible for thieves to take away 70 laptops on a motorcycle and it seemed only a few laptops were stolen.