You are here: Home  /  NEWS  /  Foxconn CEO Says Agreed With Sharp on Most Points of a Takeover Deal
NEWS 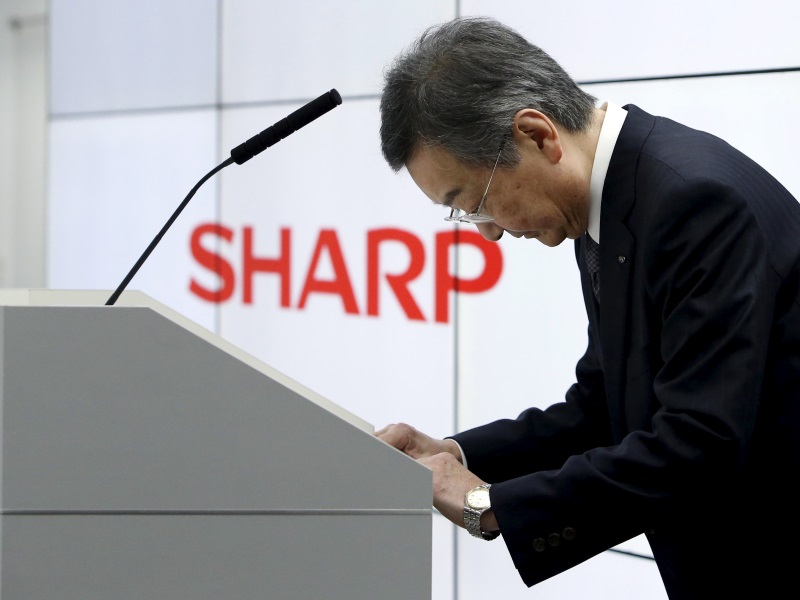 Taiwan’s Foxconn is aiming to finalise a deal to acquire Japan’s Sharp Corp by the end of the month, after the two firms reached a consensus on most points, Foxconn Chief Executive Officer Terry Gou said.

Foxconn, known formally as Hon Hai Precision Industry Co, has been given preferred negotiating rights and most remaining issues to be resolved were legal and regulatory, Gou said after meeting with executives of the struggling electronics maker on Friday.

The Apple Inc supplier has offered to invest around JPY 659 billion (roughly Rs. 37,862 crores) in Sharp, sources familiar with the matter have said – which would make it Foxconn’s biggest deal to date and the largest acquisition by a foreign company in Japan’s insulated tech sector.

“We have a consensus,” Gou told reporters. “The rest is a process … I don’t see a problem completing this process.”

The meeting with Sharp executives came one day after Sharp’s board decided to focus on Foxconn’s offer over a rival bid from a Japanese state-backed fund.

While many investors have faith in Gou’s business acumen, noting he has built up the world’s biggest contract maker of electronic gadgets from scratch, buying Sharp is seen as carrying as many, or more, risks than potential benefits.

A deal would give Foxconn access to the Japanese display maker’s cutting-edge technology at a time when clients such as Apple are likely looking ahead to more advanced flexible screens.

However, key concerns include slowing global sales for smartphones as well as fierce competition from South Korea and Chinese rivals that have hammered demand for Sharp’s liquid crystal displays and hindered it from making a recovery despite two major bank-led bailouts in the last four years.

The macro environment is not so great,” said Vincent Chen, head of regional research with Yuanta Research in Taipei. “Terry is very calculating. He has guts, but I really think there is still a big risk.”

Foxconn is also seen by some as overpaying for a loss-making company with the acquisition likely to weigh heavily on its balance sheet.

Japan-based sources familiar with the matter have also said there was still some wariness among Sharp and its creditors towards Gou after a 2012 agreement to form a strategic alliance and capital ties broke down.

But Sharp CEO Kozo Takahashi stressed on Thursday that Sharp and Foxconn had since forged a good relationship through the joint management of a plant in Japan.

Shares in Sharp soared to end 10 percent higher on Friday on the news that Gou had flown in to meet Sharp executives, bringing two-day gains to 28 percent and giving it a market value of $2.6 billion (roughly Rs. 17,579 crores).