You are here: Home  /  NEWS  /  How GIS is helping the United Nations to revolutionize manufacturing
NEWS

How GIS is helping the United Nations to revolutionize manufacturing 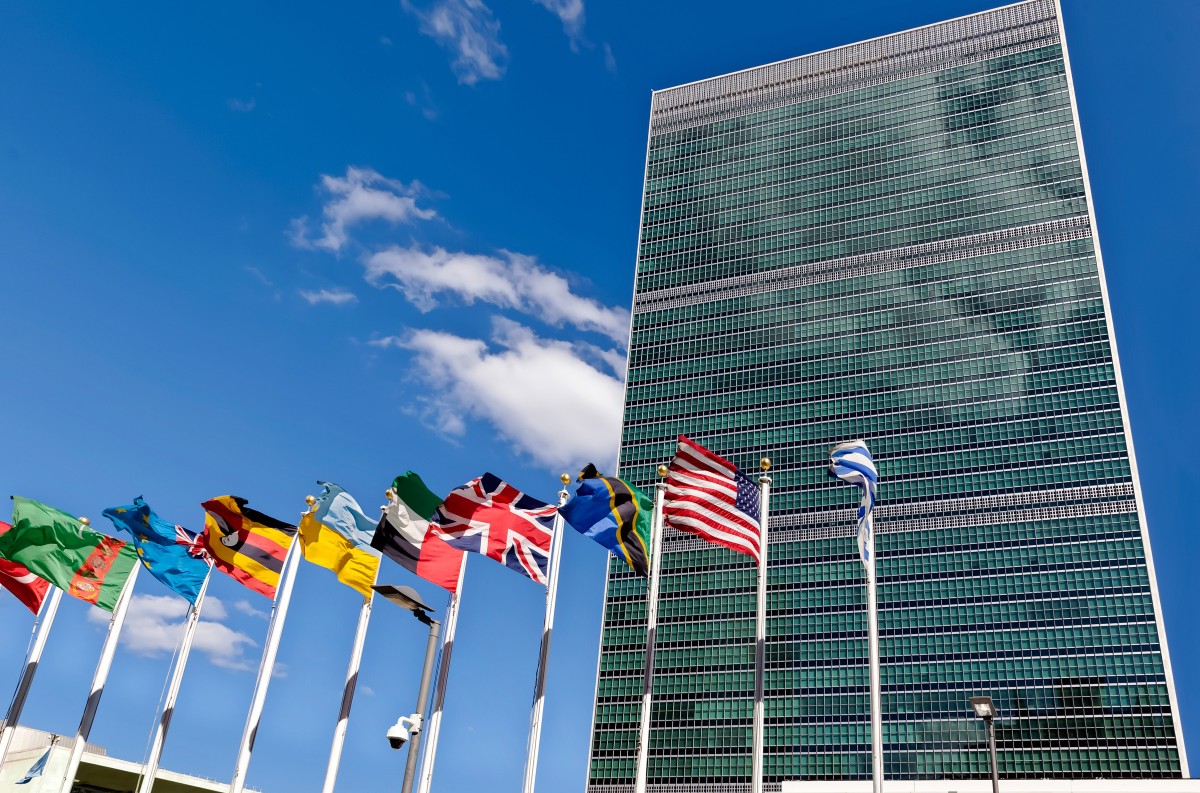 The United Nations forecasts that the Earth’s population will reach 9.2 billion by 2050, a 15 percent increase from today. More people means more products will be manufactured, more food grown, and more energy used.

In the twentieth century alone, 34 times the amount of construction materials were harvested, 27 times more ore and minerals were mined, and 12 times more fossil fuels were extracted than in previous years. This trend will only continue as the world is urbanized at a quickening pace and a rising global middle class seeks a higher standard of living with more consumer goods. An increase in industrial activity will attend such growth, but that might come at a high cost. It could threaten the planet’s store of raw resources and exacerbate climate change by adding many more megatons of greenhouse gases (GHGs) to industry’s current share of total emissions worldwide, already more than 20 percent.

Nabil Nasr, associate provost and director of the Golisano Institute for Sustainability (GIS) at Rochester Institute of Technology (RIT), points to a single issue at the heart of this problem: materials and how our current economic system uses them. Over the course of his career, Nasr has investigated how the existing “make, take, waste” approach to material use leads to costly waste, both in terms of the environment and business profitability. This is a linear economy model: Raw materials are extracted from the environment, inputted into a production process, and outputted as commodities. These products then enter the market, are used, and are discarded once their owners no longer find them useful. In linear production, the bulk of goods produced are no longer valuable the moment they end up in a waste stream.

Nasr’s research has challenged the technical and logistic assumptions underlining the linear economy in the context of manufacturing. He is among the world’s few experts in remanufacturing, an industrial methodology that manufacturers can use, he has argued, to achieve optimal material efficiency. More recently, he has become a voice for remanufacturing’s potential as part of the circular economy, a radically different approach to how resources—especially materials and energy—are appropriated and consumed currently.

In 2007, the United Nations Environment Programme (UNEP) launched the International Resource Panel (IRP) with the task of researching and better understanding resource use worldwide. The panel brings together the world’s most authoritative scientists and policymakers when it comes to managing natural resources in the face of scarcity and climate change. The panel brings their expertise to bear on critical issues around resource management, including scientific research, socio-economic ramifications, and industrial policies.

A new approach to material use in manufacturing
In 2017, Nasr was nominated by the UNEP-IRP to lead a novel study to deepen knowledge about existing methods for sustainably recovering valuable materials within manufacturing. The study was designed to evaluate a specific set of industrial processes: remanufacturing, comprehensive refurbishment, repair, and direct reuse. Each of these evolved independently over many years to serve different purposes and, as a consequence, are often misunderstood or confused with one another by businesses and policymakers across the globe.

As a group, these processes are distinct from recycling—and far less popular. Recycling, very generally, reduces materials to their constituent materials rather than restores value to specific components or products that have already been manufactured.

Individually, each method has conventionally been employed only within niche industry sectors. For example, remanufacturing is widely used by heavy machinery manufacturers like Caterpillar and John Deere, but is virtually non-existent within consumer electronics. Likewise, refurbishment, repair, and reuse are isolated to after-market sales and rarely form a part of a consumer goods manufacturer’s driving business strategy. The UNEP-IRP commissioned the study in order to develop a conceptual framework that would unify these processes to help businesses and governments implement circular economy solutions.

Nasr partnered with Jennifer Russell, a graduate of GIS’s doctoral program who is now an assistant professor at Virginia Tech, to conduct the study. Together they wrote a 2018 report on behalf of the UNEP-IRP, “Re-defining Value – The Manufacturing Revolution.” The report summarized their research and, most importantly, introduced a new term for thinking about remanufacturing, comprehensive refurbishment, repair, and direct reuse under a single umbrella: “value-retention processes” (VRPs).

Evidence-based and policy-relevant
“Re-defining Value” established how each VRP—remanufacturing, comprehensive refurbishment, repair, and direct reuse—is a unique, but complementary, pathway for retaining the inherent value of a product. The report was designed to support industry leaders, policymakers, and researchers in understanding VRPs through the lens of resource efficiency, the circular economy, and the environmental impacts associated with primary material production. For example, the report established that VRPs can reduce greenhouse-gas emissions by 79–99% while also cutting raw material use in production by 80–90% from current levels.

Nine case studies were included in the report. Each study examined the environmental and economic impacts of a single VRP on a different product. The selected products represented three manufacturing sectors (digital printers, vehicle parts, and heavy-duty and off-road equipment parts) and four economies (Brazil, China, Germany, and the United States).

Nasr and Russell found that VRPs can help decision-makers to reduce the environmental impact of manufacturing while increasing economic opportunity. But to do this, a new approach to production has to be taken that rethinks value entirely, how it’s created, how it’s preserved, and how it can be recovered cost-effectively.

The use of VRPs in our current global economy is minimal. Remanufacturing, for example, accounts for about 2% of manufacturing in the United States and just 1.9% in the European Union. The report was designed to counter the perception that what’s sustainable goes against smart business sense by rethinking how we assign value to a product.

Value is assigned differently in the circular economy. Products in a landfill are not at the end of their life, only at the end of one cycle of usage. A simple but important distinction: About sixty billion tons of material resources are extracted from the environment each year. VRPs can bring the value of those resources back into an economy for further production. This opens an opportunity for businesses and municipalities while reducing the need to source new raw materials by 80-99%, depending on the specific VRP and the degree to which recycling is used.

When it comes to creating VRP-friendly policies, the researchers warned against a one-size-fits-all strategy. They found that every country, industrialized or not, may offer unique opportunities for one or more VRPs, if not others. They concluded that global policymakers should be wary of some of the assumptions that come with categories for countries like “developed” and “developing” when considering how VRPs might be integrated into regional or national economies. Instead, policymakers should focus on determining specific barriers in different economic and production systems. If policies follow from careful consideration of individual economies, Nasr and Russell showed how different VRPs could help increase a country’s industrial productivity without depleting natural resources or harming the environment.

A new horizon for remanufacturing?
Set apart from the other VRPs, remanufacturing offers the most substantial and verifiable benefits in terms of resource efficiency and the circular economy. However, its adoption has been limited by considerable technical, logistical, and market challenges. “Re-defining Value” was the first report of its kind to assess these in detail.

VRPs for consumer electronics?
A May 2019 communiqué from the G7 Environment Ministers’ Meeting expressed support for the UNEP-IRP to continue its work around VRPs. The statement specifically saw the need for further work in support of “resource efficiency as a contribution to the G7 Alliance on Resource Efficiency’s planned work on value retention, notably by addressing their potential in the consumer goods sector.”

Nasr and his colleagues on the UNEP-IRP believe that consumer goods are a source of waste material with strong potential as feedstock for making VRP products. However, most everyday products don’t make it back to manufacturers after their first use. Of those that are returned, typically for refurbishment, most are discarded due to cost-analysis decisions on the part of businesses. This is especially true when it comes to consumer electronics, a fast-growing market that puts a heavy toll on natural resources.

The world threw out about 53 million metric tons of electronic waste (“e-waste”) in 2019. Despite slimmer, smaller designs, electronics today use raw materials like cobalt, lithium, indium, and rare-earth elements that require immense energy and cost to mine. Only 35 percent of electronics are recycled in the United States, with the rest going into landfills where they decompose and release toxic chemicals. The innovation cycle for consumer electronics continues to shorten at a lightning pace—new updates and models immediately render last year’s versions antiquated in the eyes of the consumer. All this relies on an extractive industry that has been revealed to be closely linked to exploitative labor practices (often involving children) and violent conflict in impoverished countries.

With all this in mind, is an electronics industry possible that is still economically viable and profitable?

For Nasr and Russell, the answer is yes—but it won’t happen without extraordinary changes in how companies and governments work. They believe that VRPs, especially remanufacturing, offer a clear pathway to the circular economy for consumer electronics. Not only would the negative environmental, economic, and social impacts be mitigated, but the logistical and technological shift would instigate new economic value and growth.

Tag GIS helping how is Nations Revolutionize The to united