You are here: Home  /  COMPUTERS  /  Microsoft Office 2016: Makes sense to get a subscription
COMPUTERS

Microsoft Office 2016: Makes sense to get a subscription 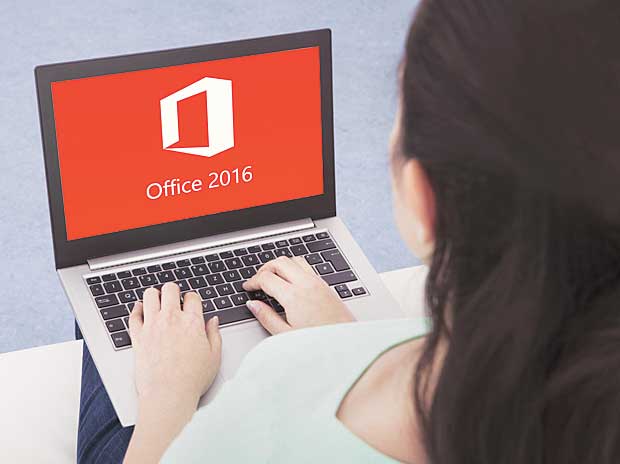 Microsoft launched the latest iteration of its office suite, Office 2016, last week. As an Office 365 Home subscriber, I got the option to download the software on Day One. After all, I’m paying Microsoft Rs 420 every month for this privilege!

After the installation was over, I tried hunting for “Microsoft Office 2016” on the Start menu; but it was nowhere to be found. Instead, I found each app under an independent head.

The first thing I noticed after opening Word and Excel was the broad coloured band on top: Blue for Word, green for Excel and so on. The other thing I noticed was a “Tell Me” box above the ribbon.

I approached this box with trepidation. Was this Clippit back for vengeance? Microsoft’s office assistant had been summarily banished after Office 2003.

Thankfully, my nightmare wasn’t back. The search box helpfully guided you if you couldn’t locate a particular feature in Office. Most importantly, it stayed in the background (unlike Clippit, which was a major distraction).

Unfortunately, only Excel, Outlook, PowerPoint and Word have it.

Word was a cakewalk after using Word 2007 for so many years. Clicking on File takes one to the “backstage” menu, which has a lot many options and is more convenient to hunt for recent files or where to save.

Excel, I’m told, has six new kinds of tables; but I spent most time looking at tables. Outlook works best with Microsoft Exchange and is little more than an IMAP client for the rest. OneNote picked up from its earlier iteration without breaking into a sweat, while I found Publisher redundant. PowerPoint and Access, in the limited time I used them, didn’t seem to have changed much, and that is a good thing.

The app I found most interesting was Sway, a content creation tool. It seemed like a cross between PowerPoint and Frontpage, Microsoft’s web page designer of yore. A caveat: While this is part of the Office suite, it wasn’t part of my subscription. But the good news is Sway is available for free online at sway.com.

Microsoft Office 2016 (Rs 5,999 for a perpetual licence of Home & Student for Windows or Mac) makes a lot of sense only if you’re using a pre-2007 version of the office suite. But if you’re someone who has stayed away from Office because of its prohibitive costs, get a subscription. You won’t regret it

Tag get a subscription Makes sense to Microsoft Office 2016