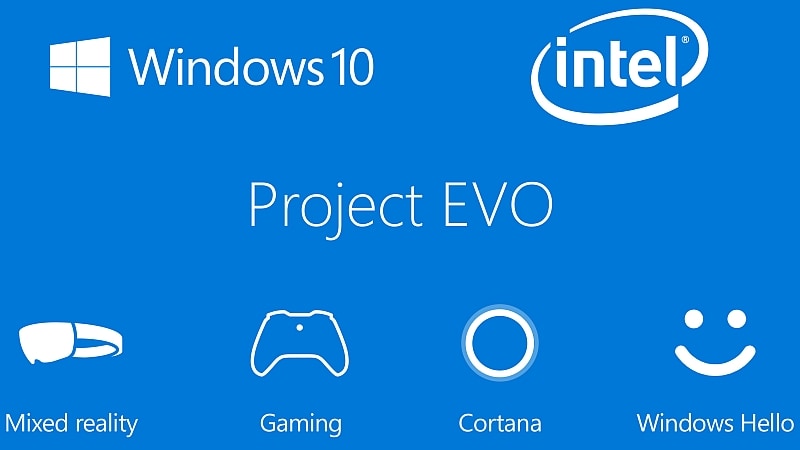 HIGHLIGHTS
Microsoft partners with Intel to help device makers incorporate Home Hub
Device makers can use Home Hub in a laptop or even a tablet
Home Hub is not expected to debut until late next year
Microsoft is reportedly working on a “Home Hub” feature for Windows 10 to allow users to perform various functions using voice commands. This feature is positioned to rival devices like Amazon Echo and Google Home. In the meanwhile, Microsoft has partnered with Intel for ‘Project Evo’, what appears to be a move to lay the hardware groundwork for this feature and allow device makers to incorporate Home Hub in a tablet laptop, or even a PC.

In a blog post, Terry Myerson, Executive Vice President of the Windows and Devices Group at Microsoft, detailed the areas the companies would be working together on. These include far-field speech communications (allowing users to use Cortana across the room), security capabilities to protect devices from malware and hacking threats (including biometric authentication), mixed reality experiences, and gaming innovations.

Microsoft looks to give the device makers the freedom to incorporate the latest artificial intelligence with Cortana in the hardware that they desire. “Customers are device creators. There’s a lot of enthusiasm for wake on voice, devices with far-field voice capabilities, devices with small screens, large screens, and no screens at all,” explained Myerson, in an interview with The Verge.
Microsoft doesn’t intend to make a hardware product similar to the Amazon Echo or Google Home, but just provide its device partners with the software ability to compete with them. This Home Hub feature should be able to listen to voice-based commands and perform tasks, support wake on voice and far-field speech communications, just like Amazon and Google’s AI assistants. This smart speaker’s feature will work on PCs, 2-in-1s, all-in-ones, and even tablets.

“From a platform perspective, our goal is to build this platform that provides a set of silicon options for these device creators, that allows them to choose the screen sizes they’re choosing, and allows them to decide whether they want touch or not, support pen or not. So they can pursue their own vision of what the ideal device is,” Myerson told the publication.
The Home Hub feature is not expected to launch before late next year. It is supposed to extend to Android and iOS devices as well, via the Cortana app. Microsoft is reportedly already in talks with hardware partners like Lenovo and HP to product Home Hub specific hardware. The new hardware that’s fully compatible with Home Hub may include light and motion sensors as well, that switches off the device when no-one is in the room.

Finally, in what definitely seems like a step towards Home Hub, the latest Insider Preview build of Windows 10 (build 14986) brings the ability to use Cortana to switch off your PC via voice commands. The Verge reports that Cortana can also be used to put the PC to sleep, or restart it, apart from locking the PC, and changing system volume. The update lets Cortana change tracks in some music streaming services like iHeartRadio and TuneInRadio, when the PC is locked. Two other Cortana based features are the abilities to ask which song is playing, and bring up a view optimised for distance viewing if users say “Hey Cortana” when the PC is idle for more than 10 seconds.