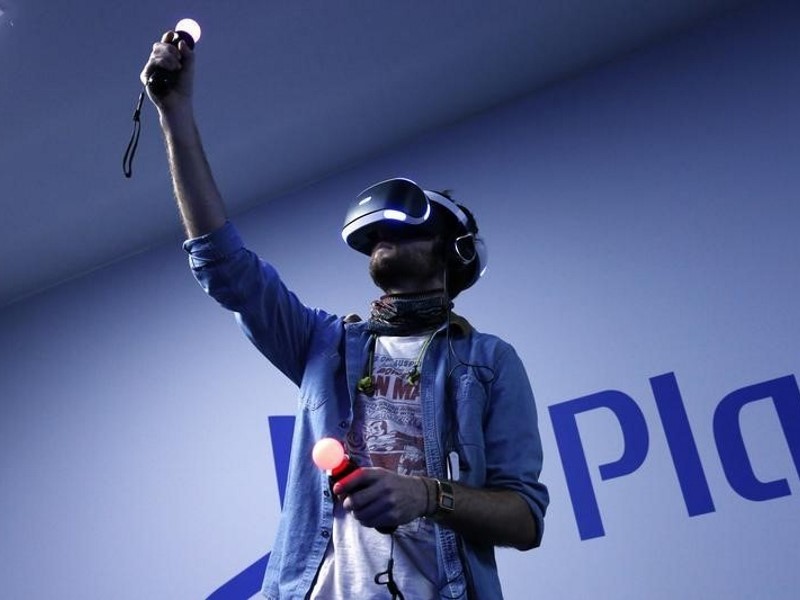 At the Game Developers Conference 2016 (GDC 2016) Sony finally revealed an October 2016 launch date for the Playstation VR, and also the launch price, of $399, or roughly Rs. 27,000, for the headset. Of course, you also need a Playstation 4 console, which costs the same, and Move controllers and Sony’s camera accessory, so all-in-all, you’re looking at spending close to $1,000, or roughly Rs. 68,000. Of course, many of the people who are interested in this system would already own a Playstation 4 at least, so for most people, the money they will have to spend in 2016 is not going to be as much as it would be if they were interested in any of the other “full” VR experiences.

While VR on mobile is cheap, it’s still very limited and lacks very important features such as depth tracking. That’s why the “full” VR battle is still between three contenders – the Playstation VR, the Oculus Rift, and the HTC Vive.

The Oculus Rift will set you back by $599, or roughly Rs. 40,000. It also needs a high-powered gaming PC to run, and unless you bought one pretty recently, you’re going to need to spring for an upgrade. Expect the total price of your system to run to around $1,499, or roughly Rs. 1 lakh.

The HTC Vive, made in collaboration with Valve, is available for pre-order at $799, or roughly Rs. 54,000, making it the most expensive of the VR headsets on the market. It’s also going to require a powerful PC just like the Oculus Rift, so you can add another $1,000 to the price unless you recently bought a high-end computer.

On price alone, the Playstation VR sounds like the best option, but it might be beaten by the others in terms of quality, according to Sony itself.

Sony’s headset comes with an Oled display that is 5.7-inches in size, at a 1920×1080 pixel resolution. That’s split between two eyes, so you will see things at significantly lower than a full-HD (at 960×1080 pixels) resolution. There are sensors for full 360-degree tracking and a refresh rate of 120Hz, which should give users a smooth experience, with a latency of less than 18ms. It also has a field of view of 100-degrees. 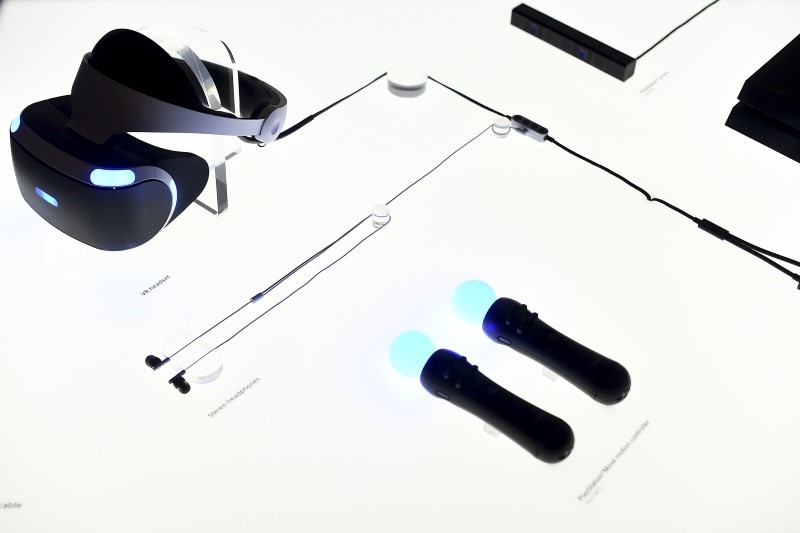 These are good specifications, but how do they hold up in front of the Oculus Rift and the Vive?

The Rift and the HTC Vive both run at a resolution of 2160×1200 pixels; that works out to 1080×1200 pixels per eye. That’s also not full-HD resolution, but it’s higher than that of the Playstation VR. Both headsets also claim a 110-degree field of view and a similar refresh rate and latency, so there will be more of the virtual world in your peripheral vision.

We haven’t used the final versions of any of the three headsets, but the Gear VR claims a 96-degree field of view with the Samsung Galaxy Note 5, and most of the time, you’ll feel like you’re really there. You don’t often notice the edges of your view, but when you do, it quickly breaks the immersion because it suddenly feels like you’re looking at the world through ski goggles. 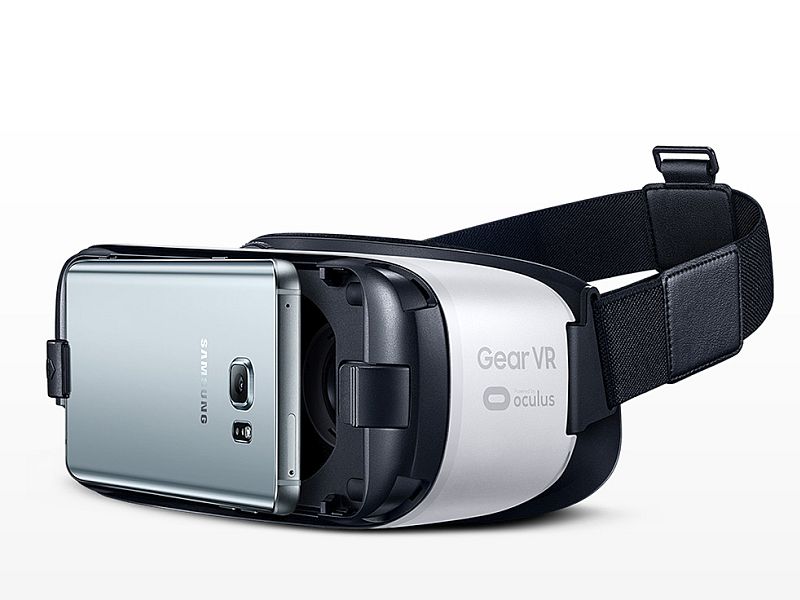 The field of view on the Oculus Rift Dev Kit 2 was 100-degrees, and as such, provided a perfectly good experience. You might start off aware of the boundaries of your vision, but as long as the content you were experiencing was well made, that stopped being an issue very quickly.

The Vive dev kit reportedly had a 110-degree field of view, and when we tried it out, provided a fully immersive experience where we were never thinking about the bounds of our vision at all.

The last big difference between the headsets is one of software availability. Sony’s headset is definitely going to see a lot more gaming related content; on the other hand, the Vive is being made by HTC in partnership with Valve, and that means access to a huge number of developers thanks to Steam. Oculus seems to be the only one left out in all this, but the Facebook-owned company was the pioneer in this wave of VR development, and made early partnerships with developers; independent developers keen to push the boundaries of VR are taking either Oculus-first, or Oculus-only approaches for now. 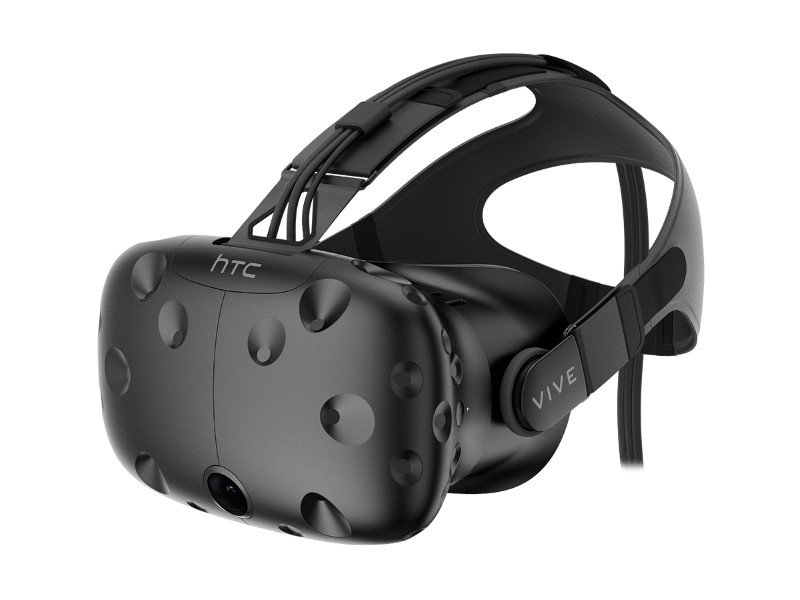 What this means is that if you’re excited about gaming, then all three options are pretty good right now. There will be a lot more to VR than just gaming though, and for that reason, the Vive and the Rift might be the more interesting options here.

Of course, at this point, VR is far from a must-have technology, and will remain in the hands of early adpoters for at least this year. Expect superior, and potentially cheaper, headsets to arrive over the next couple of years as the technology grows in scale.

At this point, if you’re planning on buying only one headset, then it makes sense to go with the headset that will work with the hardware you’ve already got. This means that if you have a cutting edge PC but not a PS4, you go with the Rift or the Vive; if you have a PS4 but not a gaming PC, the Playstation VR is the obvious choice. 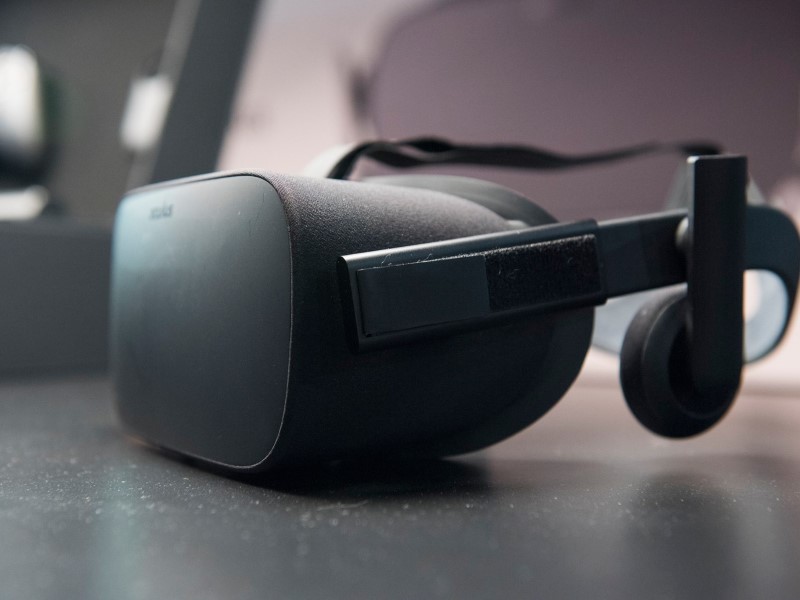 But what if you have neither, and are planning on buying a full setup? The Playstation VR is the cheapest and fastest way to get into VR, but the Rift might be better for people who want to experience a wide range of experiences, and not just games. On the other hand, the room scale support for the Vive means that it’s the perfect choice for people who’ve been dreaming about the Holodeck since they first saw it on Star Trek. Of course, these are all very early thoughts, before the retail versions of the different products are even available, so there’s a lot of scope for things to change over time. But one thing is clear, looking at the demos and specifications we’ve seen so far – all three headsets are very polished for first generation experiences, and if you’re an early adopter who is excited by VR, you can’t go wrong with any one.