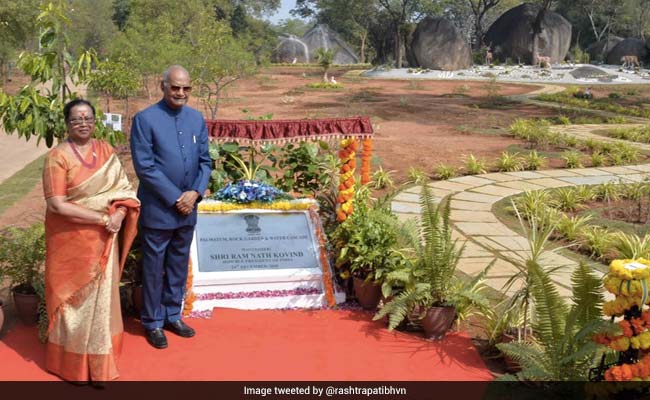 President Ram Nath Kovind today, during the last leg of his four-day visit to Telangana, inaugurated the Palmatum Rock Garden and Water Cascade near the Herbal Garden located at the President’s residence in the state. The president was accompanied by his wife, Savita Kovind during his trip to Telangana. President Kovind and Ms Savita Kovind posed for photographs amid the picturesque surroundings, which were uploaded on the President’s social media accounts today.

After the inauguration of the Rock Garden, Palm Garden and Water Cascade, he also paid an unscheduled visit to the Camp Office of the Telangana Police at his residence or the Rashtrapati Nilayam, as it is also known. He enquired about the facilities and the working conditions of the police personnel and also had tea with them, according to a tweet from the President’s official Twitter handle.

President Kovind and Ms Savita Kovind also took a stroll after inaugurating the Palmatum Rock Garden and water cascade at the herbal garden.

Both can be seen in the photos below, enjoying the picturesque surroundings: 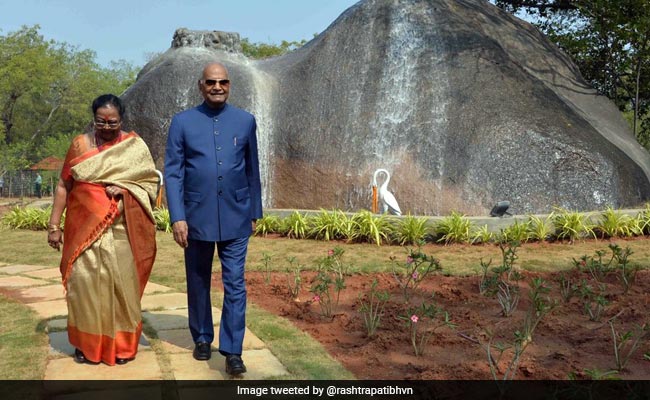 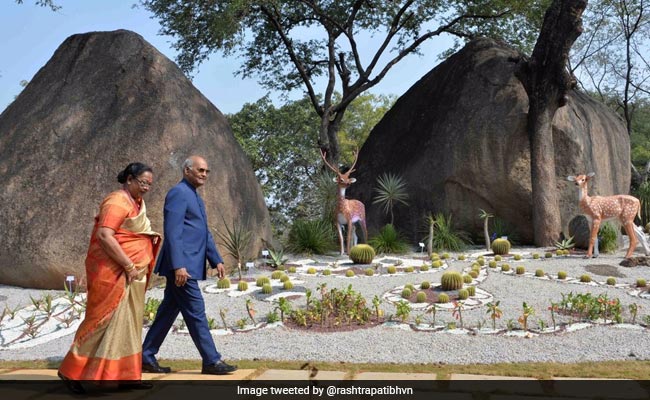 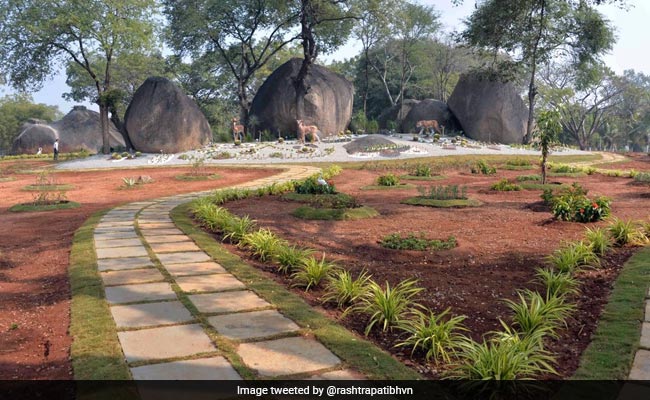