You are here: Home  /  CLOTHING  /  Revealed: reality of life working in an Ivanka Trump clothing factory 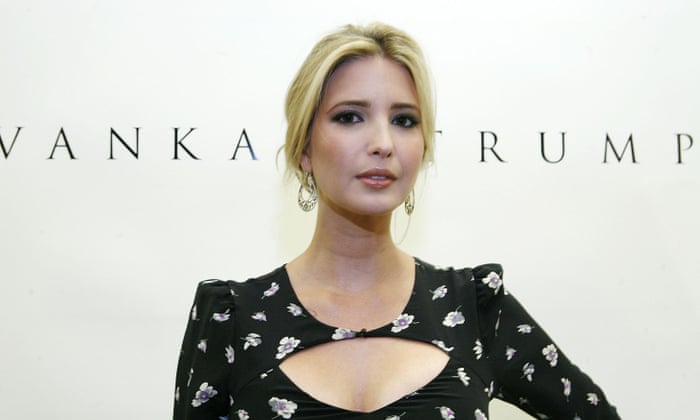 The reality of working in a factory making clothes for Ivanka Trump’s label has been laid bare, with employees speaking of being paid so little they cannot live with their children, anti-union intimidation and women being offered a bonus if they don’t take time off while menstruating.

The Guardian has spoken to more than a dozen workers at the fashion label’s factory in Subang, Indonesia, where employees describe being paid one of the lowest minimum wages in Asia and there are claims of impossibly high production targets and sporadically compensated overtime.

The workers’ complaints come only a week after labour activists investigating possible abuses at a Chinese factory that makes Ivanka Trump shoes disappeared into police custody. 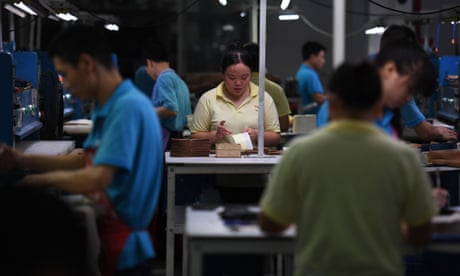 The activists’ group claimed they had uncovered a host of violations at the plant including salaries below China’s legal minimum wage, managers verbally abusing workers and “violations of women’s rights”.

In the Indonesian factory some of the complaints are similar, although the wages paid to employees in Subang are much lower.

Here we look at life inside the factory through interviews with workers, all who have asked for their details to be changed to avoid losing their jobs.

Alia is nothing if not industrious. She has worked in factories on and off since leaving her provincial high school, through the birth of two children, leading up to her current job making clothes for brands including Ivanka Trump at the PT Buma Apparel Industry factory in Subang, West Java.

Throughout her marriage to her husband, Ahmad, one or both of them has always worked. And yet, says Alia, the couple can never think about clearing their debts. Instead, what she has to show for years of work at PT Buma is two rooms in a dusty boarding house, rented for $30 a month and decorated with dozens of photos of their children because the couple can’t dream of having enough money to have them at home. The children live, instead, with their grandmother, hours away by motorcycle, and see their parents just one weekend a month, when they can afford the gasoline.

Her idea of work-life balance, she said, would be if she could see her children more than once a month

Alia makes the legal minimum wage for her job in her province: 2.3 million rupiah, or about $173 a month – but that legal minimum is among the lowest in Indonesia as a whole, and as much as 40% lower than in Chinese factories, another labour source for the Ivanka Trump brand.

PT Buma, a Korean-owned garment company started in Indonesia in 1999, is one of the suppliers of G-III Apparel Group, the wholesale manufacturer for prominent fashion brands including Trump’s clothing.

Many Buma workers know who Ivanka Trump is. Alia noticed her labels popping up on the clothes about a year ago.

Ahmad, who also works in the local garment industry and who, like his wife and most of the workers at her PT Buma factory, is an observant Muslim, said: “We don’t like Donald Trump’s policies.”

He had followed news of the so-called Muslim ban on TV this year. “But we’re not in a position to make employment decisions based on our principles,” he said.

When Alia was told the gist of Ivanka Trump’s new book on women in the workplace, she burst out laughing. Her idea of work-life balance, she said, would be if she could see her children more than once a month.

There are currently 2,759 workers at Buma, according to the regional manpower office, of which the total unionised workforce is about 200, split between two unions.

For the majority of non-union Buma workers, their job is a run-of-the-mill hardship to be endured. About three-quarters of them are women, many are mothers and several, like Alia, devote almost all their income to children with whom they can’t afford to live.

Sita, 23, is one such worker. She had to drop out of college when her parents got sick, and started working at Buma last year. She told the Guardian that her contract will be terminated soon, after seven months of work.

“That’s one of the company’s ways to cope with extra expenses,” she said. As a contract worker, she will not get any severance. “I can’t stand it any more. I work unpaid overtime every day and still earn just 2.3 million [rupiah] a month. I’m planning to move from Subang, where the minimum wage is too low. But I don’t know where to go yet. I haven’t got any connections.”

But for some the chance of a job and a pay packet – albeit a small one – is cause for some satisfaction.

Eka, a single mother in her 30s with two children, who has spent seven years at Buma, told the Guardian: “I still like my job. It’s not too hard.”

And Yuma, a young unmarried woman, said, “I’m glad that I work at Buma now, because my parents are farmers and it’s a tiring job. Here, at least there is air conditioning.”

The workers spoken to appear to typify the average employee making Ivanka Trump clothes in Indonesia. They are not egregiously abused but are in circumstances so far removed from the first daughter’s “women who work”brand that it was impossible for them to imagine a situation where anyone would wear the dresses they were sewing. Ivanka Trump stepped down from running her brand in January, although all products still bear her name on the label.

Women who are permanent employees at the Buma factory do get certain concessions: three months’ paid maternity leave (usually split between six weeks of pregnancy and six weeks post-birth), mandatory federal health insurance and a monthly bonus of $10.50 if they don’t take a day off for menstruation. How your clothing habits can boost your productivity at work?