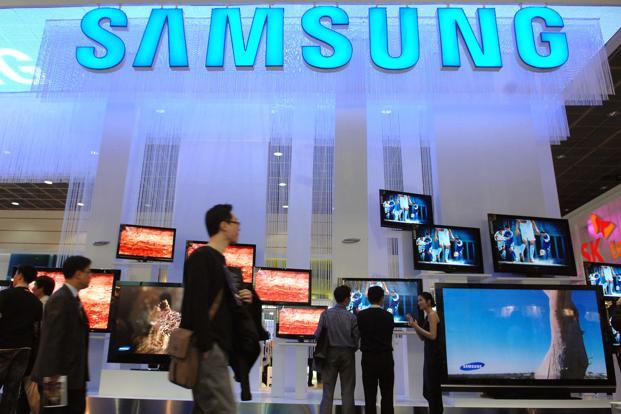 Seoul: Samsung Electronics apologised on Friday to workers who developed cancer after working at some of its factories, finally ending a decade-long dispute at the world’s top chipmaker.

The father of a dead 22-year-old worker and the company’s co-president Kim Ki-nam signed a formal settlement agreement in Seoul as other disabled ex-employees looked on.

“We sincerely apologise to the workers who suffered from illness and their families,” said the firm’s co-president Kim Ki-nam. “We have failed to properly manage health risks at our semiconductor and LCD factories.”

Samsung Electronics is the world’s biggest mobile phone manufacturer and chipmaker and the flagship subsidiary of the Samsung Group, by far the biggest of the family-controlled conglomerates that dominate the South’s economy.

Samsung currently operates vast semiconductor production compounds in Suwon as well as the cities of Hwaseong and Pyeongtaek, south of Seoul, as well as Xian in China.

Campaign groups say that about 240 people have suffered from work-related illnesses after being employed at Samsung semiconductor and display factories, with around 80 of them — many of them young women — dying.

Under a deal announced earlier this month, Samsung Electronics will pay the group’s employees compensation of up to 150 million won ($133,000) per case. It covers 16 types of cancer, some other rare illnesses, miscarriages and congenital diseases suffered by the workers’ children. Claimants can have worked at plants as far back as 1984.

The scandal emerged in 2007 when former workers at its semiconductor and display factories in Suwon, south of Seoul, and their families said that staff had been diagnosed or died of various forms of cancer.

A series of rulings and decisions by courts, Seoul’s state labour welfare agency and a mediation committee followed over more than 10 years, culminating in Friday’s announcement.

Hwang Sang-ki, who signed the agreement on behalf of the workers and their families, told reporters he was glad to have fulfilled his promise to his daughter, who died of leukaemia in 2007, to prove Samsung was to blame for her death. But he went on: “The apology honestly was not enough for the families of the victims but we will accept it.

“No amount of apology will be enough to heal all the insults, the pain of industrial injuries and the suffering of losing one’s family.

“I cannot forget the pain she and our family went through. Too many people have suffered the same fate.”

Little is known about possible connections between the production process in the factories and the workers’ illnesses, as Samsung has refused to disclose what specific chemical substances it uses, describing the information as a trade secret.

Hwang and other relatives have sought a court order to compel it to release the details.

“Compensation for industrial injury is important, but what’s more important is prevention,” said Hwang, whose story was made into a movie in 2013.

Samsung has played a key part in the South’s rise to become the world’s 11th-largest economy, but it is also the focus of resentment over the power and influence of the chaebols and has faced accusations of murky political connections.

Its de facto leader Lee Jae-yong was found guilty of bribing former president Park Geun-hye as part of the corruption scandal that brought her down, and he spent almost a year in prison before most of his convictions were overturned on appeal and he was released.

The cancer scandal is one of the worst instances of industrial injuries in the South, where safety standards sometimes belie its advanced technological status.

In January, four workers suffocated due to a gas leak at a steel factory owned by Posco — the country’s top steelmaker — in the southern city of Pohang.

This story has been published from a wire agency feed without modifications to the text. Only the headline has been changed.