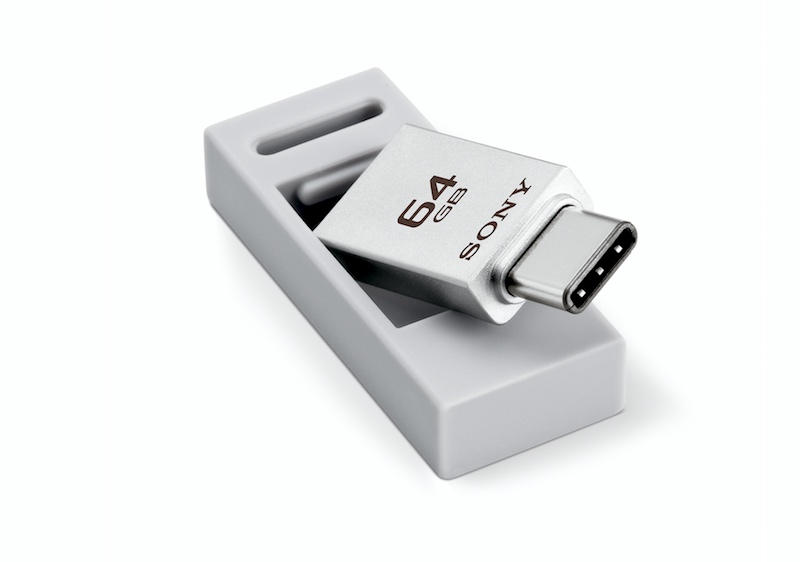 If you’re in the market to purchase a flash drive for your new USB Type-C equipped laptop, desktop, or tablet, you will want to check out Sony’s latest offering. The Japanese conglomerate has announced the launch of a new line of USB flash drives featuring dual connectors – both Type-C and Type-A – called the USB CA1-series.

Sony has announced USB drives in 16, 32, and 64GB variants that come equipped with the USB 3.1 Generation 1 standard, which as per the company’s claims, enables the drive to transfer (read) files at up to 130MB per second. Sony says that doubling the connectors has allowed it to broaden the usage abilities of the devices.

Explaining the thing in question, “the sleek connector is tailored to fit multiple devices such as your smartphone, yet robust enough to also fit your tablet and laptop. It is compatible with Windows,Macintosh, Android and Chromebook devices equipped with Type-C and Type-A ports, and makes for quick sharing and easy back up.” The company says that the new USB pen drives will be available to purchase from February, though exactly how much they would cost is still to be answered.

The timing of the announcement is interesting. Last year, a company representative has said that Sony won’t be including a USB Type-C port in its smartphones citing the lack of maturity in the segment. If the company has started to release products embracing what is quickly becoming a norm in the industry, it won’t be surprising to see Sony’s upcoming smartphones – likely to launch at MWC later this month – have a USB Type-C port as well. Why We Like Centum Electronics Limited’s (NSE:CENTUM) 24% Return On Capital Employed