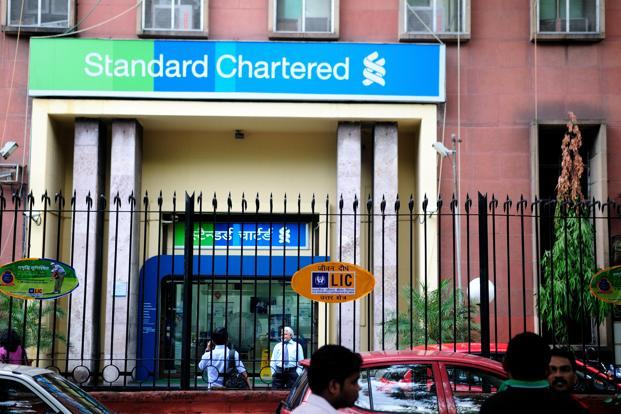 Standard Chartered Plc. on Tuesday reported a loss of $981 million from its India operations as loan impairments, including restructured loans, across its India portfolio surged almost eightfold to $1.3 billion in 2015 from $171 million in 2014.

The bank reported a full-year pre-tax loss of $1.5 billion, compared with a profit of $4.2 billion in 2014. This missed the average estimate for a profit of $1.37 billion by 20 analysts surveyed by Bloomberg.

“Impairments increased significantly, primarily driven by exposures to commodities and India, where corporates were impacted by continued stress on their balance sheets, coupled with a more challenging refinancing environment,” the bank said in its earnings report.

Standard Chartered, which has been among the most active foreign banks in lending to Indian companies, has taken a hit due to its large exposure to certain groups.

“Standard Chartered Bank’s asset quality issue is mainly because of their concentrated exposure to Indian corporates. In that sense, they are more like an Indian bank rather than a foreign bank operating in India,” said an analyst at a European bank on condition of anonymity.

In an interview in December, Ajay Kanwal, regional chief executive officer of Asean (Association of South-East Asian Nations) and South Asia at Standard Chartered, acknowledged that over-concentration was an issue in the bank’s India portfolio and that it was trying to correct that.

In November, Bloomberg reported that about $5 billion in advances Standard Chartered made to Indian borrowers had been internally classified as being at risk of default. This includes the $2.5 billion that Standard Chartered lent to the Essar group.

As of March 2015, Standard Chartered had a gross non-performing assets ratio of 8.9%, according to annual disclosures made by the bank. That may not be the worst of it.

The numbers mark the continuation of a period of turmoil and change since Bill Winters took over as CEO of the lender in June 2015. Former CEO Peter Sands stepped down in February 2015, giving in to pressure from investors who wanted changes at the bank to help reverse two years of falling profits. As part of the reshuffle, Jaspal Bindra, who was heading the bank’s Asia business, also left.

Soon after taking over, Winters announced a management restructuring. The British lender attributed the changes to “simplification” of the organization structure “that will improve accountability, speed up decision making, reduce bureaucracy”. Following this restructuring, Kanwal was given charge of the bank’s Asean and South Asia business. Sunil Kaushal, who was heading the India business, was moved to head the Africa and Middle East business of the bank.

In a December interview, Winters said that the wholesale lending mistakes made by Standard Chartered in India are well-documented and added that the bank was dealing with it.

“The teething realization is that we have to deal with the problems that are dragging the earnings down, even though it is a very small subset. We said that of the $320 billion of risk-weighted assets, we will sell $20 billion… In that $20 billion, there is a chunk of concentrated Indian exposures,” said Winters. “Bulk of our banking business in India is completely unaffected by these small concentrations of lending that has gone bad,” he added.

To be sure, Standard Chartered is not alone in facing pressure from stressed assets.

Publicly traded banks in India added nearly Rs.1 trillion in bad loans in the quarter ended 31 December, amounting to a 29% increase in the stock of deteriorated debt from end-September, as lenders responded to a central bank call to accelerate recognition of stressed assets.

Raghuram Rajan, governor of the Reserve Bank of India, set banks a March 2017 deadline for banks to clean up their balance sheets and has nudged them to treat some troubled loan accounts as bad and set aside money to cover the risk of default by the end of March.

“The Group has been actively managing the India Corporate & Institutional Clients and Commercial Clients portfolio in 2015 by reducing exposures to vulnerable accounts while limiting any increase in exposure to select client groups with credit grades stronger than the portfolio average,” Standard Chartered said in its annual report.

Standard Chartered added that the macroeconomic environment in India has remained challenging in the face of slow progress in reforms, high indebtedness in some sectors and a lower-than-expected refinancing appetite of local banks.

With earlier anticipated improvements not materializing, exposure to stressed corporate entities was impacted further and recoveries on impaired accounts were not satisfactory, the bank said.

“Consequently, impairments have risen significantly in 2015, mainly driven by counterparties who were already stressed in 2014. In addition, there was also a change in underlying assumptions regarding prospects of recovery on available collateral due to the challenging market conditions and recent experience from recoveries on impaired accounts,” the bank added. Faced with these headwinds, the bank has reduced the size of its India portfolio to $30 billion as of 31 December 2015 from $35 billion in 2014. The bank’s India portfolio peaked at $42 billion in 2012.

On Tuesday, the Indian depository receipts of Standard Chartered closed at Rs.40.25 on BSE, down 4.39% from their previous close, while the benchmark Sensex index fell 1.6% to close at 23,410.18 points.