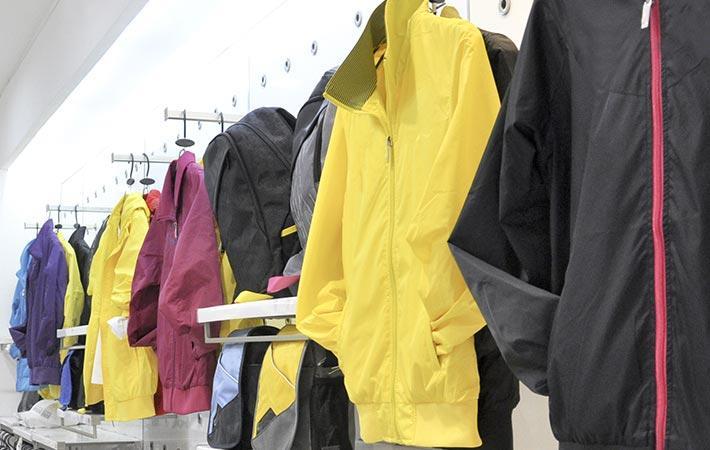 Scientists from the Stanford University have engineered a low-cost plastic material that could result in clothing that cools the wearer, reducing the need for energy-consuming air conditioning in hot climates. The material works by allowing the body to discharge heat in two ways, making the wearer feel nearly four degrees Fahrenheit cooler.

“If you can cool the person rather than the building where they work or live, that will save energy,” said Yi Cui, associate professor of materials science and engineering at Stanford University and of photon science at SLAC National Accelerator Laboratory. Cui is the principal investigator of the research.

One way the material cools is by letting perspiration evaporate through the material, which ordinary fabrics also do. But, there is also a second cooling mechanism which allows heat that the body emits as infrared radiation to pass through the plastic textile.

All objects, including our bodies, throw off heat in the form of infrared radiation, an invisible and benign wavelength of light. Blankets warm us by trapping infrared heat emissions close to the body. This thermal radiation escaping from our bodies is what makes us visible in the dark through night-vision goggles, scientists said.

“Forty to 60 per cent of our body heat is dissipated as infrared radiation when we are sitting in an office. But until now there has been little or no research on designing the thermal radiation characteristics of textiles,” said Shanhui Fan, co-author of the study and a professor of electrical engineering who specialises in photonics, the study of visible and invisible light.

The research blended computer simulations, nanotechnology, photonics and chemistry to give polyethylene a number of characteristics desirable in clothing material. It allows thermal radiation, air and water vapour to pass right through and is opaque to visible light. The easiest attribute was allowing infrared radiation to pass through the material, because this is a characteristic of ordinary polyethylene food wrap. Kitchen plastic though is impervious to water and is see-through as well, rendering it useless as clothing.

The Stanford researchers tackled these deficiencies one at a time. As an initial step, they created computer models that captured the optical properties of nanoporous polyethylene.

“By adjusting for a variety of parameters we were able to identify a pore size range, a nanopore, that best suited the purpose of the textile, one that is highly opaque visibly and at the same time highly transparent in the thermal wavelength range,” said Fan.

“Solving for electromagnetic wave propagation in large 3D structures is very computationally demanding, and can only be done on high-performance computers. Otherwise it would take too much of time. The large shared memory in the Comet cluster was quite beneficial for the code that we were using,” he added.

Using their computer models as a guide, the researchers found a variant of polyethylene commonly used in battery making that has a specific nanostructure that is opaque to visible light yet is transparent to infrared radiation, which could let body heat escape. They then modified the industrial polyethylene to enable water vapour molecules to evaporate through nanopores in the plastic, said postdoctoral scholar and team member Po-Chun Hsu.

The researchers are continuing work on several fronts, including adding more colours, textures, and cloth-like characteristics to their material.