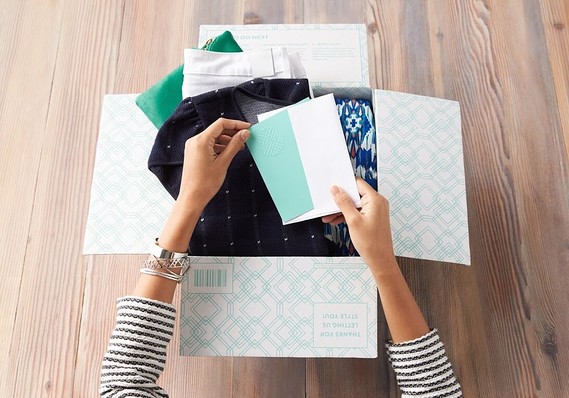 Shopping for clothes is increasingly moving online and growing more personalized as retailers make stylists available to handpick items to ship to customers through subscription services.

Unlike traditional retailers and brands like Under Armour Inc. UAA, -1.03% and Gap Inc. GPS, +1.52% Stitch Fix has always been in the online styling business, and now it has filed to go public.

The company has applied to list its Class A common stock on the Nasdaq under the ticker symbol “SFIX.”

Here’s what to know before the company goes public:

Most of Stitch Fix’s sales come from repeat customers

Founded in 2011, Stitch Fix has recently expanded beyond women’s clothing into petites, maternity, men’s and plus-size apparel. The company had 2.19 million active clients as of July 29, and a repeat rate of 83% in 2016 and 86% in 2017. Stitch Fix defines its repeat rate as net revenue from clients who have previously made a purchase, excluding things like styling fees, taxes and refunds.

The company says “a high proportion” of its revenue stems from repeat purchases. Any change in that, whether from customers who no longer see the appeal of the service, those who make fewer purchases, or other shifts in activity, could hurt the business.

Read: Retailers should get ready for another stressful year in 2018

It uses technology and client feedback for personalized shopping experience

Clients provide Stitch Fix with a style profile that includes size, fit, price range and preferences, such as which parts of the body the client likes to flaunt and the kinds of events they frequent.

After sending a shipment, the company says more than 85% of clients provide feedback, which Stitch Fix uses to drive further customization.

Its algorithms, client-data collection efforts and its 3,000-plus stylist organization raise the probability that clients will keep the items sent to them, according to Stitch Fix.

Growing is a pricey endeavor

The company does not to intend to pay dividends for the foreseeable future, so initial returns are dependent on stock price gains.

To attract talent in the San Francisco Bay Area where the company is headquartered, it says it has to offer competitive compensation and benefits. Still, it says it may not be able to fill positions quickly enough.

Acquiring clients means spending on marketing and referral programs, and the company is launching its first television advertising campaign, with plans for additional marketing spend.

“Our marketing initiatives may become increasingly expensive and generating a meaningful return on those initiatives may be difficult,” the company said in its prospectus. “Even if we successfully increase revenue as a result of our paid marketing efforts, it may not offset the additional marketing expenses we incur.”

Don’t miss: Artificial intelligence will be important this holiday shopping season even if shoppers don’t know it

Fashion trends are always changing, and Stitch Fix knows it has to stay on trend, particularly since purchase contracts are signed well before client purchases are confirmed.

“[L]ead times for many of our purchasing decisions may make it difficult for us to respond rapidly to new or changing apparel trends or client acceptance of merchandise chosen by our merchandising buyers,” Stitch Fix wrote.

Also, like traditional retailers, managing inventory can be a challenge.

“In the past, we have not always predicted our clients’ preferences and acceptance levels of our trend items with accuracy, which has resulted in significant write-offs and lower gross margins,” the prospectus said.

Read: Did you hear about the Whole Foods data breach?

Data breaches, fraud and a lack of internal financial reporting controls are a threat

Stitch Fix collects a “significant” amount of data from clients and is subject to privacy laws and other regulations. Any interruption of its internal applications or those of the third-party vendors it works with, either from internal sources or as a result of an external data breach, could interfere with the business.

Stitch Fix also found material weaknesses in its internal control of its financial reporting in 2016, mostly related to accounting and proprietary systems. The company has a review under way and has implemented an accounting system to solve its problems.

Stitch Fix has also encountered problems with stolen credit card numbers and other forms of fraud.