You are here: Home  /  ELECTRONICS  /  All stocked up, electronics makers see no immediate hit from virus
ELECTRONICS

All stocked up, electronics makers see no immediate hit from virus 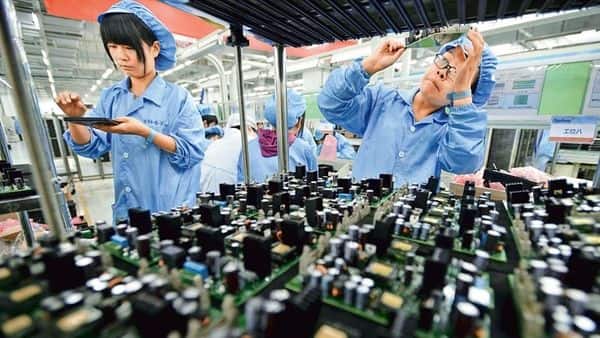 NEW DELHI : Indian electronics makers are unlikely to face immediate production disruptions because of the coronavirus outbreak in China, the global manufacturing base for electronic parts, as many of them had stocked up in advance anticipating Chinese New Year holidays.

Many of them may have to resort to production cutbacks if the health crisis worsens in China, where entire cities have been under lockdown due to the disease outbreak, according to industry executives. While the March quarter should be easy to manage, most of the impact will become clear in a month or so, they said.

The fact that the coronavirus outbreak happened during the Chinese New Year holiday period helped companies as they had to plan in advance for this quarter.

“If they are unable to solve this by 15 February, that will impact the manufacturing dependent industry from March onwards,” said S.N. Rai, co-founder and director of Lava. Rai said companies would have stocked up in advance for the January to March segment.

“The situation will be very precarious if this continues for another 15-30 days, because in the electronics industry you can’t manufacture even if one component is missing,” he added.

Devita Saraf, founder, chairman and CEO of television manufacturer Vu Technologies, said that it might be too early to make assessments right now. She said that while summer inventories for television companies might be hurt, this quarter shouldn’t see much impact.

Essentially, a prolonged disruption will see production capacities going down but little change in demand for electronic products in India.

That said, Rai added that costs aren’t expected to increase at the moment, and if they do then companies will have to pass them on to customers. However, he added that market-level shortages won’t reflectfor at least four weeks right now.

Arvinder Khurana, president of the All India Mobile Retailers Association, said that based on his conversations with mobile phone companies such as Realme, Oppo and Vivo, among others, that assemble products in India, stocks or prices of products shouldn’t be impacted. He said most smartphone makers have started assembling products in India, which means they already have components for this quarter.

“Brands have components and stocks for an entire quarter in advance usually, so there shouldn’t be any impact in this quarter,” he said.

If the disruptions extend for more than a month, production could be seriously hurt, suggested N.K. Goyal, president of Cellular Manufacturers Association of India. He said that even today 80% of all components are imported from China, which means there will be a shortage even for companies making in India if the coronavirus lockdown extends over a month.

The disruptions are also expected to affect global giants such as Apple Inc. In its first quarter earnings report, Apple had set an unusually wide revenue guidance range of $63-67 billion in view of the uncertainty.

Government warnings asking citizens to refrain from travelling to China have already forced companies to cut down on travel. Three people aware of the matter said the employees of Xiaomi, Realme, Vivo and Oppo phones had to halt all travel to and from China. As a result, employees who had travelled to China for the Chinese New Year are unable to return to India, while others had to cancel their plans to travel to China.

Further, many of the Chinese companies also depend on their Chinese units for software R&D. This is the side of the business that takes care of smartphone user interfaces, apps and other software. While some of them also have Indian units for R&D as well, any core issue can only be solved from China.