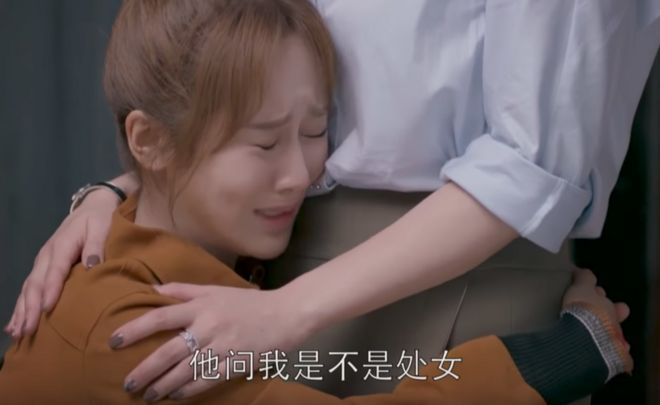 “He asked me whether I am a virgin,” says Qiu Yingying, bursting into tears.

She has just found out her relationship with boyfriend Ying Qin is over, after he found out she had had sex in the past.

The scene from China’s biggest soap opera right now, Ode to Joy, has triggered much discussion on whether virginity is still a prized asset for women in modern China.

Ode to Joy, now in its second season, tells the stories of five beautiful women from different walks of life who live in the same floor of an apartment complex in Shanghai.

The show, a less risque version of Sex and the City, is popular among women for its focus on romance, careers, friendships and the difficulties women face in the big city.

Qiu Yingying is a young but naive character, who values her relationship over everything else.

In the scene, she holds a dinner party to introduce her boyfriend to her friends, but the evening turns dramatic after her neighbour accidentally exposes her past relationship.

Her boyfriend, Ying Qin, storms off, furious. Yingying’s flatmate, Fan Shengmei, goes on to confront Ying Qin after he dumps her, generating this exchange;

Sex education in China is often poor. There are stories of male biology teachers skipping details of the female reproductive system in class and asking students to learn it by themselves.

And parents very rarely share information about sex with their children.

What almost all parents do, however, is warn their daughters not to have any dates before they graduate from university, fearing that they get hurt or become pregnant.

That means TV dramas are very influential in shaping audiences’ values. They are windows for young audiences, especially young women, to understand sex and sexuality and the ways views are changing.

Zi Yin, a Shanghai-based film assistant producer, told the BBC that even debating the topic was old-fashioned in the 21st Century. She thought it was “disgusting” for the show to make an issue of it.

In modern cities, women are more independent and liberated, she said.

“The virginity issue doesn’t trouble those well-educated women in China’s big cities like Shanghai and Shenzhen,” she told the BBC

“The independent and smart ladies are educated and encouraged to become China’s female president or to achieve high in their career.”

But not everyone agrees the virginity debate is over.

One of Ode to Joy’s female fans, Ziye Pei, told the BBC it was perfectly reasonable for a boyfriend who was a virgin himself to require his girlfriend to be so.

The only problem, she said, was if it was a double standard and the man expected chastity from a woman but not himself.

The issue was also being discussed by her university classmates in a social media group chat on China’s Twitter-like site, WeChat.

Someone questioned why there wasn’t gender equality when it came to chastity, but another said she couldn’t accept Ying Qin’s comment on women who had sex before marriage.

In the show, Qiu Yingying’s friends rally around to comfort her, encouraging her to have hope in the broken relationship.

It remains to be seen whether Ying Qin will have a change of heart and take her back, or whether she decides she’s better off without him.

But the many online forums around Ode to Joy are putting their hope in promotional videos, which seem to suggest they find a way around this dilemma and get back together.