You are here: Home  /  COMPUTERS  /  Windows 10 update BLOCK – Support for some computers DROPPED, are YOU affected?
COMPUTERS

Windows 10 update BLOCK – Support for some computers DROPPED, are YOU affected? 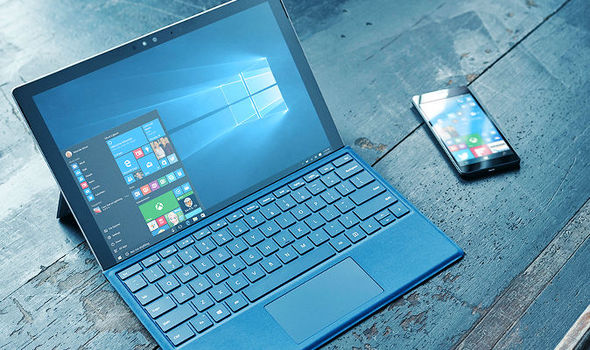 According to ZDnet, a number of two-in-one PCs announced in 2012 and sold throughout 2013 and 2014 will be unable to upgrade to the next version of Windows 10, dubbed Fall Creators Update.

The two-in-one convertible devices were eligible for the free Windows 10 upgrade in mid-2015, and were also bumped-up to the Anniversary Update (version 1607) in summer 2016 without any issues, it has been reported.

The reason these devices are unable to upgrade to Windows 10 Fall Creators Update is because of a fundamental incompatibility between the hardware and the new software release.

When the two-in-one attempts to upgrade to the latest version of Windows 10 an error message that reads, “Windows 10 is no longer supported on this PC” will appear.

According to ZDnet, this frustrating block applies to a number of devices, including the HP Envy X2, which first appears on the market in 2014.

Despite the Windows Setup program giving the system a clean bill of health, Creators Update was unable to upgrade the operating system on the device.

The same error message as above appeared during the installation process.

Acer addresses the issue on its website, where it confirms that devices that run Intel Clover Trail processors are unable to install Windows 10 Creators Update, let alone its successor, Windows 10 Fall Creators Update.

According to Acer, “Microsoft is working with us to help provide compatible drivers to address this incompatibility.

“If you install the Windows 10 creators update, icons and text may not appear at all, or may show up as solid colour blocks or bars.

“If you have already installed Creators Update and are experiencing problems, you can use Windows 10 recovery options to restore your system to the previous build.”

Here’s what you should do after a Windows 10 upgrade

It’s unclear how many devices running Intel Clover Trail processors are currently in use.

However, those who took advantage of the Windows 10 free upgrade back in 2015 could be in for a shock when they attempt to upgrade.

If your machine shipped with Windows 8 or Windows 8.1 – and was not designed to support Windows 10 – you could miss-out on crucial security updates and new functionality in the latest updates.