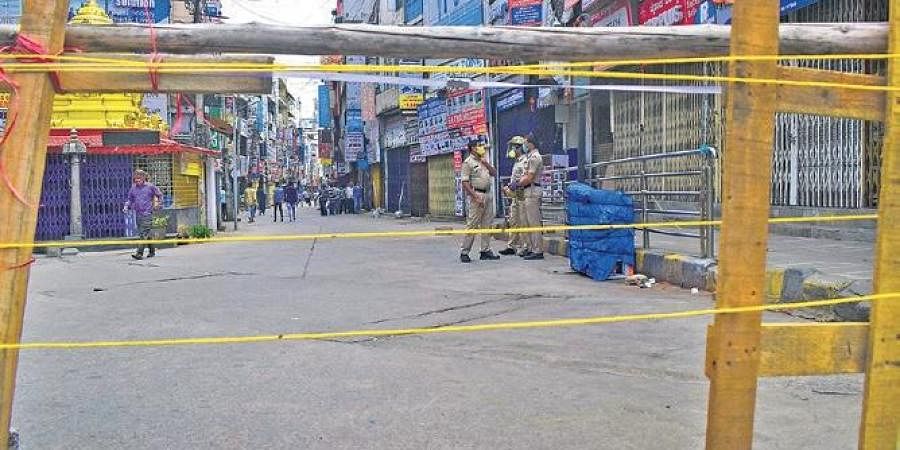 BENGALURU: Sadar Patrappa Road (SP Road), a go-to electronics and mechanics hub in Bengaluru, has been sealed after a 31-year-old woman, who had returned from Rajasthan, tested positive for Covid-19. She was in institutional quarantine at Ibis Hotel, but was allowed to go out even before test results came.

Bruhat Bengaluru Mahanagara Palike (BBMP) and health department officials listed the area as a containment zone on Tuesday night, after which police officials set up barricades early on Wednesday morning. Sources told The New Indian Express, “This is a case of sheer laxity by the health department, BBMP and hotel staff.

The patient was asked to leave the hotel even before her reports came back. After she was sent back home, her swab test results returned positive. Now, the entire area has been sealed, all commercial establishments have been shut again.” BBMP and health department officials expressed concern over the government revising quarantine guidelines, as many people were allowed to go home without even being tested or getting their results. BBMP Commissioner B H Anil Kumar said the patient had completed her seven-day institutional quarantine, and that Rajasthan is on the list of states exempted from mandatory testing and quarantine.

He added that despite her staying in an independent house, the narrow lanes of SP Road are densely populated, and the entire road has to be sealed till June 27. While the road has been sealed completely, only a part of the market has been kept open. This road is essential for several Bengalureans, as apart from electronics, it’s also a hub for car repair works and parts. To curb the surge in cases, BBMP and health department officials have decided to start health surveys.