You are here: Home  /  NEWS  /  Chicago Airport Plan Is Just One of Many Elon Musk Dream Projects
NEWS 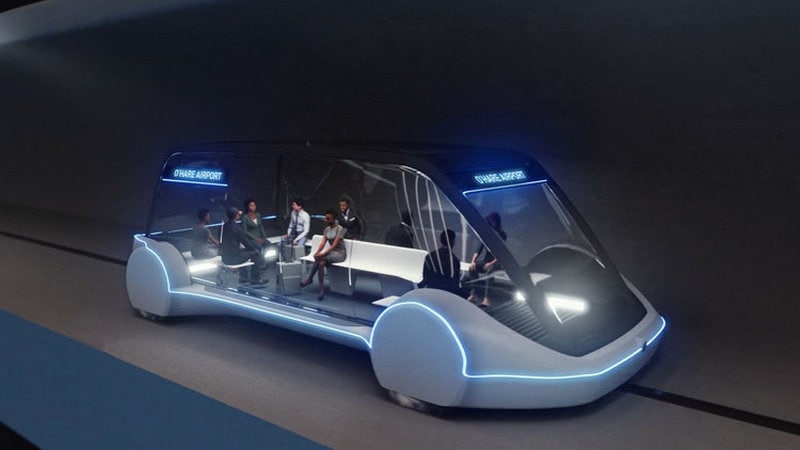 A newly announced project by billionaire innovator Elon Musk for a tunnel transit system that would carry travellers to and from Chicago O’Hare International Airport at up to 150 mph (241 kmph) is just another project on a growing list of Musk dream projects.

A look at some of the SpaceX and Tesla CEO’s most ambitious projects, where they stand now and some hurdles to their completion:

Mars mission
Arguably Musk’s boldest or most far-fetched project, depending on who you ask, is one to send manned missions to Mars. He’s even spoken about colonizing the red planet. According to the SpaceX website, the “aspirational goal is to send our first cargo mission to Mars in 2022.” The first unmanned Mars mission would seek to confirm the presence of water and identify other resources that could help sustain human life. And the manned Mars mission? Musk’s goal is for that to happen just two years later, in 2024. By contrast, NASA has spoken about the mid-2030s as a realistic goal for sending humans to Mars.

A powerful new rocket capable of making it to Mars is already being developed. The Los Angeles harbour commissioners in April approved a permit for SpaceX to build a facility on port land to manufacture it.

Among the unresolved challenges: How to protect humans from radiation on Mars, which lacks the atmosphere of Earth. There are psychological challenges, too. Humans on Mars, especially before a full human colony is established, would have to grapple with a sense of extreme isolation – and boredom.

Tunnelling
Chicago is one of several cities where Musk has spoken about using tunnel-boring technology developed by his Boring Co. for transportation projects. Among the furthest along is one that would scoot commuters underground on electric sleds called skates to the Los Angeles International Airport. Weeks after tweeting last year that snarling traffic was “driving me nuts,” Musk said work on a tunnel was about to start. Last month, he said a portion of a tunnel was almost finished under an LA suburb and would soon be ready for testing. Among the challenges for any such project is to secure the necessary approval from state and municipal governments. Last year, a suburban city council approved an approximately 2-mile (3.2-kilometer) test tunnel from Musk’s SpaceX rocket plant to a point east of LAX.

Hyperloop
Musk also wants to overhaul the entire US transportation system. He envisions an ultra-high-speed hyperloop system that involves nearly airless tubes that speed special capsules over long distances at up to 750 mph (1,200 kmph), using magnetism and solar power. It would carry both people and cargo.

It’s an idea many states are taking seriously. Several have said they are conducting feasibility studies, including Colorado, Texas and Missouri. Missouri was looking at whether such a system could be installed to move people between St. Louis and Kansas City in a half-hour’s time.

‘Better’ brains
Musk in 2017 announced a new venture called Neuralink, which is developing “ultra-high bandwidth implantable brain-computer interfaces to connect humans and computers,” its website says. Implants could treat neural disorders. Musk has also raised the possibility of artificially intelligent computers posing a threat to humanity in the future, and he says linking brains to computers could put humans’ abilities to process data on par with supercomputers. Linking technology directly to the human body is already happening, including to help deaf people hear. At least some neuroscientists say putting the timetable for actually hooking up brains to computers in terms of several years is overly optimistic.