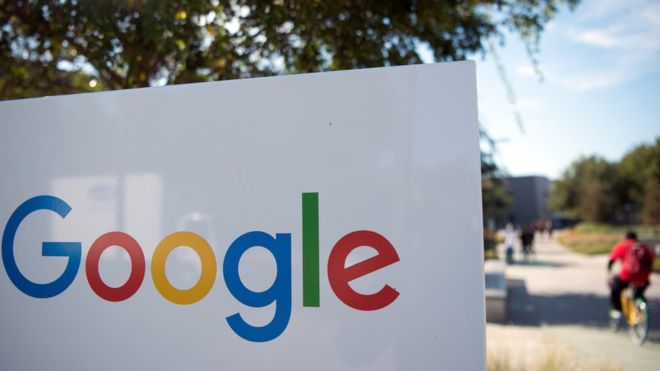 A Google employee who wrote a controversial memo about workplace diversity has been fired, the BBC can confirm.

The controversial memo broke the firm’s code of conduct, Google’s chief executive Sundar Pichai said on Monday in an email to employees.

The memo, shared widely at the weekend, suggested there were fewer women at Google due to biological differences.

Mr Pichai said the text crossed the line due to it “advancing harmful gender stereotypes in our workplace”.

Entitled Google’s Ideological Echo Chamber, the paper argued that “the abilities of men and women differ in part due to biological causes and that these differences may explain why we don’t see equal representation of women in tech and leadership”.

The author wrote: “We need to stop assuming that gender gaps imply sexism.”

Google has not confirmed who the employee is, but media reports name him as James Damore.

“[I was fired for] perpetuating gender stereotypes,” he told Reuters.

He also claimed to have received “many personal messages from fellow Googlers expressing their gratitude” for speaking out.

In his note to staff sent on Monday afternoon, Mr Pichai spoke at length about protecting free speech in Google’s ranks, and that “much of what was in that memo is fair to debate, regardless of whether a vast majority of Googlers disagree with it”.

But he added: “To suggest a group of our colleagues have traits that make them less biologically suited to that work is offensive and not OK.

“It is contrary to our basic values and our Code of Conduct, which expects ‘each Googler to do their utmost to create a workplace culture that is free of harassment, intimidation, bias and unlawful discrimination’.”

The tech firm’s new head of diversity, Danielle Brown, had earlier criticised the memo saying it had “advanced incorrect assumptions about gender”.