You are here: Home  /  NEWS  /  Japan Rocket Set to Blast Off for ISS on Wednesday
NEWS

Japan Rocket Set to Blast Off for ISS on Wednesday 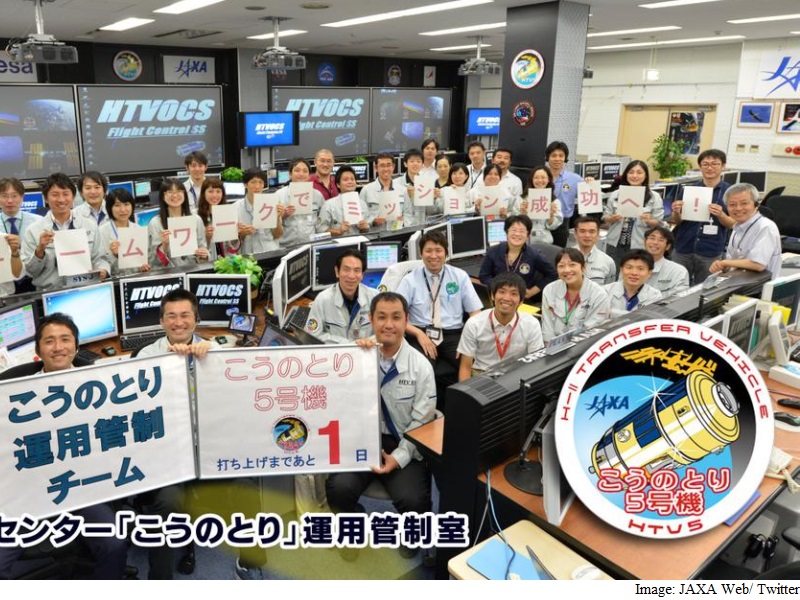 Japan Rocket Set to Blast Off for ISS on Wednesday
A Japanese rocket is set to blast off later Wednesday, carrying emergency supplies and an unmanned cargo vessel bound for the International Space Station.

The H-IIB rocket is set to lift off from the southern island of Tanegashima at 8:50pm (11:50am GMT or 5:20pm IST) after the launch was postponed twice due to weather conditions, the Japan Aerospace Exploration Agency (JAXA) said.

Officials from the government run agency said the launch was still on schedule as of Wednesday afternoon.

The rocket will carry a 5.5-tonne cargo vessel called “kounotori” (stork in Japanese), which contains supplies including food, water, clothing and tools necessary for experiments to be done in space.

Television footage showed the rocket loaded with the cargo being erected at the launcher on Wednesday.

The mission should reach the International Space Station, where Japanese astronaut Kimiya Yui is staying, on August 24.
Yui has been tasked with catching the cargo vessel with robotic arms and then affixing it to the space station.

The rocket will also carry parts for a water recycling system, after US-based Nasa asked its Japanese counterparts to include them as “emergency materials” in the cargo following the failure in June to launch a US Falcon 9 rocket.

The accident was the third in less than a year involving US and Russian supply ships bound for the International Space Station, and raised new concerns about the flow of food and gear to the astronauts living in orbit.

Tag blast for ISS Japan off on Rocket set to Wednesday