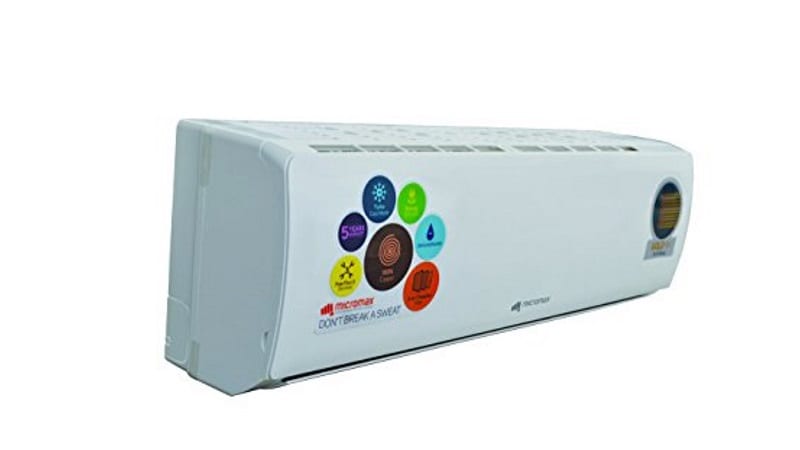 Micromax will foray into segments such as washing machine, refrigerator and microwave, as it
plans to be a complete consumer electronics maker, a top company official said. The homegrown company is planning to invest up to Rs. 300 crores on manufacturing.

It is also aiming to have 7 to 8 percent market share in the TV panel market this fiscal by selling around eight lakh units. The Gurugram-based firm, which had forayed into the Air conditioning segment last fiscal, will add more models in next season.

“In next one year, we will have 70-80 percent of product line up in the CE category. AC, air coolers, Washing machines in next one year,” Micromax Informatics Co-Founder Rajesh Agarwal told PTI. “The rest of the products like microwave, refrigerators will need more planning and we plan to introduce those in next two years,” he further said.

The company has presently plants at – Bhiwadi (Rajasthan), Rudrapur (Uttarakhand )and Telangana and have invested about 200-250 crore.

“In the next two-three years we will be investing another 200-300 crore for scaling up,” he added. “Micromax has the philosophy to grow into a complete CE brand. We have gained a respectable market share with 2 categories – AC and LED TV and in the next one year, our focus will be to strengthen existing categories with more products and market share and further introducing newer categories as well,” said Agarwal.

Micromax is also encouraged by the sales figure of its TV panels as last month it had sold around one lakh units. “In 2017-18, we plan to sell around 8,00,000 lakh units and we have a market share of 7-8 per cent. Last year we sold about 6.5 lakhs televisions,” said Agarwal.

According to the Consumer Electronics and Appliances Manufacturers Association, the Indian TV panel market is currently estimated to be around 11 million units per annum.

“We believe that Micromax has a huge potential and opportunity. While we have already started backward integration, and our manufacturing has helped, our aim is to also start PCB manufacturing in India for LED TVs,” he said.