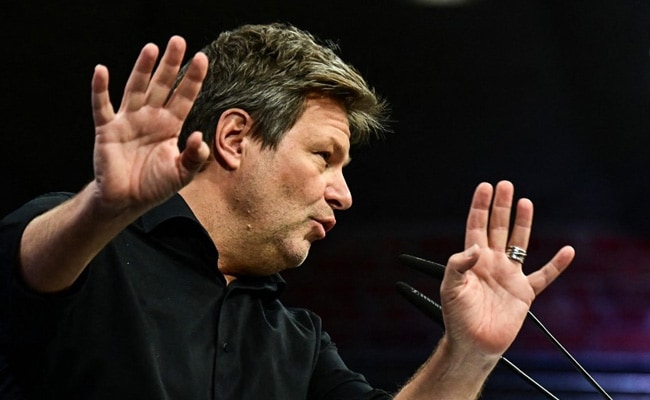 Robert Habeck, who will lead a new “super ministry” for climate, energy and the economy in the incoming German government, is the urbane Greens co-leader who helped turn the party into a major electoral force.

The 52-year-old philosopher and author has harnessed his soft-spoken charm as a powerful draw for the ecologist outfit, which is serving as a kingmaker in the new three-way coalition under designated chancellor Olaf Scholz.

Habeck was long seen as a possible finance minister, holding the purse strings in Europe’s top economy as it ploughs billions into a greener economy, but he lost a tug-of-war to the leader of the pro-business Free Democrats (FDP), Christian Lindner.

He will also serve as vice chancellor to Scholz.

“We are talking here about a moment to change the course of history,” Habeck insisted on the campaign train in the run-up to September’s general election in which the Greens placed third.

He made headlines in April when, he as the higher-profile member of the Greens’ leadership duo stepped aside in favour of his younger female partner in power, Annalena Baerbock, to be the party’s first candidate for chancellor.

When her bid for the top job ran into trouble over a plagiarism scandal and dubious bonus payments, Habeck put on a show of loyalty even as pundits asked whether he wouldn’t have been the better standard-bearer.

A doctor of philosophy who has co-authored several novels with his wife Andrea Paluch, Habeck is often described as a gifted mediator between opposing political fronts.

As a politician who once famously sat on a boat drinking rum and discussing environmental policy with local fishermen, he is considered a natural communicator who can appeal to voters of all stripes.

During the complex coalition talks, Habeck worked to reach across the aisle particularly to the libertarian FDP, usually strange bedfellows for the Greens.

“Even the last hold-outs against ambitious climate protection goals must understand that when you preserve our climate you protect our freedom,” he recently told German media.

Having joined the Greens to campaign for cycle lanes in 2002, Habeck was made regional party chairman just two years later.

It was the beginning of a steady rise, and his eloquent manner and three-day stubble are now a regular fixture on Germany’s many political talkshows.

“He’s more of a generalist than a specialist, and he has a way of simplifying complex issues,” Uwe Jun, a political scientist at the University of Trier, told AFP.

Once described as the “panda of German politics” for his gentle nature by the daily Sueddeutsche Zeitung, Habeck has also cultivated a reputation for sensitivity with a soft spot for sad films.

Yet the long-time media darling is not immune to the odd public relations faux pas.

In 2019, he sparked a social media storm by saying he wanted to turn the ex-communist eastern state of Thuringia into a “democratic region”, suggesting that it wasn’t one already.

Habeck brings crucial experience of both holding political office and working in a coalition.

As Schleswig-Holstein state’s energy and environment minister from 2012 to 2018, he served in coalitions with both the centre-left SPD and the conservative CDU.

Habeck, meanwhile, has repeatedly urged the Greens to look beyond their traditionally left-leaning base and core ecological issues.

His 2010 book “Patriotism: A Left-Wing Case” argued for the constitutional pride advocated by German philosophers such as Juergen Habermas.