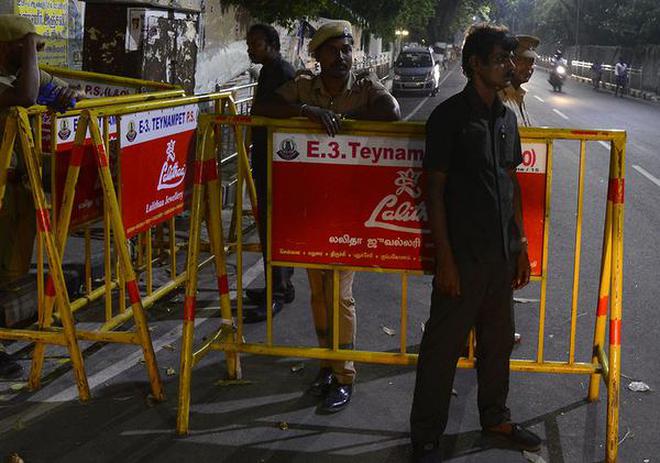 In the wake of widespread criticism about the heavy deployment of police force at Poes Garden even after the demise of former chief minister Jayalalithaa, the strength of the police personnel has been drastically reduced.

Senior police officials confirmed that they have reduced the strength of the police personnel on duty en route to Veda Nilayam, Jayalalithaa’s Poes Garden residence, where her friend and confidante V.K. Sasikala resides now.

After the death of Jayalalithaa, police continued to provide security at Poes Garden to prevent any untoward incidents since a large number of people from various parts of the State were visiting the residence of the former Chief Minister.

“But after private security personnel were posted at the house, our numbers have been drastically reduced,” the police officer said. He, however, declined to reveal the actual number of police personnel deployed.

A few days ago, DMK treasurer and the Leader of the Opposition M.K. Stalin had demanded the withdrawal of police personnel from Veda Nilayam since no one with any constitutional position or falling under the high-risk category was residing in the house.