You are here: Home  /  COMPUTERS  /  Quantum computing as the future? Here’s why it is still waiting for the hardware
COMPUTERS

Quantum computing as the future? Here’s why it is still waiting for the hardware 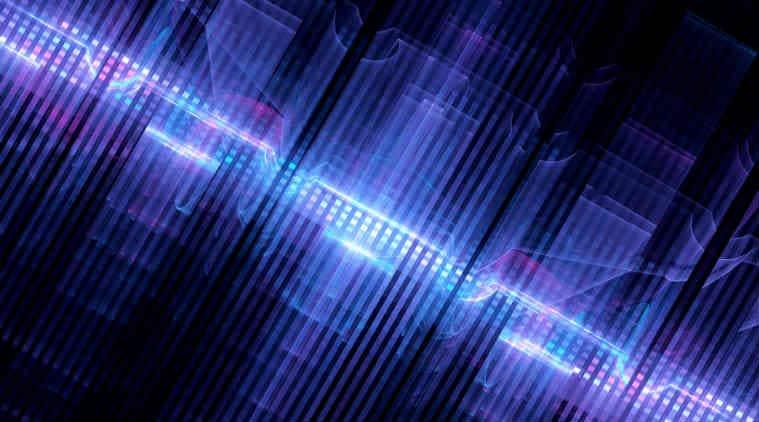 The industry first has to solve hardware issues in quantum technology, according to an expert. (Representational Image. Source ThinkStock)

Commercial production of quantum computers that would process information faster than today’s supercomputers is still some time away. The industry first has to solve hardware issues in quantum technology, according to an expert. Quantum theory represents the smallest scales and shapes of matter, describing the behaviour of subatomic particles like electrons, protons, neutrons and photons.

In silicon chips of classical computers, the unit of data is rendered in one of two states — 0 or 1 pertaining to true/false or yes/no state. However, in quantum theory, data could simultaneously exist in both, holding exponentially more information. The unit, or “bit” in regular computing, becomes “qubit” in quantum theory, which can be either 0/1, or in superposition of both together. this meas that the qubit holds greater information storage potential.

The computing power of a quantum computer grows exponentially with the number of quantum bits manipulated, explains Alexey Kavokin of the Russian Quantum Centre (RQC), and Professor at the University of Southampton in the UK.

However, while the manipulation of multi-particle entanglement is at the core of quantum computing, the physical implementation of qubits is difficult, simply because quantum phenomena are hard to observe in everyday life, Kavokin told IANS on the sidelines of the recently-concluded global conference on quantum technologies organised by RQC.

Building a quantum computer requires a physical qubit that is well isolated from the environment, he said, adding that stabilising it in a physical platform is key.

“There is a hardware problem to be resolved before the world can realise quantum computing on an industrial scale,” Kavokin said, noting the difficulties in the way of realising the kind of future scenario brilliantly depicted in the sci-fi thriller “Minority Report” (2002), directed by Steven Spielberg. The movie details a future technology that makes it possible for cops to catch criminals before a crime is committed.

“Researchers are currently seeking platforms that permit manipulating quantum states in room temperature conditions. Unless this hardware problem is solved, mass quantum computing is still far away,” he said.

Researchers have found that some qubits, such as those made from silicon atoms, only work at very low temperatures, near absolute zero or zero degree Kelvin (-273.15 degree centigrade). The physical systems to manipulate qubits, on which most scientists are working, would be based on single photons, ultra-cold atoms and superconducting circuits.

“Quantum science is a new domain… cold atoms, superconducting qubits… no industry has these at the current juncture,” Kavokin said.

“In some 3-4 years time we can demonstrate a room-temperature quantum simulator with several hundred nodes. The problem is one of scaling… till now we have arrived at a superconducting quantum circuit of 50 qubits.”

At the conference here, Mikhail Lukin, Professor at Harvard, and an alumnus of the Moscow Institute of Physics and Technology (MIPT), said that scientists are still in the dark on how to build the universal quantum computer that would perform any quantum algorithm far quicker than conventional computers, given the many millions of qubits required for such a device.

Quantum mechanics has led to devices like broadband optical fibres and smartphone displays which work using photons — the smallest indivisible quanta or unit of light. Photons have both a wave-like property and they also behave like particles — first explained by Albert Einstein.

Owing to the enormous potential of quantum computers, companies like Google, Microsoft and IBM have invested massively in quantum computing research.

Working at the photon level, quantum mechanics, at some stage, is also expected to enable supersecure communication. The Russians have come up with a hack-proof, secure quantum communications.

Earlier this year, Russia announced the development of the world’s first quantum blockchain which allows using a quantum cryptography and quantum data transfer system to protect databases from hacking. RQC says this device will be ready for industrial use by early next year.

This technology creates special blocks which are signed by quantum keys, rather than traditional digital signatures. The technology has already been tested by RQC in one of Russia’s largest banks — Gazprombank.

Total information security as guaranteed by quantum communications has a flip side and poses a philosophical dilemma, according to the RQC Chairman, Russian-born Singaporean entrepreneur Serguei Beloussov, who is also the Co-founder and Chairman of global data protection company Acronis.

“The world is not prepared for total privacy. Most governments the world over control their populations through control over information. So, if information becomes completely private, they would lose this control,” Beloussov, also an MIPT alumnus, said. Therein lies the rub for the new technology.