You are here: Home  /  NEWS  /  With Touch ID, Apple fires biometrics into the mainstream
NEWS

With Touch ID, Apple fires biometrics into the mainstream 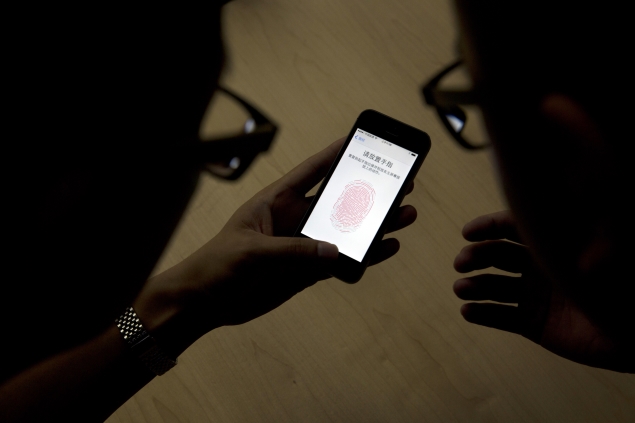 With Touch ID, Apple fires biometrics into the mainstream
By adding a fingerprint scanner to its newest mobile phone, Apple Inc is offering a tantalising glimpse of a future where your favourite gadget might become a biometric pass to the workplace, mobile commerce or real-world shopping and events.
Although Apple’s executives said at Tuesday’s launch that its Touch ID technology embedded into the iPhone 5s’ home button would only provide fingerprint access to the phone and its own online stores, analysts said Apple’s embrace of such technology, called biometrics, would be key to wider adoption.

Jonathan Ive, Apple’s senior vice president of design, hinted of its future in a video presentation at the launch.

“Touch ID defines the next step of how you use your iPhone,” he said, “making something as important as security so effortless and so simple.”
new-iphones-compared-635.jpg
Passwords and personal identification numbers (PINs) have long been the mainstay of access to devices, bank accounts and online services, despite their poor record. Many passwords can easily be guessed, while others can be hacked by brute-force attacks – essentially a computer programme running through all possible permutations.

They also involve one too many steps for lots of users: Apple said that half of smartphone users don’t bother to password-protect their devices.

Hence the appeal of biometrics, which take something unique to the individual – a fingerprint, an iris, voice or facial features – as authentication.

Comfort for commerce
Apple’s move may not have an immediate impact beyond improving the way users unlock their devices and interact with Apple services like iTunes and its App Store.

But that is itself a significant step. Apple has more than 500 million iTunes accounts. Anything that increases security and removes steps in the payment process is bound to boost online purchases.

It will also raise the comfort levels of companies supplying the content to a mobile commerce sector expected to reach $40 billion next year in the United States alone, according to Euromonitor estimates.

Users afraid of using their mobile device to make purchases online or in the real world because they fear it will be stolen or their password seen may feel liberated using a fingerprint, said Michael Chasen, CEO of SocialRadar, which is building location-based mobile applications for social networking.

For mobile commerce, he said, that could “be the missing piece”.

Beyond the web, Apple could combine the Touch ID with its existing “Passbook” app that stores coupons, tickets to events and boarding passes on an iPhone and allow event organizers and airline companies to validate those documents, said Sebastien Taveau, chief technology officer at California-based Validity Sensors, which makes sensors for other manufacturers.

“Apple wants to make deals with music and entertainment companies with very strong opinions on digital rights management,” Taveau said. The fingerprint scanner, when used in transactions with these companies, could “reassure all these industries”.

Biometric security should also appeal to enterprises nervous about allowing the personal devices of employees on the office network, analysts and industry insiders said.

“If this has been implemented right, every enterprise that enforces a password or PIN lock on the device will begin using the fingerprint sensor instead,” said Song Chuang, Singapore-based research director at Gartner.

Apple is not the first to try to make biometrics work for the consumer.

But none has really taken off.

Partly, that’s because of cost and partly because there’s been little in the way of an ecosystem to build support for the products.

“Biometrics have been historically viewed as a more expensive ‘nice to have’ component, rather than a ‘must have’,” said Bill Morelli, an analyst at IHS.
Also, fingerprint scanners have tended to make things harder rather than easier for users.

Chuang at Gartner said it could take users up to six swipes for a sensor to ‘learn’ a user’s fingerprint. “This is not a great user experience,” he said.

All things, say some, that Apple was put on this earth to fix. Ben Thompson, a Taipei-based industry observer who writes a blog at stratechery.com, said Apple was focusing on the apparently trivial problem of entering a password – but one that irked users dozens of times a day.

“It’s classic Apple to expend tremendous energy on simplifying a small irritation, even if it’s not a classic feature list item.”

Badly kept secret boosts industry
The badly kept secret of Apple’s biometric plans had already given the industry a boost long before Tuesday. The company has been filing patents on biometric security since at least 2009.
smartphones-camparison-635.jpg
“Apple has been working on it for more than two years and they have extremely competent engineers,” said Validity’s Taveau.

Apple reached out two to three years ago to Microlatch, an Australian company, to license and test its peripheral fingerprint sensors. Apple asked it to build a Bluetooth connection to the phone and accompanying software, Microlatch managing director and founder Chris Burke said, so Apple could gauge user reactions and habits, particularly in e-commerce strongholds like China.

“In their roadmap it was clear there would be fingerprint scans, so they’d plot their course, rather than just trying something,” Burke said in a phone interview.

Apple’s moves have reawakened interest in the space.

Swedish biometric component maker Fingerprint Cards AB, for example, has seen its share price rise 1,400 percent in the past year. The company predicts the industry will ship up to 100 million consumer electronic devices embedded with fingerprint scanners this year, rising to more than 1 billion in 2015 as biometrics finds its way into TV remotes, gaming consoles and cameras.

Downside of nice, not necessary
There are downsides to fingerprint technology. It is not as accurate as companies touting its benefits make it sound, and PINs and passwords can be reset or changed if someone steals them.

“Fingerprint recognition is not perfect,” said Geppy Parziale, biometrics expert and CEO of Invasivecode, a firm that develops applications for Apple’s mobile devices. Then there’s the problem of the fingerprints themselves: acquiring a large enough set of them to test the accuracy of such devices is complicated by privacy and legal issues, Parziale said.

But if anyone can bring this technology into the mainstream, experts say, it’s Apple. It has, for example, embedded the scanner into the iPhone’s home button, while other mobile devices usually have it on the back, making it awkward for the user and increasing the number of failed attempts.

LG’s head of domestic marketing, Ma Chang-Min, last month said the company had abandoned efforts to include a fingerprint sensor to the back cover of its flagship G2 smartphone “as we need more work to improve reliability and usability”.

That gives Apple a headstart. It can also build the sensing and security deep into its operating system and the A7 mobile chip which Apple itself designed, putting it ahead of rivals such like Google, which develops the Android mobile OS and licenses it to manufacturers like Samsung, said Taipei-based KGI Securities analyst Ming-Chi Kuo.

But its edge may not last.

Microsoft Corp, for one, is building fingerprint recognition into the latest update of its Windows operating system and, said Taveau of Validity Sensors, “it is fair to assume that the Android community won’t be long to react”.

Tag Apple biometrics fires id into mainstream The Touch' With