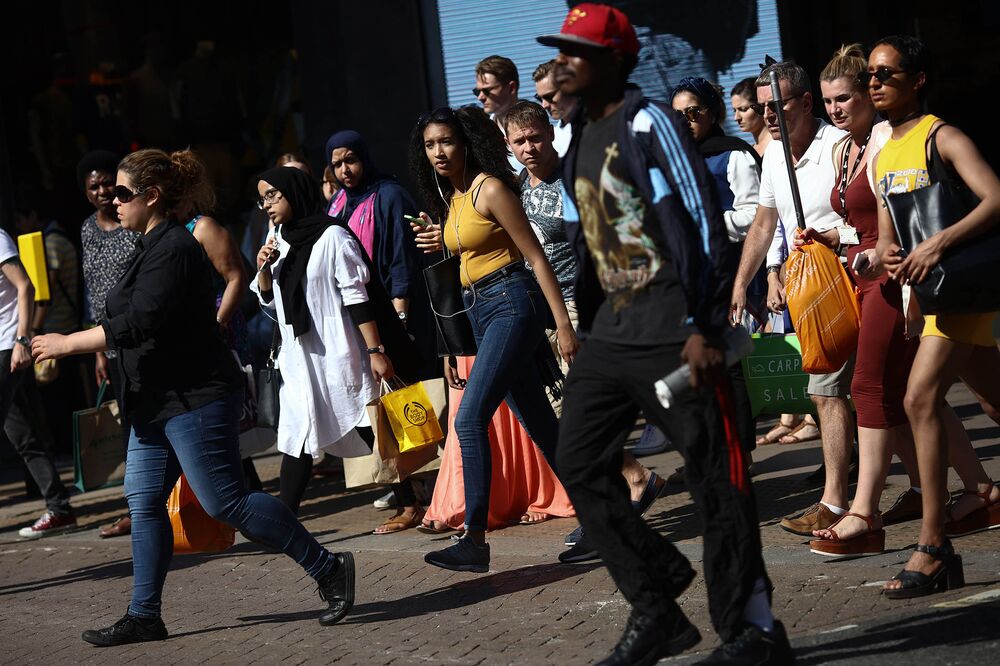 The quantity of goods sold in stores and online rose 0.6 percent, more than economists forecast, following a 1.1 percent decline in May, figures from the Office for National Statistics showed Thursday. Sales excluding auto fuel jumped 0.9 percent.

It means stores contributed almost 0.1 percent to GDP in the second quarter, with sales rising 1.5 percent following a 1.4 percent slump in the previous three months. The figures suggest retail sales in the first half were “relatively flat,” said ONS statistician Kate Davies.

The pound reversed some of its losses against the dollar after the data were released and was at $1.2999 as of 9:40 a.m. London time, down 0.2 percent on the day.

Britons basked in the hottest June temperatures since 1976 last month, with some parts of England seeing the mercury climb well above 30 degrees Celsius (86 Fahrenheit). That boosted sales of new fashion lines, with clothing sales rising 0.4 percent, the ONS said. That helped to offset declines in food and fuel sales.

There was also evidence of spending on clothing linked to the festival of Eid as Muslims marked the end of the monthlong Ramadan fast.

Overall sales rose 2.9 percent from a year earlier, up from growth of 0.9 percent in May.

The rebound may nonetheless do little to dispel concerns about the outlook for spending as inflation puts household budgets under increasing strain. Average store prices excluding fuel, which were falling as recently as November, rose by 2.5 percent in the year through June as the fall in the pound drives up the cost of imports.