You are here: Home  /  ALL DEALS  /  What Is Infinergy? [$16 Trillion Energy Prediction]
ALL DEALS

Ian King has been promoting a presentation with the title “Infinergy.” It is about a technological disruption in the energy industry that will help grow a tiny company. The header reads:

“This Unstoppable Technology Could Potentially Power the Earth for the Next 5 Billion Years. Invest in This Tiny Company Before This Industry Soars 1,800% Over the Next Decade Into a $16 Trillion Behemoth”

In this article, we find out what “infinergy” is as well as cover every detail Ian King shared in his presentation about this company.

Ian King’s Infinergy presentation centers on an energy revolution that he believes will have a bigger impact than anything the country has witnessed in over 100 years. 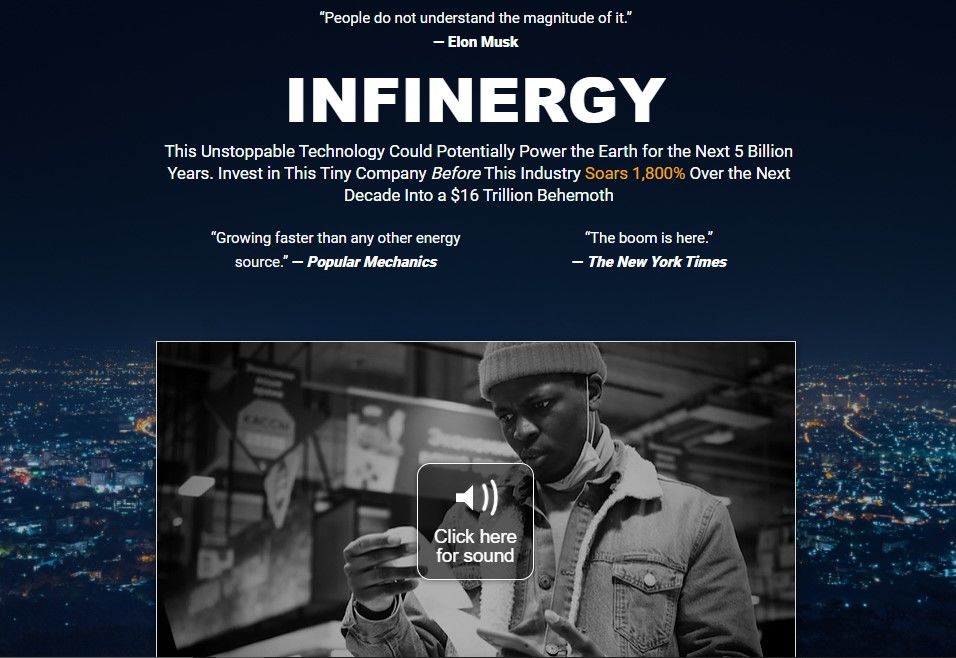 It has to do with an energy source he calls Infinergy that will have a big impact on the lives of every American citizen.

The revolution has to do with some crystals that, thanks to a Nobel Prize-winning discovery, will produce enough energy to power the entire planet for the next 5 billion years. Ian King says that the energy is virtually infinite, hence the name “Infinergy.”

This form of energy is universal and can be used for just about anything.

It is also cleaner than natural gas, oil, and coal.

So, at this point, you can tell, with relative ease, that he is talking about solar energy.

Solar energy solutions have prompted presentations like Matt McCall’s Four Solar Stocks and Jeff Siegel’s SPV Royalties with each of those gurus claiming that they have found the perfect company to ride the solar energy revolution.

Ian King’s infinergy is his take on this and we will address the company that he is backing later.

Before we get to that, I should point out that most of what he says about solar energy is true in theory:

It is estimated that on a bright sunny day, the sun transmits 173,000 terawatts of power (trillions of watts). On top of that, scientists expect the sun to burn bright for approximately 5 billion years.

Therefore, you can see where Ian King got the concept of infinite energy from.

What about those crystals? 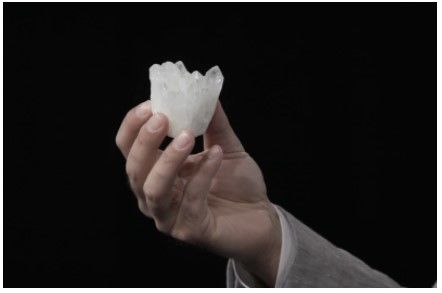 Here is what he says about them and his number one solar company’s involvement with them:

The one I believe is going to become a household name…

Because this silicon is virtually free from impurities, it can produce solar panels that are 400% more efficient than the first panels.

Coupled with this company’s all-in-one power and storage solutions, there is now a real practical way to take advantage of the sun’s energy.”

So those crystals are pure silicon which is used to make better solar panels.

Also, don’t forget the last bit there about storage solutions. A major problem with solar energy is its intermittent nature.

Solar has struggled to dominate the industry because storage solutions thus far have not been good enough.

Ian King says that solar energy is ready for mass adoption because we have better energy storage solutions and the cost of solar installation has plummeted by 99% since 1976 making solar more viable for consumers than ever before.

On top of that, he says that the government is incentivizing people to opt for photovoltaics because twenty-six percent of the cost of solar panel installation can be recouped with a tax credit for homeowners and businesses alike.

The convergence of all these factors means that solar energy will grow in importance. And this brings us to the company Ian King wants us to invest in.

King has identified one small American company that is situated in Silicon Valley. The company has developed technology that can harness the true power of the crystals we talked about earlier.

He adds that in the coming months, as solar energy becomes more readily accessible to the masses, this company will go from obscurity to a household name.

Ian King says that it has big clients and the potential for more:

“The biggest companies in the world are already lining up to partner with this one company.

The one I am going to tell you about today…

Apple, Target, Walmart and Costco are just a few businesses it has deals with.

But it doesn’t stop there…

This company also has Infinergy solutions for homeowners.

With over 130 million homes in the U.S. alone … the potential is huge.”

It has also partnered with the U.S. Military.

He adds that BlackRock, JPMorgan Chase, Nuveen Asset Management, and Goldman Sachs all recently increased their stakes in this company’s stock.

Ian King says that it sells solar panels and other accessories:

“Not only does it sell the most efficient panels on the market, but it also provides an all-in-one solution for homeowners and businesses alike.

Essentially, you get everything you need to start using solar. From the panels … to energy storage … along with a smartphone and tablet app to give you complete control of your energy production and usage.”

If you want to invest in this company, you have to get your hands on the special report Ian King wrote about it. 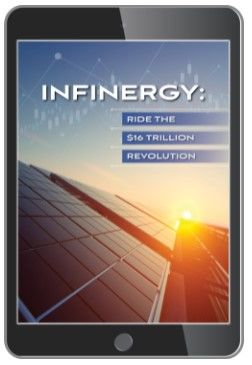 This report has all the details you need to know about Ian King’s No. 1 solar company to invest in it.

The only way you can get a copy is to sign up for Ian King’s Strategic Fortunes newsletter.

Who is Ian King?

Ian King works for Banyan Hill Publishing as a newsletter editor. He is also one of Investopedia’s contributors.

He is a former hedge fund manager with more than twenty years of experience trading in the financial markets.

He began his career at 21, working in the mortgage bond trading department at Salomon Brothers. He later traded at Citigroup before spending ten years working for a New York-based hedge fund called Peahi Capital. During his time at Peahi Capital, his team made a 339% return in 2008.

He joined Banyan Hill Publishing to help individual investors get ahead of the markets. He edits three newsletters: Strategic Fortunes, New Era Fortunes, and Next Wave Crypto Fortunes.

Ian’s insights have been featured on Fox Business News, Investopedia, and Seeking Alpha.

Ian King’s Strategic Fortunes is his flagship investment newsletter. Through it, he gives his readers continuous updates and recommendations on how to make the most of the opportunities that sprout up.

Here is what you get with Strategic Fortunes:

Besides those preliminary benefits, Ian King will also send you two special reports:

Tag Energy Infinergy? is Trillion What [$16