You are here: Home  /  NEWS  /  Will Flipkart, Snapdeal, Amazon, Paytm have to stop online discounts?
NEWS

Will Flipkart, Snapdeal, Amazon, Paytm have to stop online discounts? 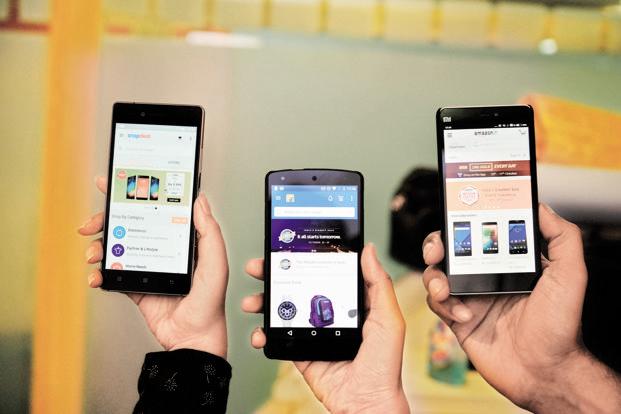 Bengaluru: One would expect Internet companies to cheer the fact that India allowed foreign direct investment (FDI) in e-commerce marketplaces on Tuesday. As usual, however, the devil is in the details, in particular two conditions attached to the approval of FDI in e-commerce.

One, no group company or seller on a marketplace can contribute more than 25% of the sales generated on the site. Two, discounting has effectively been outlawed.

India’s top e-commerce firms Flipkart, Snapdeal, Amazon India and Paytm stand to be hit most by these two new regulations. These companies have grown rapidly over the past few years, primarily by offering deep discounts that have lured customers away from offline stores.

The new regulations put at risk high-profile events, such as Flipkart’s Big Billion Day sale during the festive season and Amazon’s Independence Day sale. The high valuations of Flipkart ($15 billion), Snapdeal ($6.5 billion) and Paytm (more than $3 billion) are based on their flying sales growth, which in turn is dependent to a large part on their ability to offer discounts. To be sure, Paytm also derives a major part of its valuation from its e-wallet service and a payment banking licence given by the Reserve Bank of India (RBI).

The deep discounting by e-commerce firms has attracted the ire of offline stores, which are fighting to survive after losing customers to their online rivals. Offline retailers have lobbied hard with the government to rein in e-commerce firms.

“E-commerce entities providing marketplace will not directly or indirectly influence the sale price of goods or services and shall maintain level playing field,” according to a note released on Tuesday by the Department of Industrial Policy and Promotion (DIPP).

This means that the imaginative methods used by Flipkart, Snapdeal and Amazon India in funding discounts may have been outlawed.

For instance, Amazon funds discounts by sellers indirectly through a route it calls “promotional funding”. This it how it works: Amazon recommends the amount of discounts to its sellers on products, but doesn’t force them to adopt these suggested prices. Sellers, however, end up keeping these suggested prices because Amazon finances the discounts. At the end of a certain period, sellers send a debit note to Amazon. This note contains the amount of discount that the seller gave on apparel, electronics, toys and other products sold on the site. Amazon then pays the seller by cheque.

Payments and e-commerce firm Paytm offers discounts through so-called cashbacks. Often, the company gives cashbacks—anywhere between 10% and 80%—on products instead of direct discounts; these cashbacks are then returned to customers’ Paytm wallets and are used to buy other products.

The new regulations mean that Flipkart and Amazon India may have to find new seller entities on their platforms.