You are here: Home  /  CLOTHING  /  Disregarding the gender norms of clothing
CLOTHING

Disregarding the gender norms of clothing 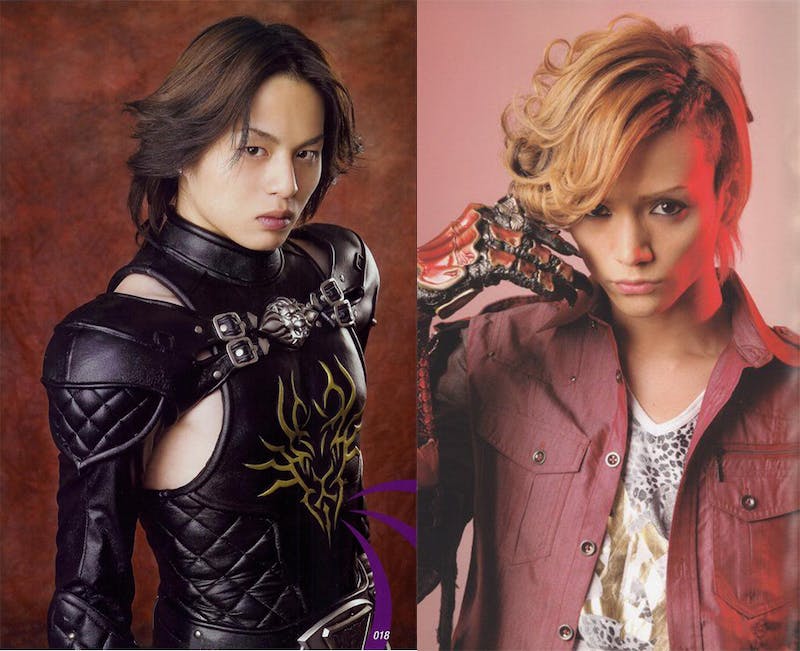 The opinions and views expressed in this article are those of the author and do not reflect the opinion of Byte or Byte’s editorial board.

Men, let’s be honest: compared to women, our clothing options are fairly limited.

Women are free to wear any apparel they desire. Society has deemed it acceptable for them to break gender norms and wear sweats and suits.

But when it comes to guys trying to do the same? It’s a struggle, no doubt.

Hopefully it will change sometime soon. And for that, we’ll have children’s’ shows to thank—Japanese children’s shows that is.

When I was in high school, I remember learning of Super Sentai. Think of it as the source footage of Power Rangers. One of the characters in the 42 seasons caught my eye: Rio. Even though he was an anti-hero, I remember him having a tight, revealing outfit, which is usually seen as a feminine style here in the West.

After getting sucked into live-action Japanese shows, another character caught my attention. In the series Kamen Rider OOO, Ankh, who had multiple forms, had a humanoid look that always included black makeup circling his eyes.

Rio was seen as a highly respected leader and had a female love interest even while having feminine attire. Ankh was taken seriously and was able to achieve what he desired while not looking masculine. Because of how they were portrayed, both of them stood out in my mind long after watching the shows.

These characters, sadly, were not actual people with our societal norms. So I started thinking, ‘Women are allowed to wear masculine apparel, so why is it not appropriate for men to wear feminine clothing?’

(Characters like Rio and Ankh, from ‘Super Sentai’ and ‘Kamen Rider’ respectively, encouraged to be okay being feminine. Photos from Tumblr and Famousfix)

While a friend was checking on her car in the fall of 2016, I remember looking through her bags and noticing a pair of denim booty shorts sitting in a bag. She said I could wear them if I actually wanted to, so I put them over the black athletic tights I was wearing at the moment.

Then I had idea. After she dropped me off at a residence hall, I rushed to my room, dug around in the drawer, and BAM! I found a zebra-pattern shirt that made the outfit complete.

Now people some may think I’m funny or crazy for dressing in women’s clothes. But to me, it’s perfectly fine. In fact, I think men wearing feminine clothing in public should be respected.

When it comes to clothing, ladies have a lot more options. You don’t have to look far or hard to see that.

Women are free to wear masculine clothing like suits, flannels, and sweats. They also don’t feel pressured to show skin if they don’t want to.

What’s off-putting, however, is that men are not only still restricted to masculine clothing, but we’re also limited to certain types of clothing.

According to Dr. Rachel Kraus, professor of sociology, men typically wear loosely fitted clothes that aren’t as bright and doesn’t show much skin.

Look in the men’s apparel section in any store. You will see clothes which have a loose fit, dark-toned colors, and solid patterns.

Now take a trip to the women’s section and it’s the exact opposite. The clothes usually have a tighter fit, come in a variety of patterns, and display the brighter side of the rainbow.

So now we’re back to my original thought: women are allowed to wear masculine apparel, so why is it not appropriate for men to wear feminine clothing? The answer is actually simpler than we think. We value masculinity more than femininity.

(I have worn many outfits like the ones above that defy gender. I wear them because they allow me to show off my definition and express myself in more ways. Photos by: Emily Reuben)

“If we value something less, people who act that way are going to be picked on more than people who act in ways that we put more value on,” Kraus said.

Here’s my issue with this: I don’t believe that masculinity is worth more than femininity. I believe they have the same worth.

One reason why I enjoy wearing women’s clothing is that it helps me show off the physique I’ve been working on by staying in shape and eating right. Is showing off my definition considered being feminine? Possibly. But I don’t care if it’s feminine or not because I’m able to express myself the way I want.

And that’s the other reason why I love wearing feminine attire. It allows me to be more expressive.

Gender equality has come a long way. In the West, both genders are free to vote, work, and lounge as they desire. Even with progress being made, men are still limited in what they can do. Kraus also thinks this is true because our range of expressing ourselves has not grown the same way that women’s ranges have.

“Women have a larger range of options then men do,” Kraus said. “Nobody really cares if a woman acts masculine. But since we don’t value femininity, then a man acting feminine is gonna be that more problematic.”

There is hope though.

Whenever I go to the women’s section of Rue21 or checkout at Charlotte Russe, people don’t question me on the clothes I prefer to wear. In fact, people I walk past on campus daily treat me like it’s nothing out of the ordinary, which is how it should be.

As long as “they’re not harming anyone else,” men, just like women, should be able to dress “however they want,” Kraus said.

I’m not harming anyone when I wear leggings, cardigans, or any other type of women’s clothing. Much like the characters from Kamen Rider and Super Sentai, I’m making myself and potentially others happy.