You are here: Home  /  ELECTRONICS  /  Is The Global Economy Half The Apple It Used To Be?
ELECTRONICS

Is The Global Economy Half The Apple It Used To Be? 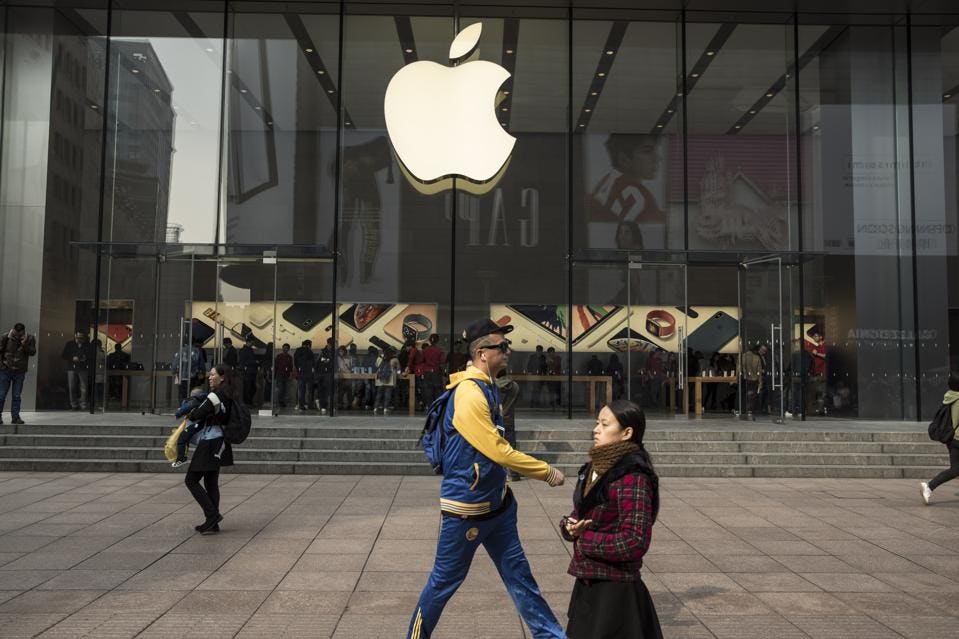 For the first firm to crack the trillion-dollar valuation ceiling, Apple’s performance is usually a bellwether of broader market confidence and conspicuous consumption among fawning technophiles. It should worry more than Apple investors that the usually reticent firm when it comes to company performance has warned the world of economic deceleration in “Greater China,” a region that encompasses mainland China, Hong Kong and Taiwan, roughly comprising 20% of Apple’s revenues. More importantly to Apple’s performance, China on the supply chain side of the equation is an Achilles heel to the firm, like much of the consumer electronics industry, which relies on China not only for consumption, but also for supply. The backdrop of an increasingly damaging Sino-American trade war, along with a perceived global economic slowdown does not bode well for 2019. Tim Cook’s warning should be heeded not only by Apple’s investors.

U.S. markets are still rattled by the worst December since the Great Depression and the worst financial year since the Great Deleveraging of 2008. European countries, meanwhile, are facing a mix of domestic social pressures, along with the EU-wide uncertainly stemming from the impending impact of Brexit in March of this year, which is looking increasingly likely to follow the so-called hard path. France’s economy, home to more than 2 months of social upheaval at the hands of the gilets jaunes, who are now calling for Emmanuel Macron to step down, is teetering on the verge of recession. The dreaded r-word, recession, is beginning to echo on both sides of the Atlantic as economic uncertainty, rising political risk and global trade and investment absurdity have become the norm. Indeed, the whole world is beginning to look more like an emerging market, or a place where politics matters at least as much as economics to the rise and fall of markets.

In this decelerating trend, is Apple’s ominous slowdown a harbinger of a much bigger global correction, one that is overdue and headed our way in 2019? Or is Apple’s warning merely a sign that its strategy of planned obsolescence, wherein the firm’s pace of product launches forces buyers into newer and shinier versions of their tech, finally caught up with them as an unsustainable model? It would seem the rate of iPhone product introductions in the last round may have overwhelmed consumers, along with the exorbitant price point, for which consumers would prefer a slightly longer shelf life than 1-year before newer models are revealed testing the limits of conspicuous consumption. The U.S. market slowdown in the fourth quarter of 2018 was certainly dragged down by tech stocks, which can largely be viewed as the modern-day equivalents of industrials and the trading firms of yesteryear.

By all measures something feels different about the headline economic risks in 2019 and Apple’s early warning call hints at it. The global economy is facing unprecedented pressures on all sides all at once and there is very little room for maneuver, especially as central bankers have exhausted most of the policy arrows in their quiver with quantitative easing in an up until now successful attempt to keep recession at bay. In the meantime, the world, investors and business leaders have become accustomed to comparatively cheap capital, as well as to hoarding cash, for which Apple has more than $130 billion in an echo to the “cash is king” mantra that followed the 2008 financial crisis. With fewer policy options left and certainly none that are politically expedient in the face of emboldened (at times torch-wielding) and heavily populistic voters around the world, the likelihood of protracted economic turmoil is high. Meanwhile, given that globalization and the attendant international collaboration are in retreat, the likelihood of a consensus-based approach to calm the disquiet is low.

While Tim Cook’s letter to shareholders warning of missing the revenue mark hints at the trade war between the U.S. and China as unhelpful, the more acrimonious the trade war becomes the more likely Apple will face more than economic deceleration in China. Indeed, as the detention of Huawei’s CFO, Meng Wanzhou, at the behest of U.S. authorities works its way through the Canadian extradition and legal system, along with the growing Western ban on Huawei’s products and services on national security grounds, Apple may find itself on the receiving end of a politically motivated Chinese riposte or similar bans. Notably, Huawei has overtaken Apple as the world’s second largest smartphone producer and is considered a crown jewel of Chinese enterprise. While this would amount to a Pyrrhic move on the part of the Chinese, as it would damage many native industries and supply chain partners, the Chinese political system is proven to endure often irrational economic pain at home to drive a political point abroad. U.S. trade policy appears to be on similar footing..

Tag Apple Be Economy Global Half is it The to Used