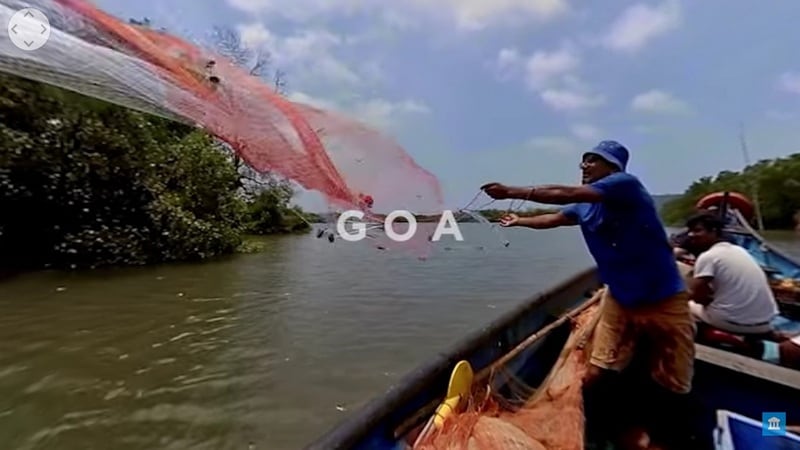 Google Arts & Culture has partnered with the Ministry of Tourism to unveil a 360-degree virtual reality video for the global ‘Incredible India’ tourism campaign.

As part of the partnership, Google Arts & Culture will provide users with an immersive 360-degree view (seen below) of India’s heritage, festivity, spirituality and adventure.

The video showcases a 360-degree view of some of the most iconic destinations in India including Delhi’s Qutab Minar, Amritsar’s Golden Temple, Hampi’s Vitthala Temples, and Goa’s easygoing vibe.

“India is an iconic destination that offers unique experiences of climate, geography, culture, art, literature and food. We want to give people in India and across the world an opportunity to immerse in our country’s rich heritage,” Union Tourism Minister K.J. Alphons said in a statement on Thursday.

“Through our partnership with Google, we want to engage new and global audiences and offer them immersive content in a never-before-seen manner,” Alphons added.

The video has been created using the best of 360-degree video capture technology, including Google’s Yi Halo camera and the music is inspired by the rhythms and melodies of the regions depicted in the video.

For Google Cardboard users the experience will be even more gratifying as they can turn the 360 video into a fully immersive Virtual Reality experience.

“Through our partnership with Ministry of Tourism for their internationally acclaimed ‘Incredible India’ campaign, we want to bring new and global audiences to India’s rich heritage and history,” said Luisella Mazza, Head of Operations at Google Arts & Culture.