You are here: Home  /  NEWS  /  For Google, India to be bigger market than US by next year: Pichai
NEWS

For Google, India to be bigger market than US by next year: Pichai 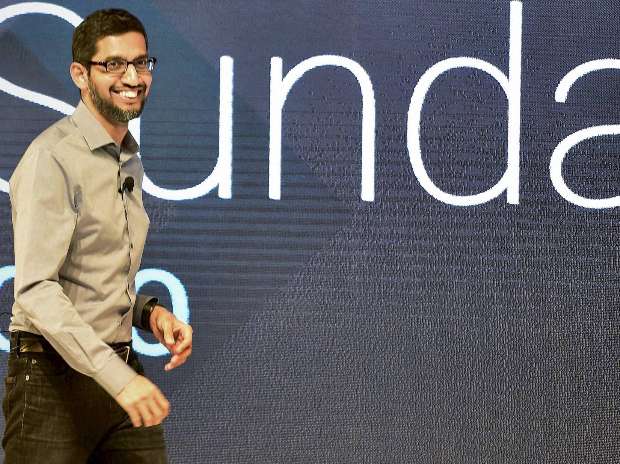 Sundar Pichai, global chief executive at Goggle, the giant search engine, believes India will become a bigger marketfor the company than the US sometime in the middle of 2016.

In an interaction with half a dozen journalists here on Wednesday, he said it was not only with regard to the use of Android-based phones that India would scale ahead of the US. There were also many areas of technological development where India would become Google’s first market for experimentation and trial, before launch in other markets.

“We developed the offline version of YouTube in India, tried it here, and are now taking it to other countries,” Pichai said in his first media address since taking over as Google global head in August this year.

Alumnus of IIT-Kharagpur, who joined Google in April 2004 within days of the company launching Gmail, he said it was an emotional experience to come to India and launch these initiatives here.

Elaborating on the Google Loon project, which envisages the use of floating balloons to transmit data to devices using the internet, Pichai said the company was working with data carriers like phone service providers to roll out the new facility. Google believes in a systems approach and would follow through the processes in India as well, he said. Google Loon would essentially derive its advantage from these balloons, which would be like floating towers and naturally work more effectively in less densely populated areas.

Innovation would continue to be the platform on which Google would work, he said making payments more effective was now a big focus area. He hoped India, too, could exploit its potential as an innovation hub. For this, he emphasised the need for an education system to encourage creativity, and taking the risks. Aadhaar, the biometrics-based identity system launched by former Infosys CEO Nandan Nilekani, he said, was foundational.

On net-neutrality, Pichai said the principle was critical for growth and innovation. Google endorsed it, since it underlined the core internet principle of a free and open environment.

The values of diversity were universal and applied to the US as much as to India. Pichai said this in response to a question on what he felt about the intolerance debate in India, amid his recent comments criticising anti-Muslim views coming from some US leaders.

Earlier in the day, Pichai announced Google would work with the Indian Railways to provide free Wi-Fi at rail stations, launching the first such service at Mumbai Central  next month. Pichai also said his company was making Google products work better for Indians.

New initiatives would include a lighter version of search results on webpages, creation of a virtual keyboard, making it easy to type in 11 Indian languages, launch of offline maps providing real-time navigation of roads and searches for locations without a data connection, and adding the facility of panoramic images for 250 Indian monuments.

Pichai also announced that in the first quarter of 2016, Google would release a feature called ‘Tap to Translate’ that would allow instant translation of any text on an Android phone.