You are here: Home  /  ALL DEALS  /  Uber-Ola battle goes from the streets to court
ALL DEALS

Uber-Ola battle goes from the streets to court 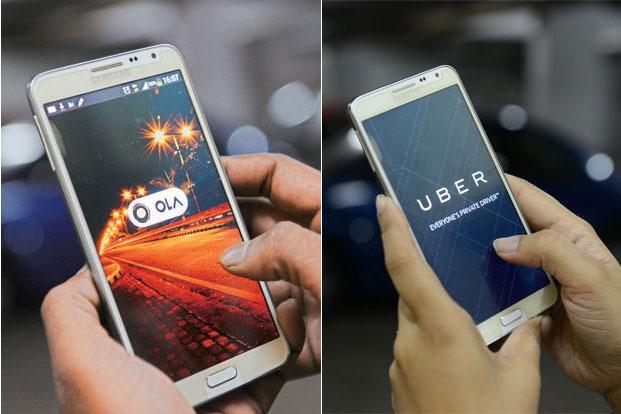 Bengaluru/New Delhi: The fight for market share between taxi aggregators Uber and Ola travelled from the streets to the courts on Tuesday when the former sought almost Rs. 50 crore in damages for losses it claimed to have suffered because of fraudulent practices adopted by its local rival.

Ola denied the charges in the Delhi high court, where the Indian unit of the US-based Uber filed a petition giving a new twist to their rivalry.

It may also become one more example of the axiom that duopolies are supposed to be bad for consumers—only they often provide compelling fodder for entertainment to the public.

Uber alleged that Ola is intentionally causing it to lose sales. Uber alleged in court that Ola’s employees are making bookings on Uber’s platform by creating fake accounts and then cancelling them. This is the equivalent of a shopping site’s employee placing orders on a rival site and then returning the goods for no good reason.

Uber calculated the total loss incurred by it because of such alleged practices by Ola and sought damages worthRs.496,164,780 from the latter. A total of “93,859 fake accounts” have been created by Ola, which have been used to make “4,05,649 false bookings” across various cities that were later cancelled, it said. Such cancellations roughly amounted to 8-10% of its total bookings, Uber added.

Uber and Ola are fighting for dominance of India’s cab business that, according to Ola’s largest investor SoftBank Group, may be worth $7 billion by 2020.

Justice Vipin Sanghi, who was hearing the matter, issued notices to both ANI Technologies Ltd (Ola) and Serendipity Infolabs (TaxiForSure, acquired by Ola) asking for replies to be filed before the next date. Ola’s statement denying all allegations was also recorded.

“A large number of fake accounts are being created by Ola which are then used to make false booking and cancellations using our application. This keeps our drivers busy and we have to bear the cancellation charges,” Rajiv Nayyar, counsel for Uber India, told the court.

Meanwhile, as the market share battle between Ola and Uber has intensified, both companies have released a series of numbers—hard, exact numbers—that are so wildly different their claims resemble a he-said-she-said slanging match.

In August 2015, Ola, through SoftBank, claimed it had a market share of 85% in India’s cab business, as of 30 June 2015. That claim implied that other services, including Uber as well as Meru Cabs, together battled for scraps.

SoftBank, which first invested $210 million in Ola in October 2014, made the disclosure in a regulatory filing with the Tokyo Stock Exchange where it’s listed.

A few weeks after Softbank’s disclosure, Uber officials started giving out information to reporters that Uber’s market share had jumped to nearly 40% from just 4-5% in January 2015. Uber chief executive officer Travis Kalanick, the face of the latest generation of Silicon Valley entrepreneurs, reiterated the claim when he visited India two months ago.

Then, last week, Eric Alexander, president of business in Asia for Uber, said that the company’s India unit would become bigger than Ola in less than a month.

“In January last year, we were at 5% market share. Now we are right at the edge of 50%. I would say that within the next 30 days we would beat them (Ola). We will surpass them very, very shortly,” Alexander had said in an interview on 16 March.

According to US-based Uber, the company has wiped out Ola’s massive lead in a year.

A day after Alexander’s interview was published, a senior Ola official said the company’s newly launched low-cost offering, Micro, will soon do more daily cab rides than all of Uber India.

That probably is the most impressive feat ever in India’s e-commerce business, considering that Ola launched Micro just this month.

In an email, Uber confirmed Alexander’s statement that the company would overtake Ola soon.

In an emailed statement, Ola said it retained a market share of more than 75%. “Keeping loose claims aside, various third-party market share reports have pegged Ola’s market share consistently at more than 75%. Our recently launched Ola Micro category alone, at current scale, does close to 50% of bookings that Uber does in India. In fact, going by current rate of growth, Ola Micro alone will be larger than Uber in India within a month’s time,” an Ola spokesperson said in the email.

Ola is present in 102 cities while Uber operates in just 22 cities. What really matters, however, is winning in the top 8-10 cities, which account for more than 90% of the overall market.

From their statements, one thing is clear: either Ola or Uber India is not being truthful about its numbers, at least to reporters.

Which one is it?

What adds to the difficulty in figuring out the true numbers is that there’s no independent agency, such as The Nielsen Co. that tracks sales of consumer Internet companies.

This frees up firms to make claims that may seem untenable but are hard to disprove.

What’s at stake, however, is also the credibility of the two start-ups.

Ola, valued at $5 billion, is India’s third-most valuable start-up and is one of the most closely watched new companies in the country.

Uber is the world’s most valuable start-up and is a role model for new-age companies.

Both firms do not have the disclosure obligations that publicly listed companies do but, nevertheless, their claims to the public are tracked closely.

When the facts come out, one of the two companies risks losing face, apart from whatever else may happen.

Apart from Ola in India, Uber is battling against Lyft Inc. in the US, Didi Kuaidi Joint Co. in China and GrabTaxi Holdings Pte Ltd in South East Asia. Ola in December formed an alliance with these three companies to take on the common enemy in Uber.

The companies in the alliance share several common investors.

Tag Battle Court From Goes streets The to Uber-Ola