You are here: Home  /  COMPUTERS  /  Google makes computing easier with the launch of affordable Chromebooks
COMPUTERS

Google makes computing easier with the launch of affordable Chromebooks 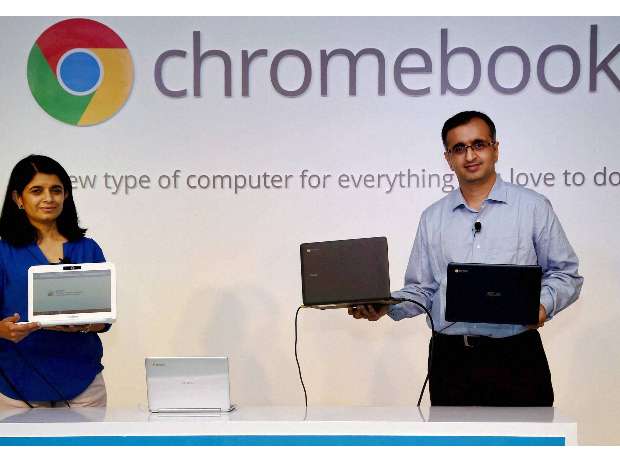 Global tech giant Google is in discussions with the Arunachal Pradesh government to run a pilot project for deploying Chromebook laptops for school students.

The project is proposed to be run in schools in two cities — Itanagar and Ziro.

“We are in discussions with Arunachal Pradesh for giving Chromebooks to students as part of our focus on the education sector. Chromebooks along with Google Apps for Education can play an important role in helping students create, collaborate and learn,” Smita Hashim, Google’s global product manager for the Chrome operating system,  said.

Also, with Chromebook Management Console, administrators can manage the Chromebooks from a computer or phone, and over a period of time, reduce the school’s maintenance and software costs, she added.

The company is also in discussions with other states for similar partnerships.

The XOLO Chromebook will be available in the next few days on Snapdeal at Rs 12,999, while the Nexian Air Chromebook is available on Amazon at the same price.

In the coming months, Chromebooks from ASUS (Chromebook Flip and C201) and Samsung will be available on local retailers.

Asked how the device will work in remote corners of the country where connectivity is a major hindrance, Hasim said since launching Chromebooks in India, Google has been working on the issue.

“We have been working to ensure that Chromebooks work in an environment where connectivity can be spotty and many people’s first experiences with technology are through a phone rather than a laptop,” she added.

Hashim said a lot of applications like Google’s Drive and Gmail as well as others like VLC player are being made available offline so that they can be used without being connected to the internet.

Chromebox for Meetings brings together Hangouts, Google Apps and easy­to­manage Chromebox to allow companies conduct high­definition video conferences. The device from Asus will be priced at Rs 90,000.