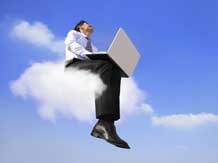 A modern control room was already operational in Kanpur, while similar infrastructure would soon be launched in other major towns, including Allahabad, Ghaziabad and Varanasi.

In all, 21 Modern Police Control Room would be set up across various districts, which seeks to integrate various gadgets and police information system at one platform and offering storing and sharing facility through a dedicated cloud.

Cloud is a modern computing and data storage system, wherein a database is secured at a remote location. This helps in easy and remote access to the data and dynamic storage as well.

The bad perception about law and order in UP has been the bane with successive state governments, the present Samajwadi Party being no different.

The modern control rooms would aid in quick response from the local police and real time supervision by senior cops. The field cops would also be provided with hand held computing devices.

Besides, the CM launched a mobile phone app under its ‘1090 Women Power Line’ that would help aggrieved women alert police about harassment in real time. The app allows automatic alerts and spot audio and video recording. The cops would be required for quick follow up and apprehending the accused on the spot.

Yadav also flagged off 47 four wheelers and 47 two-wheelers for the police under the new system for quicker response.

Meanwhile, the government has instituted Rani Laxmibai Mahila Samman Kosh. The fund would be spent towards the economic, educational and social development of women.

Addressing the gathering, the CM said use of modern technology was imperative for better policing and curbing crime incidents.