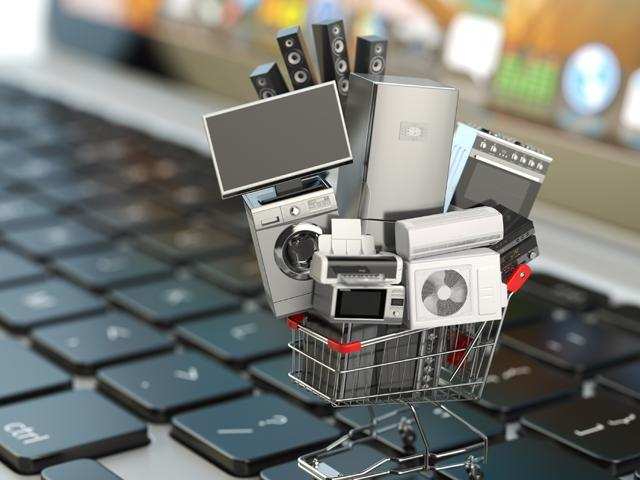 The government is drafting the upcoming National Electronics Policy (NEP) with an increased focus on exports as it looks to harness the local capacity in electronic goods, including smartphones built for the domestic market, a top official told ET.

The idea is to ensure that there is no excess manufacturing capacity and instead utilise the same to build products for customers globally.

India is producing close to 22.5 crore mobile phones and the total consumption is around 35 crore in India currently.

“The rate at which the production is growing, it will soon be reaching the total consumption level,” said the official. This has created a stronger case for looking at how India can have a more export conducive ecosystem in the country, added the official.

“Among other things, the policy will focus on increasing ease of doing business,” said the official added that currently the export of electronic goods is only about $6.4 million. The official did not detail the sops which the government will provide under the new policy.

“Export is a natural opportunity for India, and there is a large market in SAARC countries, besides Africa and East Asian countries, which companies manufacturing in India can leverage,” said Tarun Pathak, associate director at Counterpoint Research.

He added that in 2018, India can cross 300 million mobile phone production volume, which will be higher than 225 million achieved in 2017, which will also boost exports.

“Leading OEMs can set up their bases here, and players like Samsung, Nokia, Xiaomi, Oppo, and Vivo can begin exporting from India in the near future. Supply chain and ecosystem partners, who are yet to set up base in India, can also find the export opportunity attractive as this would mean the chance of scaling operations for both domestic and overseas markets,” said Pathak.

Considered to be one of the flagship schemes for boosting domestic manufacturing in the country, the Modified Special Incentive Package Scheme (M-SIPS) scheme, which was launched in 2012, will end in December this year.

MSIPS provides for 25% subsidy on capital investment along with a host of other incentives. It is unclear if the government will extend the MSIPS policy after its term ends.

ET has reported in the past that how the new electronics policy will focus on taking manufacturing to the next level with specific attention to boosting upcoming areas such as medical electronics.

Over the last couple of years, the series of changes in the duty structure have led to the reversal of fortunes for the domestic manufacturing industry. There are around 120 factories mobile manufacturing facilities in India doing a production of upwards of Rs. 1,20,000 crore.

“By 2019-2020, 96% of India’s mobile needs will be met by domestic mobile manufacturing,” union minister for electronics and IT, Ravi Shankar Prasad told ET in a recent interview. The government has also set a target of doubling the production from 22 crore mobiles to 50 crore mobile phones in coming two years.