You are here: Home  /  ALL DEALS  /  Flipkart to offer its logistics services to third-party e-commerce firms
ALL DEALS 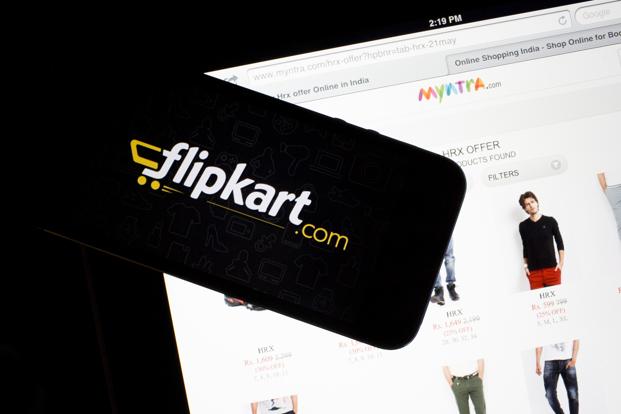 Flipkart is also gearing up to roll out an inter-city customer-to-customer courier service called eFlash in the next two months. Photo: Bloomberg

Bengaluru/New Delhi: Flipkart Ltd, the country’s largest online retailer, has thrown open its logistics services eKart to third-party e-commerce firms even as the company is gearing up to roll out an inter-city customer-to-customer courier service called eFlash in the next two months, said three people aware of the development.

The e-commerce logistics service has already found takers such as online fashion store Jabong and online marketplace Shopclues (Clues Network Pvt. Ltd); technical integration with Jabong is underway, while Shopclues will come on board in the next two weeks. eFlash is still in beta stage, currently available only to Flipkart employees in Bangalore, the people cited above said.

Myntra, which was acquired by Flipkart for $330 million in May 2014, has already been using eKart’s logistics services since September last year. The company expects other e-commerce firms to adopt the services in a big way starting February.

Flipkart did not respond to an email seeking comments, at the time of filing the report.

The Economic Times reported on Monday that Flipkart is planning to build eKart as an independent business and separately raise capital for the logistics unit.

eKart’s logistics service for third-party etailers will be pitched against well-funded e-commerce-focused logistics firms such as Delhivery (SSN Logistics Pvt. Ltd), Ecom Express Pvt. Ltd and Dotzot, the e-commerce focused arm of DTDC Express Ltd, among others. Other traditional logistics companies such as Gati Ltd, Blue Dart Express Ltd, Safexpress Pvt. Ltd and Drive India Enterprise Solutions Ltd are all adding e-commerce verticals to their existing lines of businesses, given the exponential growth of e-commerce in India.

Online retail sales could touch between $48 billion and $60 billion by 2020 from $4.47 billion in 2014, according to a report by financial services firm UBS Group AG in April last year.

While Flipkart plans to aggressively scale up e-commerce logistics services, the company will be a little cautious on eFlash, as it is yet an unproven territory, said one of the three people cited above. The segment has seen the emergence of a number of courier aggregators—at least 15 of them—in the past 12 months, such as Pickrr, Shipsy, Parcelled, DaakNinja, ShipTickr and Pigen.

However, none of the businesses have yet seen much traction in courier aggregation and make most of their revenue from first-mile logistics for small and medium enterprises (SMEs), transporting goods from the merchant to a customer or the warehouses of e-commerce companies. Some of them also handle reverse pick-up for e-commerce companies.

“We have been working on these two services for at least six months. After the integration with Myntra, we came up with a professional rate card for third-party companies. We will also expand the infrastructure to meet the demand,” said one of the two persons cited above, on condition of anonymity.

According to industry experts, a full-fledged roll-out of the service to other e-commerce companies will require Flipkart to ramp up its infrastructure substantially as most of the e-commerce companies struggle to fulfil orders on time, especially beyond the tier I cities, during special sale events when volumes spike significantly.

Questions may arise over eKart’s ability to service other companies at a time when Flipkart’s volumes also surge sharply.

“At some point, when a business scales up, they try to extract value from their core capabilities. At the operating level, such a move adds value because it will bring more business, but existing infrastructure needs to be ramped up,” said Harish H.V., partner at Grant Thornton, a consulting firm.

Logistics and supply chain has become a key focus for all e-commerce companies as sound infrastructure helps in reducing delivery cost and ensure faster delivery, which in turn helps e-commerce firms win over customers.

The logistics footprint of Amazon India grew three times to more than 2,100 cities and towns in 2015 and the company added eight warehouses last year, increasing its count to 21. It has the maximum number of warehouses and largest storage space among e-commerce firms in India, ahead of Flipkart, which has 17.

Snapdeal has bought a large stake in specialty logistics firm GoJavas to improve its speed of order deliveries.

The e-commerce company has infused about Rs.237 crore in GoJavas for a 42% stake, Mint reported on 2 October 2015.