You are here: Home  /  ALL DEALS  /  Mind the gap: Boosting a climate of entrepreneurship
ALL DEALS

Mind the gap: Boosting a climate of entrepreneurship 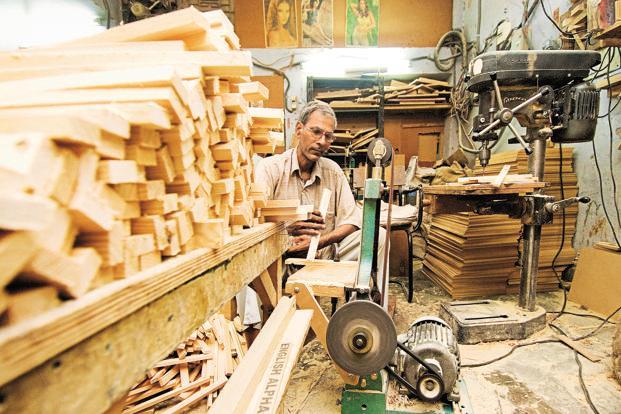 Bengaluru can often feel like a different country. Elsewhere, university campuses might be on fire, debating the freedom of speech and meaning of freedom; water supply to entire neighbourhoods might be cut off by angry mobs; thousands might be stranded due to once-in-a-century floods. But in Bengaluru’s coffee shops and meeting rooms, pubs and boardrooms, the conversations usually hover around business models, go-to market strategies, traction and valuation.

Sure, there are pain points, but nothing that can’t be solved by clever technology and a scalable model.

So, it’s no wonder that in the hours after Union finance minister Arun Jaitley presented his third budget—a budget that made no excuse about what its priorities were (“We have a desire to provide socio-economic security to every Indian, especially farmers, the poor and the vulnerable”)—there was a feeling among this crowd that something was amiss. After all, this government was supposed to be start-up friendly, and just a month back in Delhi, Prime Minister Narendra Modi had left them excited about the future.

In the budget presented Monday, the finance minister made his stand clear about the direction the government wants to take. It would look for entrepreneurship not just in the technology start-up hubs of Bengaluru, Mumbai/Pune and the NCR, but also in smaller towns and villages, and at manufacturing, social and informal sectors. There are no unicorns (start-ups valued at more than billion dollars), there.

Some of the measures that the government announced have the potential to correct that. And tech start-ups need not feel left out either.

While India counts eight unicorns, six of them are domiciled outside India. At least three out of five tech start-ups raising money prefer to register abroad, because it’s easier there. It takes longer to start a company here.

For Mad Street Den, an artificial intelligence-focused tech start-up, it took three months to register. In general, it takes 30-60 days to start up. In the US, it takes four, and in Singapore, two.

It’s difficult to shut down one too. Ganesh Rengaswamy, co-founder and partner, Quona Capital, said he has been trying to close a company for the last 22 months, in vain. The Economic Survey used the term chakravyuh to describe the scenario: even if you have the ability to enter, it’s almost impossible to exit.

While both the start-up action plan and the budget talks about making it easy to do business, there is some way to go. Digitization might work by bringing in transparency to the process.

“We can all take a page out of the Nordic/Scandinavian governments which are tirelessly working towards using Design to make governance transparent here,” says Ashwini Asokan, chief executive officer and co-founder of Mad Street Den.

If the current process is frustrating for the tech companies, it’s worse for manufacturing firms, which have to get more clearances, and cross more bureaucratic hurdles. Getting funded is difficult. While venture capital (VC) firms have started looking at non-tech investments, it’s nowhere close to the demand for capital.

Mahendra Mehta, managing director, Parle Global Technologies Pvt. Ltd (a maker of pharma machines), asks, “Why VCs? Even traditional banks that are meant to help us grow are not interested in companies like us. Funding is tough to come by. But if a tech start-up is willing to pitch anything, even at a conceptual level, they get funding. Those of us in the industry have just come to accept it. We don’t know what else to do.”

Tech start-up founders struggling to get funding might raise their eyebrows, but there is no denying that VCs have a preference for tech firms because they can scale up faster, and there are benchmarks abroad. That’s a reason why they also attract foreign capital.

Foreign funds, from a national perspective, come with two dangers, says Baba Prasad, chief executive of Vivekin Group and author of Nimble:How Intelligences Can Create Agile Companies and Wise Leaders. It’s not stable, with the risk of money getting pulled out during tough times.

And it often comes with an agenda that’s influenced “by imaginations and demands of a non-Indian market,” he says.

Prasad suggests the creation of a Fund in India programme that includes providing incentives for India-based funds, and encouraging corporate VC funds such as those of Bharti Airtel Ltd, Reliance Industries Ltd and the Fortune Group.

“No one understands an Indian entrepreneur better than another Indian entrepreneur. The Indian corporate entity as a VC is still an unknown phenomenon. Even if this trend can be encouraged by giving tax sops, it would serve the purpose,” says Navroz Mahudawala, founder and managing director, Candle Advisors. “There are a plethora of Indian companies generating more than Rs.100 crore net profit every year. A 2-5% of that number being pooled into the startup ecosystem can do wonders.”

Equity is just one part of the problem. Rengaswamy points out that one of the main reasons why small and medium enterprises (SMEs) fails is lack of working capital.

“If one inquires with a typical SME entrepreneur,” Mahudawala says, “the common pain point is lack of bank finance. We will not be able to develop the manufacturing SME ecosystem until we don’t get this right. There needs to be a separate range of financial products available for SMEs.”

SMEs might account for only 17% of GDP, but they employ close to 40% of India’s workforce. Close to half of SMEs are based in rural areas, and could turn out to be the biggest employer of semi-skilled labour, and those who are moving from agriculture to industry. (In agriculture, the productivity is even worse.)

The budget has a proposal that the government would pay Employee Pension Scheme contribution of 8.33% for all new employees enrolling in EPFO for three years as an incentive to create jobs. However, with a provision of Rs.1,000 crore, this is estimated to translate to just about 500,000 jobs—a fraction of the 10 crore jobs in five years that the Bharatiya Janata Party (BJP) promised during its campaign ahead of the general elections in 2014.

The organized sector can only go so far in generating employment. If we are thinking of providing jobs to 100 million people, the only way to achieve that is to create more entrepreneurs, says Madan Padaki, who heads Head Held High Services Pvt. Ltd, which is focused on training rural youth.

There are signs that government recognizes that. For example, the present budget talks about entrepreneurship training in 2,200 colleges, 300 schools, 500 government industrial training institutes and 50 vocational training centres through massive open online courses. However, it’s not clear how helpful listening to video lectures would be to achieve that end. One of the more creative—if tougher—ways to create entrepreneurs is through a pilot—Padaki is working on along with Saras D. Sarasvathy, who teaches ethics and entrepreneurship at Darden School of Business, University of Virginia.

The pilot, to be launched at two places in Karnataka, is based on the principle that the best way to learn entrepreneurship is by doing it. At the core of the project is a set of five colleges, where about 10 teachers will get orientation in entrepreneurship, and students will help in nominating 500 entrepreneurs, defined broadly as anyone who provides employment to at least one other person through an economic activity.

The team would then finalize 100 of them—they could be tea stall owners, small restaurant owners, shops—to coach them on entrepreneurial thinking.

They would also help them to eventually facilitate getting loans from banks, expand their businesses and employ more people.

To call a tea stall owner an entrepreneur might sound a bit of a stretch for someone in a swanky office funded by VC money. Yet, if India is to create new job opportunities for the millions who will enter the job market in the coming years, it’s safer to bet on these micro enterprises, than on China-style mega factories.

These initiatives will help in such entrepreneurial revolution. “If we are to create 10,000 such entrepreneurs in each district, we would have created some five million entrepreneurs. If each of them employ two to three people, then that is 10 to 15 million jobs,” says Padaki.

The underlying principles and tools behind this pilot—motivation, support and funding—are not too different from programmes like challenge grants, which prod entrepreneurs to find solutions for a problem that needs to be solved.

Birac had partnered with Bill & Melinda Gates Foundation to launch Grand Challenges India to co-fund projects that “aim to harness Indian innovation and research, and direct scientific discovery to develop affordable, sustainable solutions that improve health in India and around the world”.

Biotech is widely considered to be a model for how government can help create an ecosystem, and Birac had a huge role to play in it. It has funded over 300 companies and 150 start-ups, helped in developing 30 products and even more IPs (intellectual property).Sharma sees Birac as an example of what a government agency can achieve—help launch companies, create jobs, and develop products that can have a huge impact.

T.V. Mohandas Pai, former chief financial officer and human resources head at Infosys Ltd, and chairman of Aarin Capital, says there is a potential to create one lakh of these new age start-ups in the next 10 years. Their value would exceed $500 million and they would provide 3.5 million high-quality jobs.

Arun Maira, former chairman, BCG India, and member of the erstwhile Planning Commission, is among those who are not too impressed with the valuation game. Look at the social enterprises, he says.

“They measure their success not by valuation, but by impact.”

So, by placing the accent on value over valuation, inclusion over narrowly focusing on tech start-ups, rurban (rural growth clusters) over urban, Jaitley may have signalled his intent. But it’ll take much more than just intent for India’s entrepreneurial ecosystem to develop firm roots.

Tag a Boosting climate Entrepreneurship gap: Mind of The