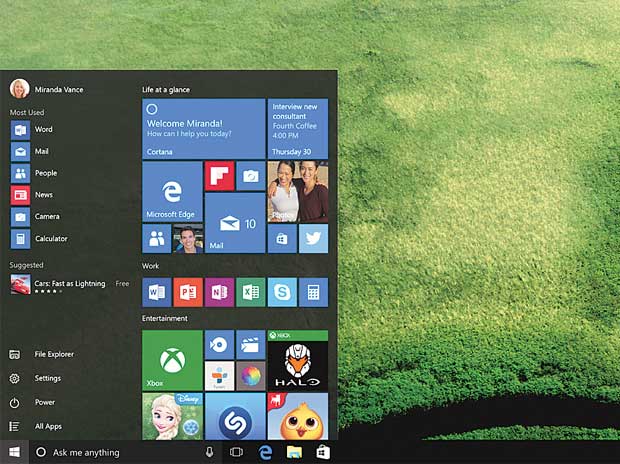 This report has been updated to incorporate a statement from Microsoft.

Even with what seems like an essentially great operating system, a new security clause from Microsoft has been raising eyebrows.

According to a tech blog called Alphr, a clause in the Windows 10’s services agreement allows the operating system to scan all software and hardware on your computer and disable anything it believes is illegal, a report in Forbes said.

Section 7b in the Windows 10 service agreement, all of whose terms and condition one must agree to before installation, reads, “We may automatically check your version of the software and download software updates or configuration changes, including those that prevent you from accessing the [Windows] Services, playing counterfeit games, or using unauthorised hardware peripheral devices.”

Those who blindly check the “I agree to all terms and conditions” option before proceeding to software installations might be in for a rude shock later. Microsoft had in June also included this provision to the service agreements for Windows Phone and Xbox Live (effective August). This essentially means not only would Microsoft have the power to hunt out all the pirated copies of office software, design softwares, and even games, it will also be able to disconnect or not accept connections from hardware it deems “unauthorised”.

In the long run, the Forbes report suggests, Microsoft might also even pass on the details to the creators of such software or games, who can then take the user to court with the evidence in hand.

What more, according to a report in engadget.com , Microsoft will also not allow a user to run old versions of popular games like Grand Theft Auto III, Battlefield 1942, The Sims, and others which run on certain versions of SafeDisc and Securom DRM (digital rights management).

On the whole issue, a Microsoft spokesperson said: “As part of delivering Windows 10 as a service, updates may be delivered to provide ongoing new features to Bing search, such as new visual layouts, styles and search code. No query or search usage data are sent to Microsoft, in accordance with the customer’s chosen privacy settings. This also applies to searching offline for items such as apps, files and settings on the device. To learn more about customer privacy please view the Microsoft Privacy Statement.”