You are here: Home  /  ELECTRONICS  /  Apple takes a pass on NFC in iPhone 5
ELECTRONICS

Apple takes a pass on NFC in iPhone 5 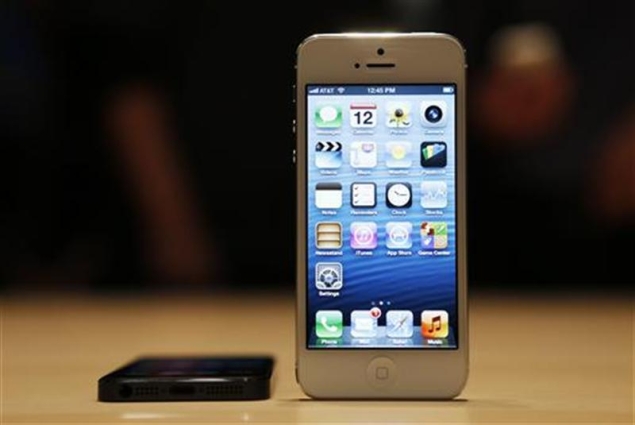 Apple takes a pass on NFC in iPhone 5
eBay Inc Chief Executive John Donahoe often quotes a merchant saying NFC stands for “Not For Commerce” and dismisses the prospects of Near Field Communication technology used to turn cellphones into mobile wallets.
He got some support this week from Apple Inc, which did not embed NFC chips into the iPhone 5.

NFC proponents had hoped Apple would endorse the technology, which passes encrypted data between devices at close range without contact. So instead of swiping a credit card, shoppers can simply wave their phones at a checkout terminal to pay for their goods.

The technology is backed by the largest U.S. carriers and credit card companies, but has failed to take off in America because merchants have been reluctant to spend money to upgrade their checkout terminals until NFC is more widely adopted.

“Anyone hoping NFC would be a reality soon is disappointed,” said Sanjay Sakhrani, an analyst at Keefe, Bruyette & Woods. “Many in the industry were hoping inclusion in the iPhone would be a springboard for more adoption. This takes the impetus away.”

NFC technology, which has uses beyond mobile payments, is backed by Isis, a mobile wallet joint venture between Verizon Wireless, AT&T Inc and T-Mobile USA. Isis’ financial services partners include American Express, JPMorgan Chase and Capital One Financial.
Like many new technologies, NFC is hampered by a chicken-and-egg problem. Mobile phone makers like Apple are reluctant to take on the extra cost and engineering effort of embedding NFC chips because many merchants can’t accept payments this way yet. Meanwhile, merchants won’t install NFC until more consumers have the technology on their phones.

Isis said on Thursday that it was delaying the launch of its NFC mobile payments service for the second time this year.

“Isis has placed a massive bet on NFC,” said David Evans, founder of Market Platform Dynamics and an adviser to companies in the payments business. Apple’s decision “is another reason to believe that Isis doesn’t have much promise of getting off the ground.”

Apple did not include NFC because it is not clear the technology solves any current problem, marketing chief Phil Schiller told AllThingsD on Wednesday.

We will pass
Instead of embracing NFC, Apple is developing Passbook, a mobile app that pulls together loyalty cards, tickets and coupons on the new iPhone. Many analysts consider this an early version of a digital wallet, except Passbook does not let users link their credit and debit cards yet.

Other digital wallets have already been developed by companies including eBay’s PayPal, Google Inc and Visa Inc. These wallets aim to bring together credit and debit cards, bank accounts, loyalty cards, rewards and coupons in one place, letting shoppers pay for purchases mostly online, but increasingly in physical stores too.

NFC’s advocates argue it eliminates plastic and cash and can be more secure than magnetic strips. But that alone will not persuade consumers to stop using credit cards in stores because plastic is already so convenient, experts say.
“It is a new technology and one that is unfamiliar to users. So that opens up new possibilities for abuse and naiveté,” said Charlie Miller, principal research consultant with Accuvant. But he said NFC allows for interesting security options that traditional credit cards don’t, such as account numbers that change dynamically.

PayPal is betting that other services that make digital wallets more useful will encourage consumers to switch it is designing a digital wallet that helps consumers do as many things as possible from one place, including buying flight or movie tickets, sending money to other people and tapping coupons, rewards and loyalty cards.

“Technology is not what’s going to win this digital wallet war. It’s going to be about the consumer value proposition,” said Carey Kolaja, senior director for PayPal’s product team.

Others argue NFC still has potential, partly because merchant incentives from Visa and MasterCard are expected to spark a wave of payment terminal upgrades in coming years. These upgrades will include NFC capability.

“It is difficult to buy a new terminal that doesn’t already have NFC technology, and soon it will be impossible,” said Rick Oglesby of consulting firm Aite Group.

But the software and service providers behind the terminals will also have to be ready to accept and process payments that come with coupons, loyalty cards and rewards programs.

At the moment, most terminals can handle the amount of the transaction and the card number and not much else, Oglesby said.

Until this is all sorted out, Apple will likely wait to enter the payments business aggressively, Oglesby and others said. Apple took a similar approach to 4G LTE wireless technology, waiting until coverage was wide enough this year to unveil an iPhone that uses it, Oglesby noted.

“They won’t do something until they know a lot of their customers will use the service,” he said.

Tag 5 a Apple in iPhone NFC on Pass takes