You are here: Home  /  COMPUTERS  /  Finney: Computer store hell, or why I prefer hardware stores 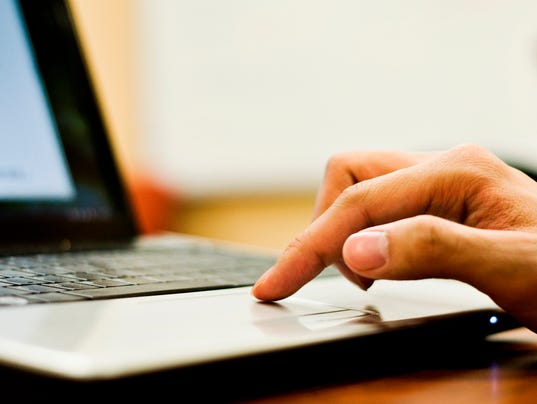 The tiny light on my personal computer’s power cord failed to turn on when I plugged it into the wall.

The light is supposed to be orange when it is charging the laptop’s battery, and green when the battery is fully charged.

But it was black as a burned out Christmas light. I searched the Internet for a solution.

I found videos that suggested various forms of restarting the computer holding down certain keys. I tried them all. Still, the light would not glow.

I called the computer company’s technical support. It was pleasant enough. They let me pick what kind of music I could listen to while on hold.

I chose classical. I find it soothes the nerves.

I went through two tiers of tech support, each tier asking me to restart the machine holding down various keys with or without the charger plugged in. The techs instructed me to try a different outlet. I did as they commanded, but it was all for naught.

The horrible fate I’d hoped to avoid from the start could no longer be dodged. I would have to take the computer into the store that sold it to me.

This store was at a suburban mall. And, oh, by the way, it was two days before Christmas.

Now with this particular kind of laptop, you don’t just pop by the store for a look underneath the keyboard.

You need an appointment with a group of people so preciously named that I chose not to type it here for fear the pretentiousness will spread further in a culture already far gone on corporate self-aggrandizement.

I made the appointment and drove to the mall. I weaved my way through the crowds as gracefully as a man of my stature can manage.

I got to the computer store. I checked in with a woman standing by the door. She said I was 20 minutes early.

I explained that the last time I had an appointment there, I was a few minutes late and they refused to see me. 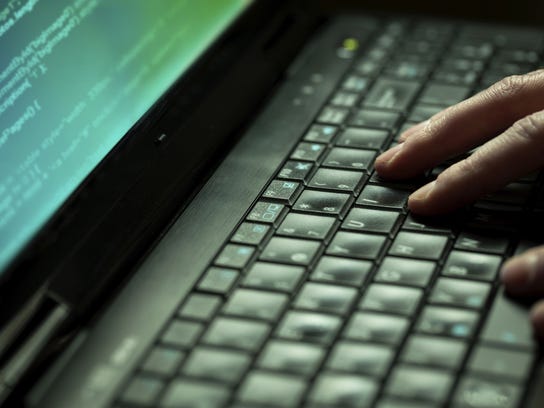 She told me to go stand by a giant screen flashing constant images of the company’s products. The entire store was like being caught in a J.J. Abram’s lens flare. Bright, white light bombarded me from every angle.

Somehow, I thought hell would be darker, with more fire.

More people came and stood by me.

“Is this when the mass executions begin?” I said. “I am ready to go. Skip the blindfold and cigarette.”

Nobody laughed. Sometimes I forget how fragile we are in the 21st century.

I began to wonder if this was some sort of slow-motion exercise plan. They would just move me from station to station until I either lost weight or gave up the will to live.

Finally, an actual tech came to attend to my computer. We went through the plugging, unplugging and restarting holding down various keys routine.

The tech took the computer into the back room. He came back in a few minutes.

He said I had one of three problems. Two could be fixed for about less than $100.

The third repair cost $400 and required sending the machine to the magic flying unicorn farm where these devices are manufactured by the top sorcery graduates of Hogwarts.

I told the tech they could fix it up to the second option, but if it came to the third, I wanted to be called first. He told me it would be five to seven days.

I left the mall as quickly as possible. I don’t recall how much time the whole ordeal took. In fairness, the computer store employees were very nice and managed to stay pleasant despite being overwhelmingly busy.

Still, I had the urge to drive to the nearest hardware store.

A recalled driving with my girlfriend on a snowy day a few weeks back. A piece of ice froze on one of my windshield wipers, leaving a wet streak right across my field of vision.

I rolled down the window and attempted to grab the wiper, lift it off the windshield and drop it down to break the piece of ice free. Instead, the wiper blade broke off in my hand.

It snowed hard enough that I couldn’t make it home with the loss of visibility. I stopped at a hardware store, annoyed at my own stupidity. I went in, and as soon as the hardware store smell hit my nostrils, I relaxed. I don’t know what makes that smell, but some genius scientist should bottle it and sell it.

I stopped at the cashier. The man’s name was Raye, the perfect name for a hardware store employee. I told him I needed a wiper blade.

“Aisle six,” he said without hesitation.

I walked back and found the blades, but I couldn’t quite figure out which one I needed. My broken blade was curved. The ones in the box were straight.

I went back to see Raye. No problem, he said.

He spoke into a microphone pinned to his shirt. “Customer service to aisle six,” Raye said.

There, a man named Harley met me — another perfect name for the hardware store. Harley took my broken blade, measured it against several blades and finally selected one.

“I’d bet money that’s the right one,” Harley said. “If it’s not, bring it back in and we’ll exchange it for the right one.”

I bought the blade and went outside to install it. Harley was right, as if ever there was a doubt.

I thought about Raye and Harley and the hardware store as I left the computer store. I know they are different kinds of stores.

Still, if the computer store could learn one thing from the hardware store, it’s this: Have more people like Harley and Raye around and see what you can do about duplicating that hardware store smell.