You are here: Home  /  ALL DEALS  /  Hardware start-ups warm up to Make in India
ALL DEALS

Hardware start-ups warm up to Make in India 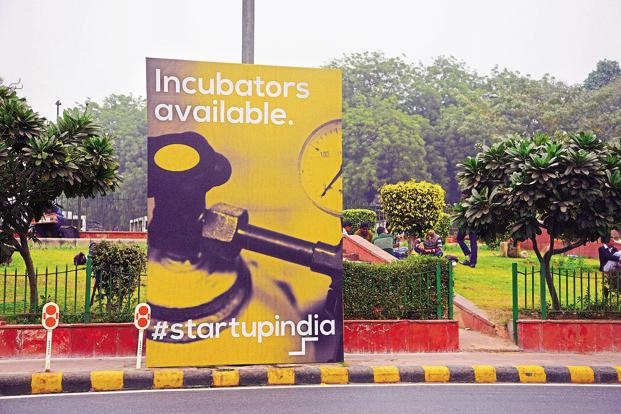 When Prime Minister Narendra Modi exhorted entrepreneurs to make in India in his 2014 Independence Day speech, it was touted as a watershed moment for the manufacturing sector, which accounted for 17.3% of the country’s gross domestic product in 2013-14. The corresponding number for China stood at 36%, according to the World Bank.

The announcement was met with cheers across the country which, until 2013-14, had 48.85 million small and medium enterprises supporting 111.43 million jobs. A fillip to the manufacturing sector, experts reasoned, would translate into more jobs. Although the campaign was directed at boosting small and medium enterprises and encouraging large enterprises to manufacture in India, hardware-led technology start-ups that barely considered manufacturing in India, are also warming up to the initiative, though with caution.

“In some sense, it encouraged a lot of people to consider manufacturing here. Before the campaign, nobody was even considering it. Everybody would say we have to do the prototyping and go to China or Taiwan,” said Nihal Kashinath, founder of IoTBLR, an association which promotes Internet of things through events and workshops.

One of the most well-capitalized hardware start-ups, Grey Orange, which develops robots for warehouse automation, manufactures them in India. It has so far raised $30 million from venture capital firms Blume Ventures and Tiger Global.

According to Tracxn, a start-up tracker, at least 122 hardware-led tech start-ups were founded in 2014 and 85 last year. Out of them, 16 got funded in 2014 and 28 attracted investors in 2015. Total funding in hardware-led start-ups in the last two years added up to about $140 million, according to Tracxn data. Make in India has a host of initiatives such as allowing full or partial foreign direct investment in 25 sectors including automobiles, aviation, biotechnology, defence manufacturing and electronic systems. But the three important announcements that were relevant to start-ups were manufacturing incentives, focus on skilling labour and a simplified intellectual property regime.

However, stakeholders believe it is a little too early to celebrate the initiative as tangible benefits will only start showing in the next three to four years. There are infrastructural challenges to be met around connectivity and supply of skilled manpower.

“You need to give it two to three years to see the kind of traction that you are looking at. If you look at the likes of Micromax, Karbonn and Lava, if these big players are coming in a big way, the entire ecosystem will get a major fillip. Make in India covers both venture capital-funded start-ups and small and medium enterprises. It also covers large enterprises. Start-ups can join hands with a partner and such a move will help in branding as well,” said M.N. Vidyashankar, president, India Electronics and Semiconductor Association. A major fillip came in August last year when Foxconn Technology Co. Ltd, the world’s largest contract electronics maker, announced a $5 billion investment to set up manufacturing units in Maharashtra over the next five years.

A re-entry into India by the Taiwanese company has spurred other electronics makers to set up shop here and start the process of building a comprehensive, ground-up electronics supply chain that is essential for the Make in India push.

Over the last year, several international businesses and home-grown phone makers, who otherwise sourced from China, have set up shop in India.

China’s Lenovo Group Ltd started assembling smartphones in its 40,000 sq. ft facility in Chennai run by Singapore-based contract manufacturer Flextronics International Ltd. The same month, China’s Meizu Technology Co. Ltd, in which e-commerce giant Alibaba Group Holding Ltd is a minority stakeholder, entered the Indian market and said it plans to make handsets in the country. The company is in talks with Foxconn. Karbonn Mobile India Pvt. Ltd set up a 150,000 sq. ft plant with an investment of Rs.50 crore in Noida in partnership with mobile phone designer, manufacturer and supplier Water World Technology Co. Smartphone brands Xiaomi Corp., InFocus and Oneplus have also partnered with Foxconn to manufacture devices in the country.

Chinese smartphone vendor Gionee said it has tied up with Foxconn and Dixon Technologies (India) Pvt. Ltd to start manufacturing mobile devices in India, and said it planned to invest $50 million in India over the next three years.

Micromax, which sources devices from China with Foxconn’s help, has now started making phones in India at its plant in Rudrapur. Rising labour costs in China, which dominates manufacturing, and an eagerness to reduce dependence on that country are pushing manufacturers to new destinations. One such place could be India, which last February raised customs duty on imported phones and handed out larger benefits for domestic producers of these phones and tablets to encourage local manufacturing.

“In a country of 1.2 billion, I see manufacturing not as a choice, but as a compulsion. From addressing the supply side of products to catering the needs of consumers to creating employment to adding to India’s GDP, I see a great viability. And as far as electronics manufacturing is concerned, it is a big opportunity. After China, we are the second largest consumer country today. So as far as viability (goes), I see tremendous opportunity here,” said Rajesh Agarwal, co-founder of Micromax Informatics Ltd.

“We are very strong on the software side, and simultaneously, we are also getting stronger on the hardware side also. Other thing is easy availability of labour. After China, we see the highest availability of labour in India and at much cheaper price than China,” he added. Indian start-ups such as CREO (Motiveprime Consumer Electronics Pvt. Ltd), which makes an Android-based smartphone brand that is currently designed in India but assembled in China, hopes to make use of the spillover benefits from phone makers assembling here.

“In terms of hardware, the most important thing that is currently not there is skilled labour. But with companies like Foxconn coming in, that will automatically change. When I heard of Make in India what I was expecting is that in three-four years we will have a skilled workforce. The second thing which I expected was some kind of benefits which I think the Startup India programme has announced in terms of taxation and in terms of simplification,” said Sai Srinivas, chief executive officer of CREO.

It is not just phone makers, but also start-ups in the defence sector who claim to have benefited.

For ideaForge which counts the armed forces and multiple state enforcement agencies as its clients, two announcements—shifting the FDI limit in the defence sector from 24% to 49% and considering non-repatriable investments by non-resident Indians and persons of Indian origin on par with Indian investment—proved to be key.

“These are very enabling moves for start-ups because a lot of investments in the high technology space and hardware category is likely to come only from people outside the country because a lot of Indian investors do not yet appreciate hardware technology based start-ups,” said Ankit Mehta, CEO at ideaForge.

Mehta said he is hoping more will be done.

“There are a lot of other issues as well, and I’m yet to see any action on them. Make in India is yet to carve out a niche for Indian designed and developed technologies. There should be some additional incentives for our start-ups and they should be given an advantage in terms of procurement,” he said.

However, experts said the Make in India initiative is directed more at small and medium enterprises than venture capital-backed start-ups.

“I would agree that Make in India is more inclined towards small and medium enterprises though it talks about innovation and products,” said Savan Godiawala, senior director, Deloitte.

Godiawala pointed out that despite the favourable technological climate, issues around connectivity and infrastructure need to be sorted out before people fully buy into the campaign. Last month, the government announced measures to boost start-ups including a Rs.2,500 crore annual fund for the next four years, exemption from capital gains tax on investments via this fund, self-assessment for three years and faster patent applications, initiatives which are likely to encourage entrepreneurship in India.

Tag Hardware in India make start-ups to up warm