You are here: Home  /  COMPUTERS  /  Raspberry Pi computer looks down on Earth
COMPUTERS 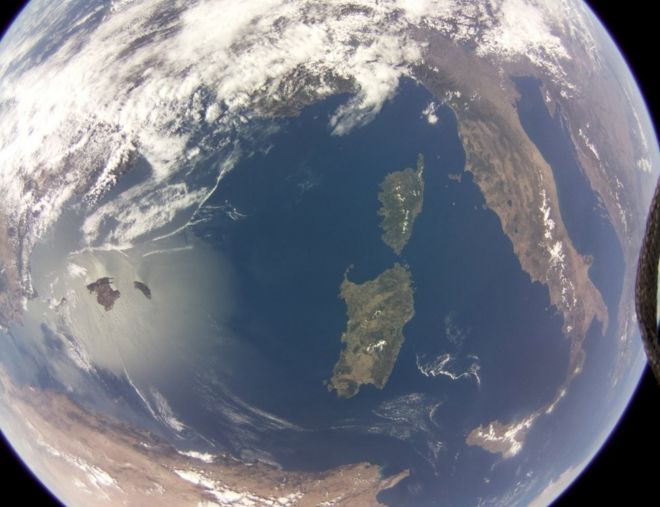 This is a neat image of Planet Earth, showing another beautiful day in the Mediterranean.

The outlines of Italy, Corsica and Sardinia are unmistakable. The view to the west includes the Balearics.

What’s interesting about the picture is that it was taken with a commercial off-the-shelf Raspberry Pi computer and camera.

The UK satellite company SSTL attached the equipment to a demonstration spacecraft to see how it would perform.

To be clear, the single-board, educational computer has been flown in orbit before – and taken pictures.

The European Space Agency sent two Raspberry Pi units to the International Space Station (ISS). But these were ruggedised units specially prepared for the purpose.

The one flying on SSTL’s Demonstration of Technology satellite (DoT-1) is the same set-up you would purchase on the High Street. SSTL spent £50.

The only modification that’s been made is to swap the standard lens for a fish-eye one.

“We bought three (computers) and did some tests to see which one was performing the best – selected that and flew it,” explained SSTL engineering director Rob Goddard.

“We put it in a metal box but fundamentally we didn’t do anything to the Pi Zero.”

The Guildford-based company is so impressed with the way the Pi has worked, it’s thinking of flying the mini-computer and accessory camera on a more regular basis.

There are number of potential roles but the most obvious is as a “selfie” inspection tool.

Satellites carry deployable structures such as solar panels, booms and antennas. A simple camera set-up might help engineers on the ground troubleshoot a mechanism that wasn’t working properly.

Outreach is another option; this is how the Pi’s been used on the ISS. And, no doubt, there’ll be smart people out there who can write algorithms to analyse the stills and videos for some “quick and easy” science.

Media captionVideo of the North Sea. Denmark is to the right. The UK is under cloud to the left

SSTL has pioneered the application of so-called COTS – “commercial off-the-shelf” – components. It’s how the company opened up the market for small satellites, bringing down costs by reaching for solutions in the consumer electronics industry.

You cannot put anything in orbit however and just expect it to work; reliability in the harsh of environment of space is hard won. But, at the same time, not everything needs to be gold-plated.

The primary mission of DoT-1, launched in July, is to prove the performance of a new Core Data Handling System (Core-DHS). This avionics package is the brains of the satellite, consolidating among other equipment the main computer, GPS, the attitude and orbit control system, and the radio transmitter and receiver.

“We used to have all this in different trays and now it’s all on the same board,” said Rob Goddard.

“It’s cut the mass down significantly. In future the Core-DHS will go in satellites that range in size from 20kg all the way up to 300-400kg. Obviously, in testing this core avionics we wanted to load it up with something as a payload and decided to go with this Raspberry Pi.”

The Pi project was run in collaboration with the Surrey Space Centre at Surrey University. 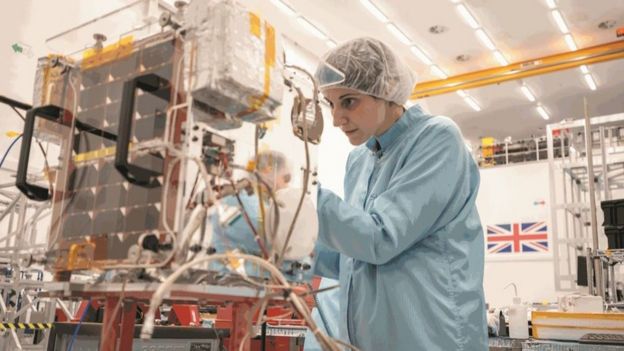